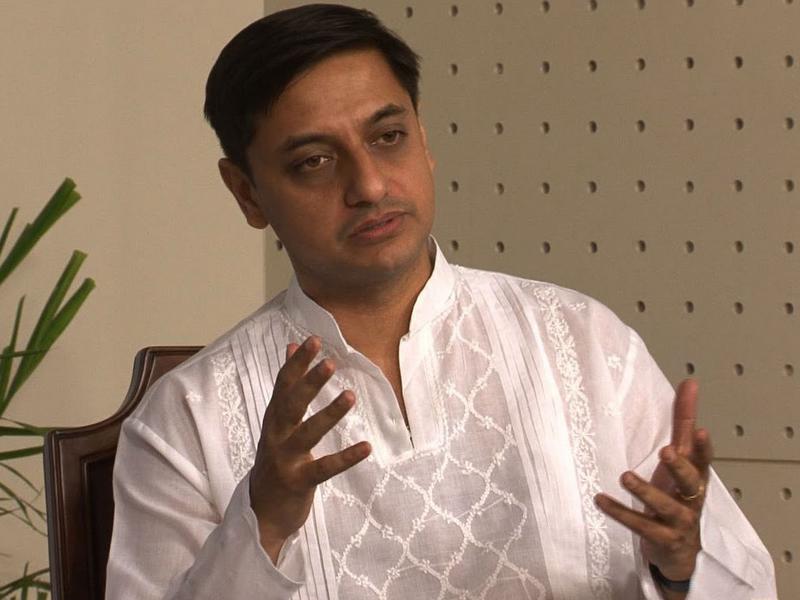 Sanjeev Sanyal opened his talk, organized by the Srijan Foundation, by countering the fundamental argument raised by Indian History students, lovers and researchers that Indians’ aren’t interested in their history.

Here is what the amazing Sanjeev Sanyal says.

The genesis of this topic (Topic-How much of Indian History is really true) comes from the statement that I often hear, particularly from educated people that Indians are somehow ahistorical people. What that means is that we are sort unique people in the world, not caring about our past. This is a really an astonishing accusation to make about what is arguably the world’s oldest continuous civilization

Here are people who in normal conversation will throw ideas, names and idioms that appear in epics that are from Iron Age. Everyday tens of millions of Hindus will chant the Gayatri mantra which was composed in a very ancient form of Vedic Sanskrit, in the Bronze Age and depending on who you would ask, is anything between 3500 to 5000 years. So clearly, we are if anything, people obsessed with our past, obsessed with the continuity of our civilization and this continuity, as we will discuss, we have bought with our blood.

So surely it is strange that we should be accused then, of not having any interest in our history. If we have not been interested, I would not have been able to fill out this room at all.

And because we know intuitively that it is false, we tend not to have much respect for it. So the issue really is that to what extent is it false or by converse true and the second question of course then is, how do we then begin to tell the story in the so called the correct way?

In many reasons, history has been mangled as it is presented to us today. And I will present some of the reasons and not all because it will take way too long.

And therefore if u read Indian history, it is a long litany of battles that the Indians lost. So think back to the history books that you read, at college or at school. It is about the three battles of Panipat, it is about the battle of Plassey and the Battle of Buxar.

But you never read about the battles that the Indians won. And well, in fact we won quite a lot of battles if we go back and dig up our history books. We know that for the very simple reason that we are still here. And we won this continuity of civilization by spilling a lot of blood. And we won quite a lot of times and that is why we continue to exist because it was not as if that those who invaded us didn’t try to forcibly change us and dominate us.

Did you know: Martanda Varma of Kerala defeated the Dutch - the most powerful navy of the time

Discrimination against Hindu institutions by executive and judiciary

The Sanyasi Rebellion Against British Invaders