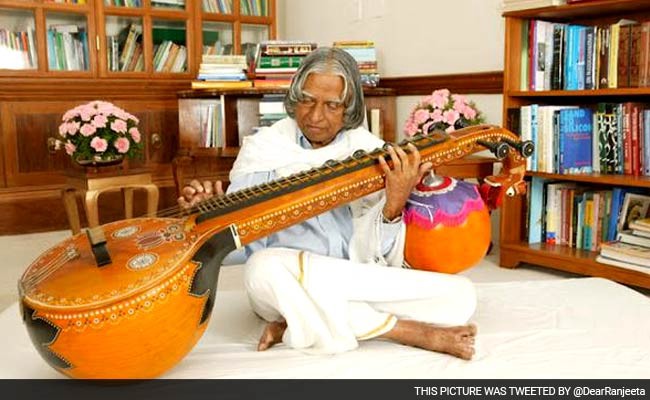 Dr. Kalam has been one of the most loved President the country has seen. The joy on him becoming the President during Vajpayee’s term and later the outpouring of grief on social media on his passing away is testimony to the love that an average Indian carried for him.

After Barrack Obama became President of the United States, articles appeared in Indian media on whether Hindu majority India would ever be able to cross the barrier of having a Muslim Prime Minister largely because of the legacy of the religion-based partition of India in 1947 with Jinnah-led Muslims demanding a separate homeland for themselves.

While the Presidential post is a ceremonial one and has seen many Muslims in the past, getting a Muslim Prime Minister to lead the country sounds surely like a tall order. Or is it?

So deep and wide-spread was the love for Dr. Kalam that my conjecture is that India would have accepted him with open arms to take the top executive post of the country. Here’s why.

Dr. Kalam was an intense nationalist and loved India deeply. Even while retaining his Islamic practices, like Dara Shikhon did, he adopted Hindu philosophy with open arms. This was a reflection of him living India’s core value systems — “Ekam Sat Viprah Bahudha Vadanti” (Truth is one, sages call it by various names). His spiritual Master was a Hindu saint — H.H. Pramukh Swami Maharaj, the head of BAPS, a Hindu organization of the Swaminarayan order. He read the Gita and practiced playing the Veena (purportedly a Hindu symbol of music & learning associated with the goddess of learning — Saraswati) everyday. He was a spiritual “seeker” (as opposed to a “know-er”) — which has always been the foundation on which all Dharmic/Indic religions are based.

Widespread following for Shirdi Sai Baba and Sant Kabir — both Muslims — stands testimony to this embracing nature of Hindus notwithstanding anyone’s religion as long as they carry India’s core values.

The irony is that Muslims, specifically the divisive Muslim leadership of India reject him as a “non-Muslim”. This inspite of him being practicing Muslim. Here’s an excerpt from his interview with MJ Akbar:

Dr. Kalam is curiously missing from the popular discourse among Muslims at large in India. So seeped is Islam (and the discourse among Indian Muslims about Islam) in ‘exclusivism’ of the true-ness of only their faith — and by corollary the falseness of all other religions and faiths — that it rejects any Muslim who openly admires and adopts spiritual practices from other faiths, specifically Hinduism.

This goes completely against the core value systems of India — of inclusiveness and mutual respect of all faiths and religions.

And yet, there is no discourse among the #AdarshLiberals (a term given to vociferous self-proclaimed defenders of India’s secular social fabric) about questioning and challenging this shameless rejection of Dr. Kalam. And sadly, it is divisive people like Zakir Naik who’ve been made heroes even among the highly educated and mainstream Muslims in India. This is the same Zakir Naik who had defended Osama bin Laden and defended killing people who leave Islam.

He was recently honoured with the top Saudi award for ‘Service to Islam’.

You might find it interesting (and deeply sad!) to note that Afshan Jabeen who was deported from Dubai to India for being an ISIS Supporter had the same televangelist Zakir Naik’s speeches on her view-list of Islamic preachers (and hate-mongers).

For Islam to meaningfully synthesize with other spiritual traditions of India, Indian Muslims must reject the exclusivist ideology of ‘your-faith-is-false’ and ‘only-Islam-is-true’. Just “tolerance” is not enough. Acceptance and respect is the answer. Islam must learn that.

Until then it will continue to remain antagonistic to Hindus and other Dharmic religions of India. There is a direct link between this antagonism and Hindu revivalism taking root in the country.

It’s believed that Sagara, the grandfather of Rama, worshipped the Swayambhu Lingam at Sakaleshwara Swami Temple

Many cities of India are named after Vedic Gods

Why Russia is NOT the West: And why the West hates it