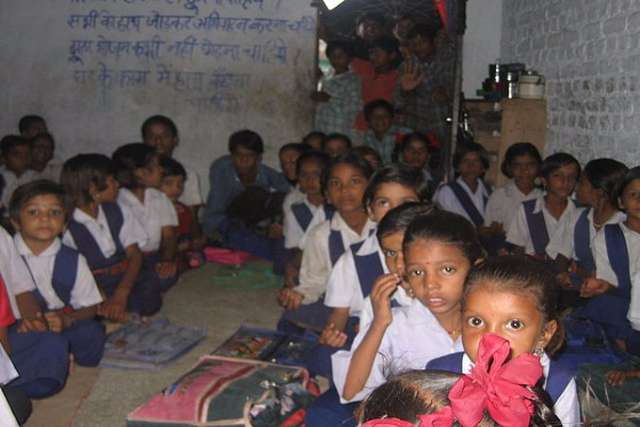 Macaulay’s famous minute on education (1835) led to the establishment of a colonialist system of education that is still in force.

It replaced the traditional system of village schools, which created near-universal literacy, to a system that led to school dropouts in large numbers.

This is the second in a four-part series about the way Indian thought, culture and knowledge was systematically trivialised by the colonialists.

The Indic traditions have been under relentless attack by Eurocentric scholars who have controlled the public discourse and contents of the textbooks for nearly 200 years. The intention to destroy India’s own traditions of knowledge was articulated in Macaulay’s famous minute of 1835, which led to the establishment of a colonialist system of education that is still in force.

Macaulay justified this by saying,

“I am quite ready to take the Oriental learning at the valuation of the Orientalists themselves. I have never found one among them who could deny that a single shelf of a good European library was worth the whole native literature of India…It is, I believe, no exaggeration to say, that all the historical information which has been collected from all the books written in the Sanscrit language is less valuable than what may be found in the most paltry abridgements used at preparatory schools in England…We must at present do our best to form a class who may be interpreters between us and the millions whom we govern; a class of persons, Indian in blood and colour, but English in taste, in opinions, in morals, and in intellect.’’

Macaulay’s ignorance about India was matched by his arrogance. His ideas were challenged in his own times, but they won the day because they suited Britain in its creation of a system which would make India dependent not only physically but also intellectually. Indian tradition was now interpreted for Indians by Western scholars who did not understand its complexity. Their synthesis cast Indian history in a mould that did it a disservice. Indian civilisation was called world-negating and mystical and presented as antithetical to the West.

In practical terms, Macaulay’s programme led to the dismantling of the traditional system of village schools which had provided near-universal literacy to the people.

The village schools had great room for improvement but they were very effective and were one of the institutions of local power. When they were superseded by new schools, run by the British bureaucracy using an alien language whose benefit ordinary people could not see, children of the poorer classes simply pulled out. This led to the illiteratisation of the great masses of the Indian population.

Central control was also disastrous for agriculture. In most of the country lay a system of tanks that had existed for millennia. These tanks were repaired by village councils. The English disbanded the local councils and instituted a system of canal irrigation even for places where it was unsuitable. Soon, the tanks fell into disuse leading to a fall of the water table. This had disastrous effects for agriculture.

In the colonial state, the idea of profit was replaced by that of service of the British Empire. The new system of education was instrumental in the socialisation of this view. The idea of the other-worldly Indian was promoted.

After independence, socialists seized control of institutions and the process set forth by the British was much accelerated. It is only now, fifty years after political independence, that an objective understanding of the foundations of Indian culture is beginning to emerge.

Ancient History Bogie of Aryan Invasion Did You Know Jul 15, 2019

Jallikattu – stop slaughter, not the sport

Menstruation Practices in Hinduism: What & Why? — A Talk by Nithin Sridhar