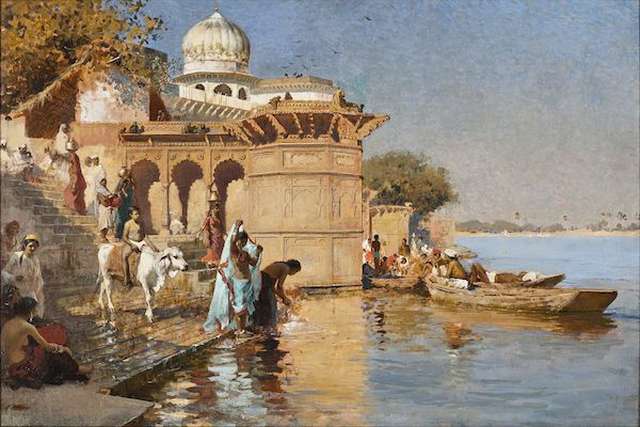 In the first part of this series, it is explained how the first Western philologists sowed the seeds for the denigration of Indian texts and culture.

Europe’s task was to separate Indians from their “decadent” culture so that they could get connected to the “superior” European heritage.

This is a four-part series about the way Indian thought, culture and knowledge was systematically trivialised by the colonialist.

Current trends of population and economic growth indicate that in a couple of decades India, United States and China will be the three principal powers of the world. As Europe fades in importance, perceptions and attitudes regarding India, forged during the height of the colonial period, will be challenged.

The new understanding that will emerge will be an element in the dynamic that drives India’s transformation, and it will also profoundly affect the world-view of the Westerner.

In popular narrative, India is stereotyped in a dichotomous manner: as a land of deep social stratification and unceasing strife, and a place of uncommon wisdom and spirituality. This dichotomy represents the ambiguity felt by the West toward India, reflecting the complexity of their historical encounter.

Described by medieval Europeans as a paradisiac kingdom that Europe aspired to be, India was transformed in a few more centuries to be the antithesis to Europe’s self-image. European scholars, reflecting prejudices of the 19th century, saw their own culture as masculine, rational, and scientific while they viewed India as feminine, mystical, and irrational. The caricature of India as the (Other) to Europe arose out of the need to justify the domination of India by appeal to reason.

Europe saw India’s history in racial terms, where the original vitality of the Indo-European migrants had been sapped by an admixture with the native races. Europe’s task was to separate Indians from their “decadent” culture so that they could get connected to the “superior” European heritage.

The Burden Of Philology

This view of India was bolstered by the philologists, who provided the first Western accounts of the key Indian texts. Ill-equipped to understand material of bewildering complexity, they spoke about the contents in disparaging terms. They were prepared to grant India its speculative philosophy, but they found the system underlying the ritual to be incomprehensible.

The discipline of philology was nurtured on naive ideas of genetic inheritance, for the modern science of genetics was yet to be born. Inspired by Biblical notions of language multiplicity arising out of degeneration of society, a proto-Indo-European (PIE) language was postulated. Behind this formulation was the history of anti-Semitism of Europe, and the PIE could be offered as the (original) language in place of Hebrew.

The philologists, prisoners to their prejudices and etymologies, dismissed the prose commentaries on the Vedas called the Brahamanas, which are central to an understanding of the Vedic times and society. Max Muller called the Brahmanas “a literature which for pedantry and downright absurdity can hardly be matched anywhere…The general character of these works is marked by shallow and grandiloquence, by priestly conceit, and antiquarian pedantry…These works deserve to be studied as the physician studies the twaddle of idiots, and the raving of madmen.”

By ignoring a major component of the literature, they missed an opportunity to understand India. It was to justify their attitudes that Indologists fought the idea that scientific progress had taken place in India. They insisted that Indian mathematics and astronomy was borrowed from the Greek and the Babylonians, ignoring the countervailing evidence in the Brahmanas.

Neither would they countenance the fact that the (Ashtadhyayi) of Panini (450 BC) was a very sophisticated mathematical structure, unique in its conception, that could have only emerged in a vital scientific tradition.

The Indologists argued that even great astronomers like Aryabhata, Brahmagupta, and Bhaskara had copied data from foreign manuals. Although this was shown to be false by Roger Billard about 30 years ago, this statement continues to be repeated by ill-informed Eurocentric historians. They also tend to ignore the tradition of the great Kerala mathematicians and astronomers who, several centuries before Newton and Leibniz, invented advanced calculus.

Neither do they mention logicians in Bengal who developed sophisticated theories of logic about a thousand years before Europe. My own research on the history of Indian science has brought to light long-forgotten mathematics and astronomy in the earliest Vedic period. These discoveries run counter to the dogma at the basis of Indic studies of the past century. This work started with my study of the fire altar ritual of the Vedic people and I found that behind the intricate designs of the altars was an attempt to render the then-knowledge of the outer and the inner worlds to the participants.

The Colonial Influence: How The British Triggered The Illiteratisation Of Largely Literate India

How the British Revenue Reports Support the Ayodhya Cause?

The Connection of Various Indo-European Communities with Vedic Tradition