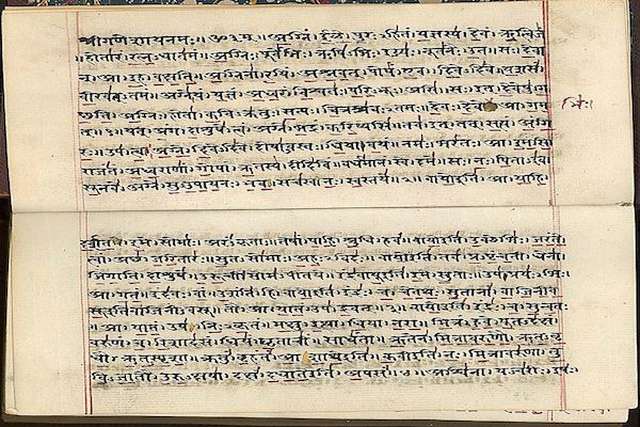 Neither by embracing a false history or by rejecting it altogether can the Indian mind be cleansed of the encrustations placed on it by the colonialist Western narrative.

The past must be confronted on its own terms and, once that is done, India turns out to be a place like any other— with its agency, science, and rationality.

This is the third in a four-part series about the way Indian thought, culture and knowledge was systematically trivialised by the colonialists.

India of the popular textbooks is at odds with facts of history. Ronald Inden, a professor at the University of Chicago, asks the basic question of the West’s representation of India in his highly praised book Imagining India. He suggests that stereotypes in these narratives are based on the West’s own desires for world hegemony, and fantasies about its rationality. He argues that the West’s major depictions of India as the civilisation of caste, villages, spiritualism and divine kings— and as a land ruled by imagination rather than reason— have had the effect of depriving Indians of the capacity to order their world. As a consequence, India— even after independence— is being dominated by the West or its surrogates.

Inden says that the West has created “essences” of India and Indian society. In doing so, it has denied the reality of what India was and is, and created a manageable but grossly distorted view. Ideas found in Indian culture are taken out of their context and used inappropriately elsewhere. In creating these essences, the West denies Indians agency in their own history. Shackled by these ideas, the Indian is unable to shape his own destiny.

Western Sanskrit scholarship is particularly culpable since it tended to view the entire corpus of Sanskrit literature— all 4000 plus years of it— as barely changing in its depiction of religion, political configuration and social organisation. The focus on religious texts in Sanskrit philology has tended to create the impression that Indians are primarily spiritual, interested only in the imagination, and that political and social complexities did not exist in their society.

This view of Indian history served the needs of the colonial state. This history was then taught to the subjects as well as the colonial masters, and became the standard story. Many Indian Sanskritists also adopted this history.

Another issue is that of the use of texts for which no critical editions exist. For example, the texts of the Dharmashastras have not been properly studied. In spite of this a history of the classical India has been constructed based on these legal books.

For example, the Manusmriti has no critical edition. It is quite certain that this book is more known outside India than in India. Of the many friends I have had in India, none ever had seen the Manusmriti, yet it is supposed to represent the law-book that guides Hindu morals.

The disconnect between the reality of life in India and its portraiture in Western books is enormous. Anyone who has grown up in India is acutely aware of this. In spite of this, many Indians choose to embrace the Western stereotypes. But this disconnect causes confusion, self-loathing and helplessness. Some respond by turning away from all history, which can only be debilitating.

Neither by embracing a false history or by rejecting it altogether can the Indian mind be cleansed of the encrustations placed on it by the colonialist Western narrative. The past must be confronted on its own terms, and Inden shows that once that is done, India turns out to be a place like any other— with its agency, science, and rationality. Only when the encrustations are removed will the Indians become a free people.

Part I: Western Philologists Were Responsible For The First Steps In The Devaluation Of Indian Culture

Part II: The Colonial Influence: How The British Triggered The Illiteratisation Of Largely Literate India

The Enduring Appeal Of The Great Indian Epic Song Tradition

The Great Goddess Lalita And The Sri Chakra

Do you know who has discovered “Mount Everest”? Meet Shri Radhanath Sikdar

Nehru Thought That, In Much Of Indian History, South India Was A Separate Country [Video]