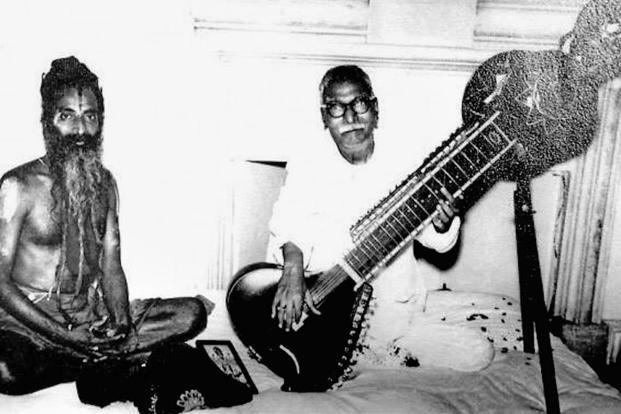 Encased in a glass cabinet at the Sangeet Natak Akademi’s headquarters in New Delhi is a unique instrument. The Datta veena, which was once played by the country’s first president, Rajendra Prasad, is the only known piece of its kind today. It bears the inscription “1961”. The instrument appears to be a hybrid between the vichitra veena and the swarmandal, attached to a Rudra veena—fitted with a built-in harp at the base and a gourd at the top. While there is no known living performer of the Datta veena today, the instrument narrates a fascinating tale of its inventor, Pandit Dattatreya Parvatikar, a musician and a mystic, who has been forgotten over time.

Parvatikar was born in 1916 in Guledgudda village, near the ancient temples of Badami (located today in Karnataka’s Bagalkot district). According to the late scholar musician and music critic Ashok Ranade, who met him once, Parvatikar had shown mystical leanings from a young age. Often, Parvatikar had strange dreams in which he saw mystics inviting him to their abode. In a March 1965 article in the Marathi journal Sangeetkaar, Ranade wrote that as a teenager, Parvatikar once even ran away from home in search of a guru. His family managed to track him down and brought him back. Eventually, Parvatikar graduated from Osmania University, got married and had a son, but his calling was so strong that he renounced family life.

In the same article, Ranade offers an interesting description about Parvatikar: “Dressed like a mendicant, he roamed with musical instruments. He spent several years meditating on the banks of the Tungabhadra river. Staying in different ashrams across the country, he reached the foothills of the Himalayas, giving impromptu concerts outside temples; he gathered a large following over time. He eventually settled in a shack outside the temple of Badrinath.”

The Enduring Appeal Of The Great Indian Epic Song Tradition

‘Vadanta and Science’ as per Erwin Schrodinger

Islam Will Prevail if Hindus do not wake up!

Dr. Koenraad Elst | Will India Survive itself in as one nation?