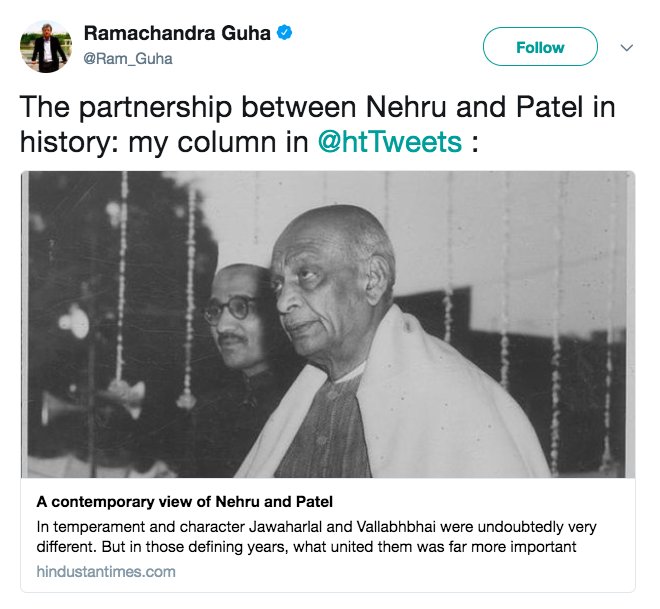 STUNNED. In ALL his copious writings on Nehru, Prof Guha NEVER ONCE mentions that Nehru thought Profit was a dirty word. [ref: BL, Piramal] pic.twitter.com/qg7tT2X9rA

2/2 Prof Guha has WIPED AWAY Iqbal's zealotry & misogyny (https://t.co/zd8GJatDus) so COMPLETELY he admires Pak for naming an airport on him pic.twitter.com/jL56v5CFCn

So we have Prof Guha, the unwavering guardian of FoS, grooving on a man who was a pall-bearer at the funeral of an assassin who murdered FoS pic.twitter.com/g5me0HBSjD

The STUNNED GUHA series: A Landfill of Lies, Omissions, Obfuscations

STUNNED. In ALL his writings on Nehru, Prof Guha NEVER ONCE discloses Nehru ISSUED DIRECTIONS to ministers to NOT ATTEND Patel's funeral. pic.twitter.com/jJqyWaSyv6

A Vedic Touch To Logic In Indian Thought – Part Two

The untold Story of “Kallol” that questioned the then Government’s loyalty to Nation.