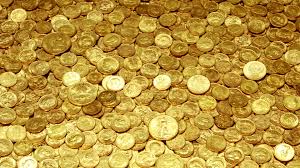 But then around about the starting with the 11th century, but really taking off in the (12th century) 13th century really, this whole structure suddenly came undone, in India, of course there was the Turkish conquest and that completely threw the whole. It was not just political control, but one of the things that seem to have happened was that the destruction of temples, really messed up the financing of this whole network.

So I have for many years have wondered why after the Turkish conquest there is a dramatic decline of Indian, particularly Hindu merchants who are selling back and forth. The historical explanation is oh! you know it was because of caste restrictions and you know because of these Brahmins are bad chaps, didn’t allow any way to cross the seas and all that. But that of course makes no sense, for the simplest reason, that the upper castes were some of the biggest beneficiaries of this trade. There were the merchant class of course, but the ruling classes, the Kshatriya classes at various points in time benefited from the revenues, but the biggest beneficiaries of course were the Brahmins themselves, because they were enormously highly regarded in Southeast Asian courts and many of them sailed across.

I mentioned, in fact one of the pioneers Kaundinya himself was a Brahmin. So there was no real reason for them to perhaps suddenly stop and I think a large part of this perhaps had to do a collapse in the network of financing that was holding the whole thing together.

The veLLai gopuram of shrIraNGam temple (the white gopura). Why is it White?

An Inscription Shows that Delhi was Built by Tomara Dynasty, not by Muslim Sultans

Vishnuhari Incription and Left Historians Effort to Suppress the Truth