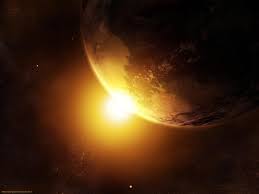 "Indian literature has much layered evidence on science. The chronological time frame for this history is provided by the archaeological record that has been traced, in an unbroken tradition, to about 8000 b.c."

Encyclopedia article on Science in India.https://t.co/ReIB4CXqsj

We start with the last:https://t.co/FxyvKZ2nEM

Indian astronomy is not derived from the Babylonian, although some books incorrectly say so. The measurement of the year in the Ṛgveda itself was luni-solar, for the year is seen in 12 and 360 parts, as well as measured by 27 nakṣatras. https://t.co/6V0t28PHIj

Greek and Indian traditions have profoundly influenced world science. The interaction between the two after the time of Alexander is well documented, but can we trace earlier interaction concerning scientific ideas? Here it is: https://t.co/070zMPWZFD

The earliest mathematical text on astronomy anywhere in the world is Vedanta Jyotisha वेदाङ्ग ज्योतिष of Lagadha लगध with internal date of 1350 BCE.
It takes 1,768 risings of the moon in 5 years + much more. Uses a code to represent nakshatras.

Pure heliocentrism is in Viṣṇu Purāṇa 2.8:
"The Sun is stationed for all time, in the middle of the day… .. people speak of the rising of the Sun where they see it; and, where the Sun disappears."

Thurston (1994):
"Not only did Āryabhaṭa (~500 CE) believe that the earth rotates, there are glimmerings in his system (and other Indian systems) of a possible underlying theory in which the earth (and the planets) orbits the sun, rather than the sun orbiting the earth." 8/n

Purāṇas speak of relativity of space and time and uncountable planet systems! How did they do it?

Āryabhaṭa's was the first to speak of relativity in a scientific text, the Āryabhaṭīya. https://t.co/hfUKK3BP7C 9/n

"The sun strings these worlds [the earth, the planets, the atmos.] to itself on a thread. This thread is the same as the wind…"

The sun as the “lotus” [the central pt.] of the sky may be origin of heliocentrism in India. 10/n

The Śatapatha Br. शतपथ ब्राह्मण says that the Kṛttikā कृत्तिका (Pleiades) never swerve from the east. This was astronomically true in the third millennium BCE (say ~ 2500 BCE, give or take a few centuries).

Sharada - The Native Script of Kashmir

Freedom of Speech and Expression under Jawaharlal Nehru

Ahom Dynasty – One Of The Longest Running Dynasties In India

16 Centuries back, Sanskritic culture was supreme at Niya (Today’s Xinjiang)