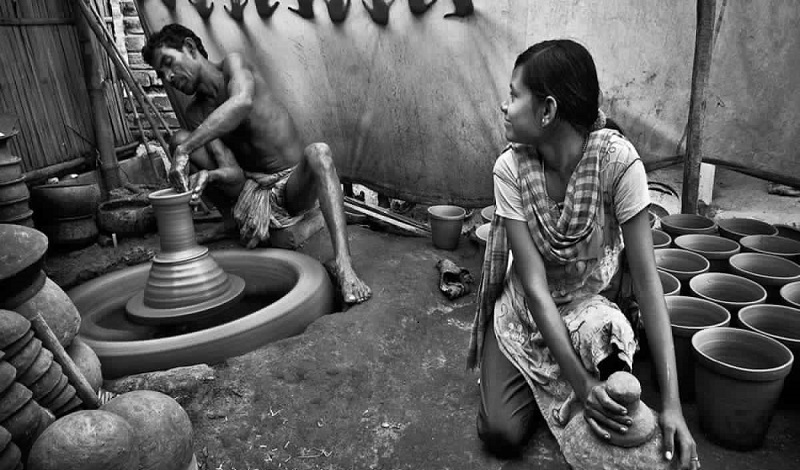 Esteemed scholar, author and spiritualist Ram Swarup, who was also the mentor of Sita Ram Goel, deconstructed the devolution of ‘caste’ from an inclusive, ‘cooperative and cultural’ system of ancient India into a divisive and discordant system fomented by the British colonialists down the centuries in his essay, “Logic Behind The Perversion Of Caste.”

“Caste in old India was a cooperative and cultural principle, but it is now being turned into a principle of social conflict,” writes Ram Swarup in the essay which was published 22 years ago in the Indian Express on 13 September 1996.

Much has been written about the merits of the ancient Indian ‘caste’ system or rather, Varna and Jati. Varna classified society into specific classes on the basis of their innate qualities and attributes, where all classes were equal and performed their individual functions to keep the machinery of society running smoothly. Jati was more of a socio-economic construct related to vocation and provided social and economic security as well as identity-mooring to its adherents.

Not only was the olden caste system integrative, it was also fluid and permeable with easy mobility up and down the social hierarchy.  As Ram Swarup observes, “There was also no dearth of social mobility; whole groups of people rose and fell in the social scale. Rigidity about the old Indian castes is a myth. Ziegenbalg (1682 – 1719) writing on the eve of the British advent saw that at least one-third of the people practised other than their traditional calling and that

‘official and political functions, such as those of teachers, councillors, governors, priests, poets and even kings were not considered the prerogative of any particular group, but are open to all.’”

Early foreign travellers to India also did not find the caste system as peculiarly Indian and equated the castes with occupational or social groups or clusters within their societies. Ram Swarup states, “J. S. Mill (1806 – 1873) in his ‘Political Economy’ said that occupational groups in Europe were ‘almost equivalent to a hereditary distinction of caste’”.

Neither Megasthenes nor Huen Tsang, nor Alberuni or any other traveller recorded such a profusion of castes as came to be seen later in the British times. Most of them agreed upon four major castes (Megasthenes noted seven sub-divisions) and some groups that did not fall under the caste system. It was only under the British that the castes suddenly grew exponentially. As Ram Swarup notes, “Risley (1851 – 1911) gave us 2,378 main castes, and 43 races! There is no count of sub-castes. Earlier, the 1891 census had already given us 1,150 sub-castes of Chamars alone. To Risley, every caste was also ideally a race and had its own language.”

Many factors contributed to the degeneration of the olden Hindu Varna and Jati system into its current contorted version, chief among which were the inhuman brutality of centuries of Islamic rule and the subsequent British policies of divisiveness during the colonial times. That the caste system acquired many negative traits like untouchability, rigidity and loss of mobility and permeability during these long but tumultuous centuries is a direct result of these factors.

It was the British who did the most lasting damage by tampering with forever the original assimilative socio-cultural model of caste. Considering all Hindus as inferior or the lesser races, they widened the organic, natural divisions between castes and other sub-groups by creating a plethora of castes and freezing them into rigid, watertight definitions driven by cold statistics. They used their favourite tool, the census surveys, which were nothing more than a clever ploy to collect data about society, so it could later be manipulated for political gains. The beeswax that bound Hindu society and all its castes and subgroups together as a unified and cohesive identity like a honeycomb was Hinduism. So the British devised means to dissolve and weaken this beeswax of Hinduism by promulgating separateness, divisiveness and rigidity through the creation of multiple castes and other subgroups, which would forever keep clashing with each other and with the country.

What we see of the caste narrative today is nothing but the fruition of the malicious British designs. As Ram Swarup points out rather ominously, “The new self-styled social justice intellectuals and parties do not want an India without castes, they want castes without dharma. This may be profitable to some in the short run but it is suicidal for all in the long run.”

From what was an open system of harmonious integration to the current subversive and divisive model, the caste system has been distorted beyond recognition. Fortunately, Hinduism has an in-built model of reform, unlike other closed-system religions, and does not shun discarding redundant principles and outdated ideas, once they have outlived their purpose. It is time Hindu society reforms this dysfunctional, damaging and perverted-beyond-repair social model of caste, thereby reclaiming control over the discourse and wresting away the favourite beating-stick from the clutches of inimical Breaking India forces to be able to salvage Hinduism and the Indic way of life.

Click on this link to read the full essay by Ram Swarup: http://www.pragyata.com/mag/logic-behind-the-perversion-of-caste-500

Geography of Janapathas during Vedic Period

Did You Know Hinduism TwitterPosts Oct 01, 2018

Timeline Of Merger Of Jammu And Kashmir To India