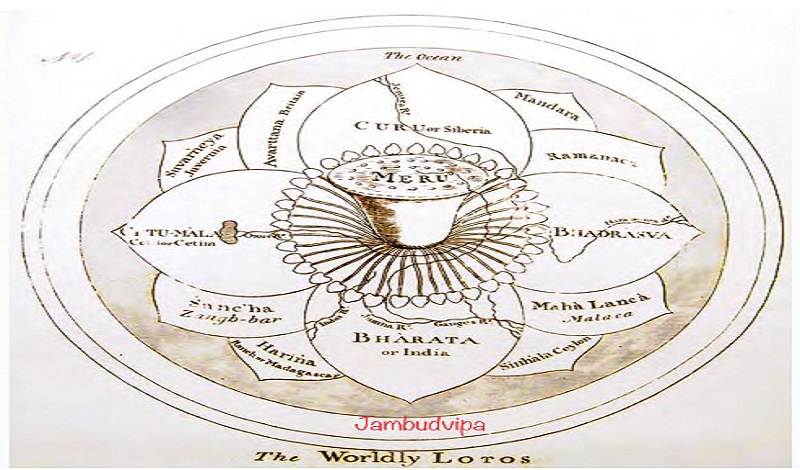 Meenakshi Sharan elucidates on what it means to be a Hindu and what are the qualifications of being a Hindu in the thread given below. She traces the hoary geography of Mount Sumeru and Bhārata and the Sapta Sindhu and its reverberations in the Hindu Cosmology and how with the passage of time, the Sapta Sindhu and Aryavarta gave way to a grander Bharatkhanda.

The land that lay north of the ocean and south of the snowy mountains, the land that was called Bhāratam, where dwelt the descendants of Bharata, the land that attained the loftiest heights of spirituality and self-realization, the land that gave the message of peace and prosperity, the land that blunted the sword of Islam, the land that kept up the fight against the barbaric invaders ‘decade by decade, century by century’ and the land that gave identity to all, whether Sikhs, Madrasis, Bengalis, Marathas, Kashmiris, Malayalis, Punjabis among others, was the land of the Hindus and their Hindu-ness.

Tracing The Timeline Of Ancient Bharat: Mahabharat War To Guptas — A Talk by Mrugendra Vinod

Shocking Fact – What Akbar Did At Jwalamukhi Temple