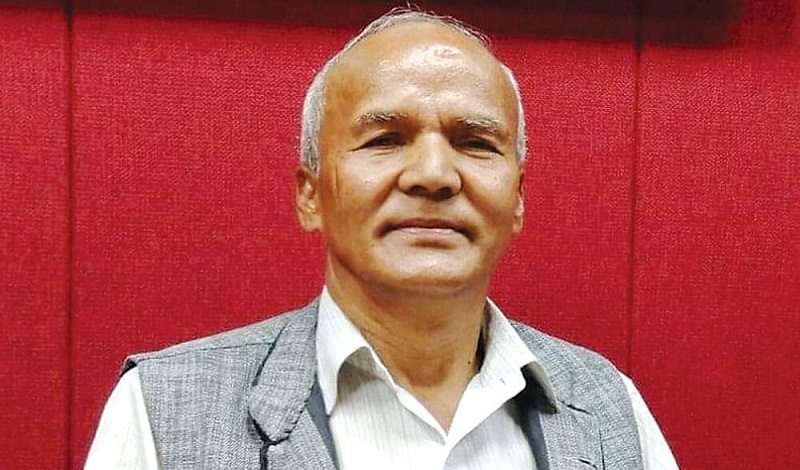 The new Civil Code has sparked a lot of debate. Anyone involved in proselytising will face a five year jail term and Rs50,000 fine. The BBC’s Sharad KC spoke to KB Rokaya, a pioneer Christian and former member of the National Human Rights Commission, but got an unexpected response.

BBC Nepali: The new Civil Code restricts religious conversion. What is your take?
K B Rokaya: Nepalis accepted secularism without really understanding what it meant. Even we Christians took to the streets demanding a secular nation. But after the election of the second Constituent Assembly and before the new constitution was drafted, I realised it was a mistake. We had blindly supported it without understanding the implications. Secularism must be abolished from the constitution because the state cannot be indifferent to religion. In the context of Nepal, it means going back to a Hindu Kingdom.

As a pioneer of Christianity in Nepal, you want the country to revert back to a Hindu Kingdom?
I am for all religions. The new law will apply to people of all faiths, not just to Christians. So it restricts people of all religions. According to the new law, no one can hurt another’s faith in any manner: through words, or writing, or symbols.

Religion Of The Druids: Parallels Between Celtic And Vedic Worlds

Did Elections Contribute To Covid Surge?

Author मुखरनीना 0 648
– Krishna Halder The sons of BHARATA who did not fear death and died with a smile for liberating their beloved motherland from the...
Read More
Miscellaneous

Bharat – Land of the Gods