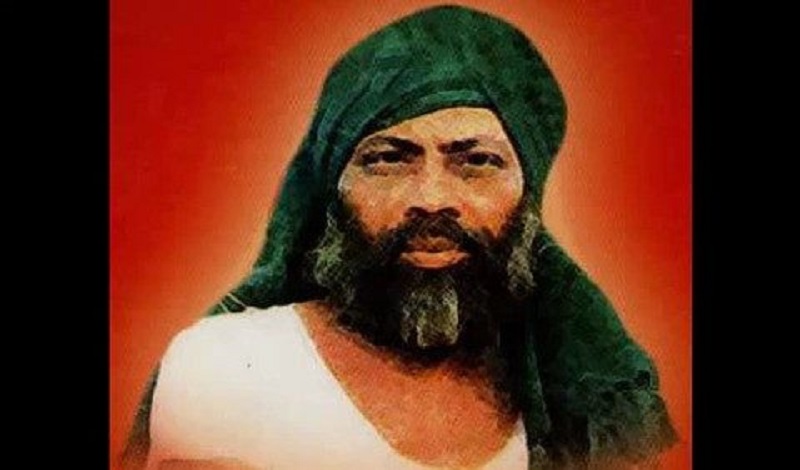 Much has been written about the process and methods of radicalization of Muslims in this age of ISIS and Al-Qaeda. Intellectuals and politicians alike are eager to lay the mistake at the door of Saudi Wahhabism, funded by oil money, radicalizing by appropriating the tools of modern technology, namely, the Internet and mobile technologies.

A rare few are aware of earlier radicalization programs that were carried out in other places and times.

Here, we attempt to bring to you the thoughts and techniques of radicalization by Palani Baba, a charismatic radical preacher, who travelled the length and breadth of Tamil Nadu in the 1980s and 1990s. He was murdered in 1997, presumably by a group of Hindu radicals.

Our attempt is made with several aims in mind

To show the clarity of thought and singularity of purpose that the jihadi preacher has.

To demonstrate that the approach to radicalization from someone like Palani Baba, whose main work was in times before the Internet and mobile telephones, when road networks were not as well developed in interior Tamil Nadu as today, and when the general populace were less literate, less connected, less informed and far less prosperous than today’s Tamil Nadu, is the same as any Internet Jihadi of today.

While we do not have access to actual records of how Islamic radical preachers worked in the time of Qing China, such as Ma Mingxin or the more recent Malabar Lahalla in Bharat, here we have access to recorded speeches. This will serve to demonstrate the historic continuity in Islamic radicalization programs.

To demonstrate how Islamic radicalization is not something that needs the conditions of discrimination, poverty and misery to happen, but is just as likely to occur in times of peace and prosperity among a relatively well-integrated group of Muslims.

To prove that Islamic radicalism is not a break-away concept, nor a sudden development, but something intrinsic and historical to Islam itself.

The Times and the context

In the 1980s, large parts of rural Tamil Nadu were connected with the outside world by means of roads, radio and newspapers. Television was appearing in all middle-class homes, even in small towns, and the ubiquitous public telephone – colloquially called ‘STD Booth’ – was beginning to spread even in predominantly agricultural villages.

Tamil Muslims were a small community of Sunnis south of Cuddalore, and another small community of Urdu-speaking Muslims in the North. The Nawab of Arcot was a largely ceremonial Muslim leader, being a Shiite, a sub-minority within the Tamil Muslim community. There hadn’t been any Islamic kingdom of note for 200 years. Even otherwise, large parts of Tamilnadu had been ruled by native Hindu rulers or Telugu and Marathi rulers.

Tamil Muslims over centuries had integrated into the larger Tamil community. Dress, food, marriage customs and language were very close to the large population of Hindus they were in the midst of. The charismatic leader at the time of Independence, Muhammad Ismail, known as Quaid-e-Millath, had left behind a legacy of educational institutions and a policy of co-operation with the Dravidian parties. Muslims were and still are small traders, businessmen and there was a reasonable-sized elite of professionals – notably lawyers and teachers.

By the ‘80s, many youth had begun to travel to Gulf countries for work, where they came in contact with oil wealth, the piety of the Arab elite. They became relatively more prosperous than their Hindu neighbours, so the radicalization was not fuelled by resentment over comparatively poor living conditions, as is commonly held in other instances.

Influence of Indian Civilization on Philippines

Archaeological Evidence Of Shiva Linga Placed At Footsteps Of The First Mosque In Indian Subcontinent At Bhanbore In 720 A.D.

Appropriation of the Indian Knowledge by the Westerners

After Nizam was humbled in the battle of Bhopal by the Marathas, he formally gave up Malwa

Interview Bite Of Jawaharlal Nehru : All Muslims In India Are The Descendants Of Hindus

Why we must rewrite Indian history