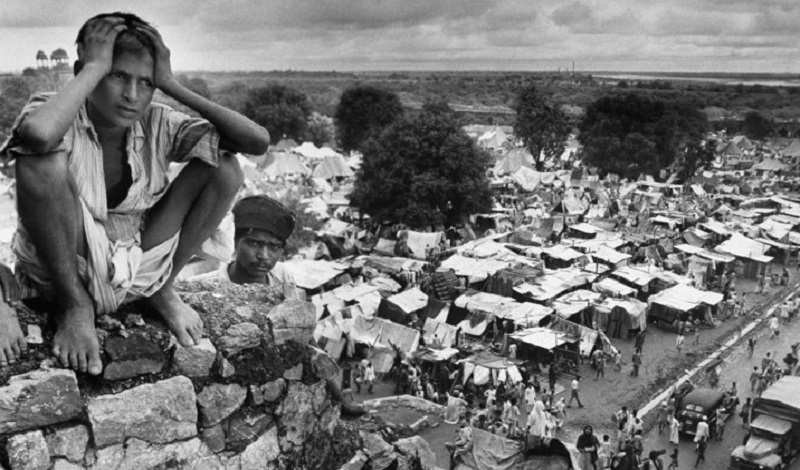 Among other unspeakable crimes he committed against India, the deplorable “Lord” Curzon is notable for three measured by the impact and scale of destruction: The infamous Partition of Bengal in 1905, his “education policy” which singularly wiped out Sanskrit education that had existed unbroken for hundreds of years, and his role in slowly allowing the victims of the Great Indian Famine in 1899-1900 to die of starvation. Curzon’s villainy is so enormous and far-reaching that it should have remained in the active memory of all Indians. Ideally, a Holocaust Museum of sorts should have been built in Bengal at least, to serve as a grim reminder. But then we are a nation whose own history books still need fixing.

The Bengal Partition, which Acharya R.C. Majumdar[i] says was the “crowning act of [Curzon’s] folly” directly unleashed the extraordinary Swadeshi movement spectacularly unnerved the British. The Swadeshi Movement by itself stands as one of the grandest episodes in human history, far greater than the American struggle for independence or even the Civil Rights Movement. We turn to Acharya Majumdar again[ii] to get a glimpse of its impact on the colonial British administration:

The four-fold ramification of the Swadeshi movement industrial, educational, cultural and political—and its spread all over India unnerved the Government of India. It was not long before they realized that a local movement for removing a local grievance was being slowly, but steadily, developed into an all-India national movement against British rule. Lord Minto found it difficult to kill the hydra-headed monster let out of the basket of his predecessor. Lord Curzon.

Quite obviously, the rattled British responded with the only method they had perfected: by unleashing a reign of terror throughout Bengal. But when even that failed, Curzon re-enlisted the support of the Islamic zealot, Khwaja Salimullah, the Nawab of Dhaka. In February 1904, Curzon had already seduced Salimullah to support the Partition of Bengal. Curzon’s government gave him a loan of ₹ 14 Lakhs at an extremely low rate of interest in return for his support at quelling the protests against the Partition of Bengal. It was the self-same Nawab Salimullah who became the founding Vice President of the All India Muslim League in 1906, which finally succeeded in realizing the Pakistan “vision” that Syed Ahmed Khan had first formulated so early on.

Nawab Salimullah with the full support of the British Government swung into action. The first step was to provoke Hindu hatred in the Muslim community. Which was a rather easy task given the hold the Ulema has on the community. In this vile project, he recruited a fanatic named Ibrahim Khan, who authored and published a piece of the “most virulent anti-Hindu proclamation and an open incitement of the Muslims against the Hindus.” This pamphlet was titled Lal Ishtahar or Red Pamphlet. Here are a few extracts from it.

Boundaries Of Almost All African Nations Were Decided By Europeans Without The Consent Or Participation Of African People.

All Muslim Invaders (Including Mughals) Used Their Political Power To Force Islam On The Natives – Proof!

‘The Real Military Account of Battle of Saragarhi’ by @TrueIndology

In Pakistan, hate toward non-Muslims is a part of the school curriculum