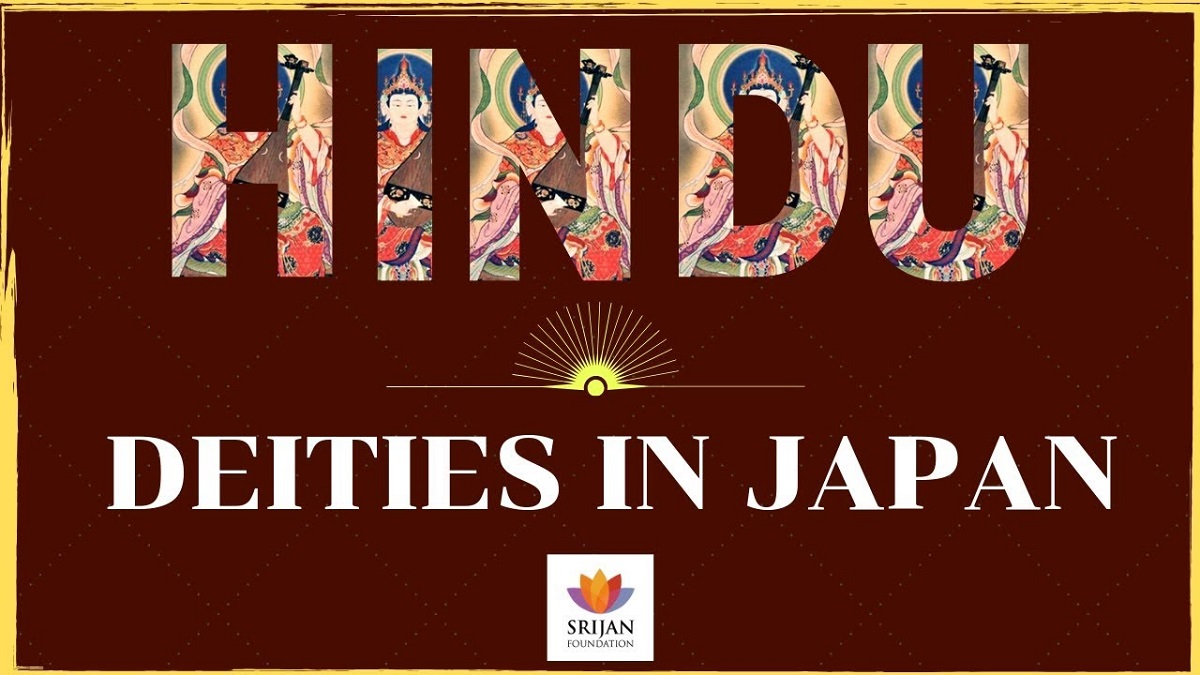 We came across these two beautiful Venugopalas in Japan. There I thought you may be curious to know that Hindu deities are worshipped today as much in Japan as they are worshipped in India. So in fact you may be surprised to know that there are hundreds of temples to Saraswati alone in Japan, including a temple which is over 250 feet tall, to Saraswati that you do not get to see temples of Saraswati in India. Lakshmi is worshipped, you have so many deities, you have so many Shivas, you have Brahma.

You have so many temples even to Yama. In fact you would be curious to know that the Havan or Homa which is called Goma in Japan, is performed every day and in most cases more than once every day, in more than 1200 temples of Japan, along with Sanskrit chanting and how do all the Japanese priests chant in Sanskrit? Because many of them cannot read Sanskrit. It brings us to the most beautiful point of all which is that, Kana, the Japanese alphabet in fact was created on the phonetics of Sanskrit. So if you go to a primary school in Japan, you will hear the children there going aa, aaa, ee, eee, oo, ooo, just like you will have in India.

And so the Japanese priests have in front of them the prayer books, which have the mantras in Sanskrit and next to it you have them phonetically in Kana. So if they are not able to read the Sanskrit they read it from the Kana and they chant in Sanskrit. And now, which is the Sanskrit? It is the Sanskrit script of the 5th– 6th century, Sidham. So Sidham which has been forgotten in India and there is no place where you are taught Sidham in India is preserved in Japan. In fact at Koyasan in Japan there is still a school that teaches writing in the Sidham script. If you go to YouTube and put in Indian deities worshipped in Japan, you may enjoy seeing my film on this subject. So the Indian influence is absolutely immense right across Asia.

[Q/A] No Child's Play: How Not To Name Your Child -- A Talk By Nityananda Mishra

How Were The Shiva Agamas Revealed ?

Guru Tegh Bahadur’s Conversation With Aurangzeb Before His Martyrdom

[Q/A] No Child’s Play: How Not To Name Your Child — A Talk By Nityananda Mishra

Ayodhya Ram Janmabhumi: Destruction Of An Absorbed Memory And Why Its Restoration Is Necessary – A Psychological Analysis