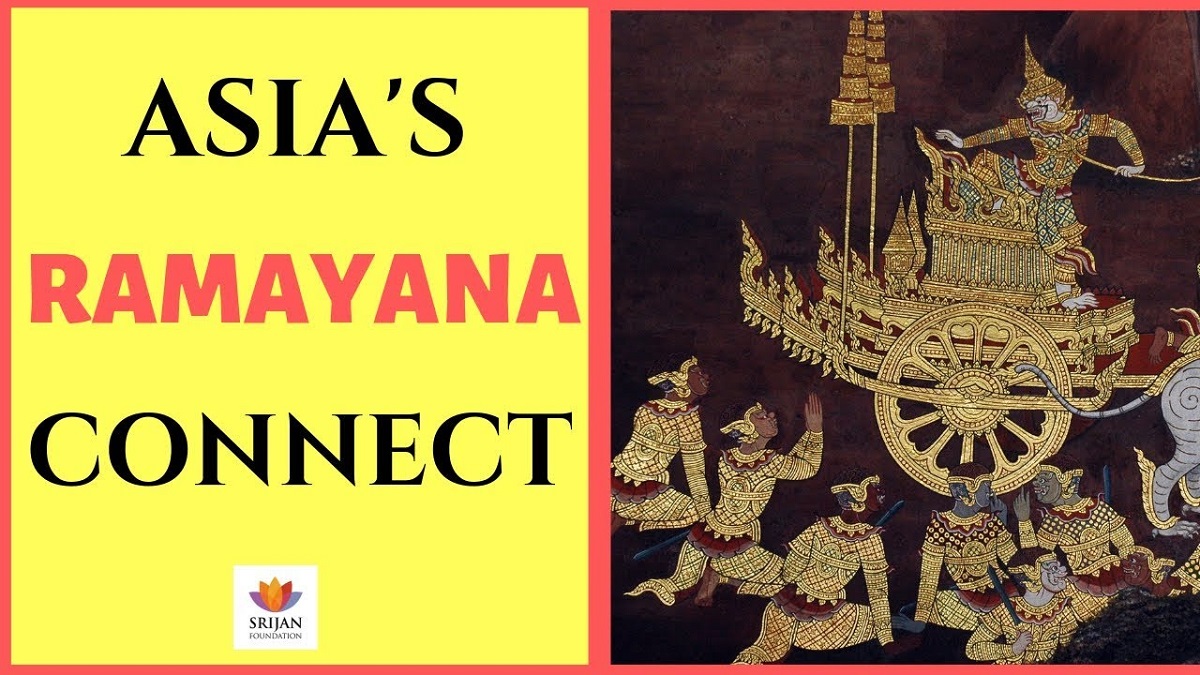 The epics also are enormously important and deeply revered. As a matter of fact I have a film on the Ramayan which I have shot in 10 countries and Sujatha and I have had the pleasure of seeing the deep dedication with which people revere the Ramayan, in other countries. I can share with you that in many other Asian countries they revere the Ramayan much more than we do in India, it is part of their daily lives. You can have two people sitting and having a conversation and somebody might say, ‘ah, you are behaving like Vibhishan again’. So it is a part of life.

Even in a Buddhist country like Thailand, the king is still Rama. And he is supposed to be an incarnation of Vishnu. And there has been a tradition of a Prime Minister in Thailand who saw himself as Hanuman, as a greatest devotee, the greatest server of Lord Rama. And even in a Muslim country like Indonesia, the Ramayan is performed every day in a very beautiful way, on a very large scale and at the same time very gracefully and very beautifully.

In countries like Cambodia, we have seen some of the gentlest, most meditative, most beautiful performances of the Ramayan where the artists lose themselves in Puja before they are going to dance. It is very important to remember that they will not perform in the ancient traditions coming from India, in these Indic traditions. Dance will never be a performance; even that word when we use it today is a very wrong word. And what we do on the stage is often completely wrong, because dance of that kind is devotion and fortunately in some places like Manipur that tradition still survives.

In Manipur, I have shot, we have made films on it, and I have seen so many times that when they do the rasaleela, the audience and the people who are doing it are one. They are one in devotion. There is no clapping or anything after that. It is not a performance at all. So the epics are very important but they are over late appeared. And the epics continue to be extremely important, right across the continent of Asia.

Panchtantra – Fascinating Tale of its Spread from Iceland to Java

A Grand Trunk Road (1800 km long) between Hindukush and Bihar, existed at the time of Mauryan Empire