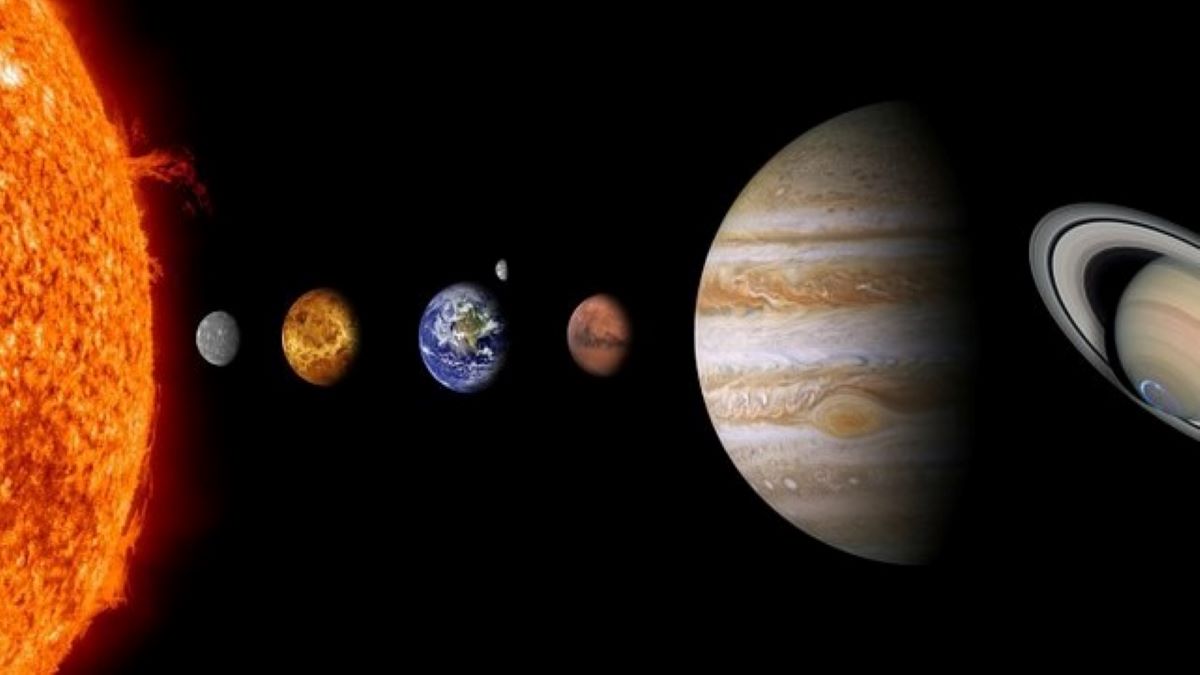 Latin names for the days of the week are quite like Sanskrit names. Starting with Sunday they are named after the Sun (Ravi or Āditya रवि or आदित्य), the Moon (Soma or Candra, सोम or चन्द्र), Mars (Mangala or Bhauma or Kuja, मङ्गल or भौम or कुज), Mercury (Budha बुध), Jupiter (Bṛhaspati or Guru, बृहस्पति or गुरु), Venus (Śukra, शुक्र), and Saturn (Śani, शनि). In short, the order of the planets for the day names is:

This is not the same as their order in the solar system so how was the order of the planets chosen? And why are these names the same across many cultures but not in all? For example, in Greek, Arabic, Hebrew and Slavic languages they are ordered as Day One, Day Two, and so on.

In languages such as Germanic and Persian, the names of deities do not appear at first sight to correspond to the planets in the list.

In Germanic languages, Tuesday through Friday are named after the deities Týr, Odin, Thor, and Freya, from where we get Tuesday, Wednesday, Thursday, and Friday.

In Old Norse sources, Týr is described as the son of Odin, who is Mercury (Budha in astrology is Viṣṇu). In other words, Mars (Skanda, स्कन्द, general of the devas) is viewed as son of Viṣṇu, rather than of Śiva. Thor in Germanic mythology is a hammer-wielding god associated with thunder, lightning, storms, oak trees, strength, the protection of mankind, and also hallowing and fertility. The Romans saw Thor as the German analog of Jupiter, and his hammer was viewed as similar to the club of Hercules. The hammer of Thor is also similar to the plough (hala) used as a weapon by Balarāma.

The Dark Ages Of Colonial India -- Great Famine Of Madras (1877)

How Christianity is taking over South Korea?

It’s believed that Sagara, the grandfather of Rama, worshipped the Swayambhu Lingam at Sakaleshwara Swami Temple