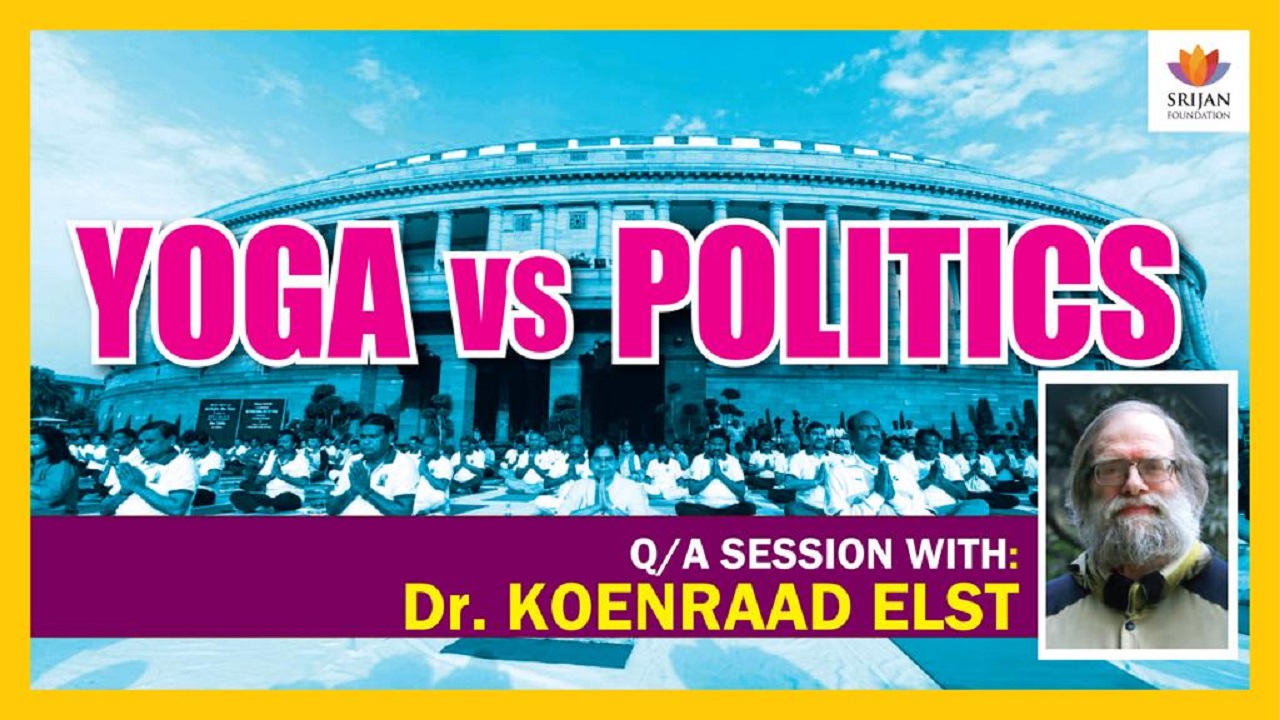 In this Srijan Talk, Koenraad Elst emphasizes that Yoga can belong to any particular school of thought and need not be from any particular political background.

Dr. Elst shares his experience in Hindu Dharma, Indian culture, history, origin of Yoga and about the various aspects of Hinduism like karma and reincarnation.

Dr. Koenraad Elst was born in Leuven, Belgium, on 7 August 1959, into a Flemish (i.e. Dutch-speaking Belgian) Catholic family. He graduated in Philosophy, Chinese Studies and Indo-Iranian Studies at the Catholic University of Leuven. During a stay at the Benares Hindu University, he discovered India’s communal problem and wrote his first book about the budding Ayodhya conflict. While establishing himself as a columnist for a number of Belgian and Indian papers, he frequently returned to India to study various aspects of its ethno-religio-political configuration and interview Hindu and other leaders and thinkers. His research on the ideological development of Hindu revivalism earned him his Ph.D. in Leuven in 1998. He has also published about multiculturalism, language policy issues, ancient Chinese history and philosophy, comparative religion, and the Aryan invasion debate

Mughal Rulers Collaborated With English Invaders To Prevent The Marathas, Rajputs, Jats And Sikhs From Taking Over The Country

Buyer Beware: The US Black Market For Ancient Indian Art — A Talk By Tess Davis