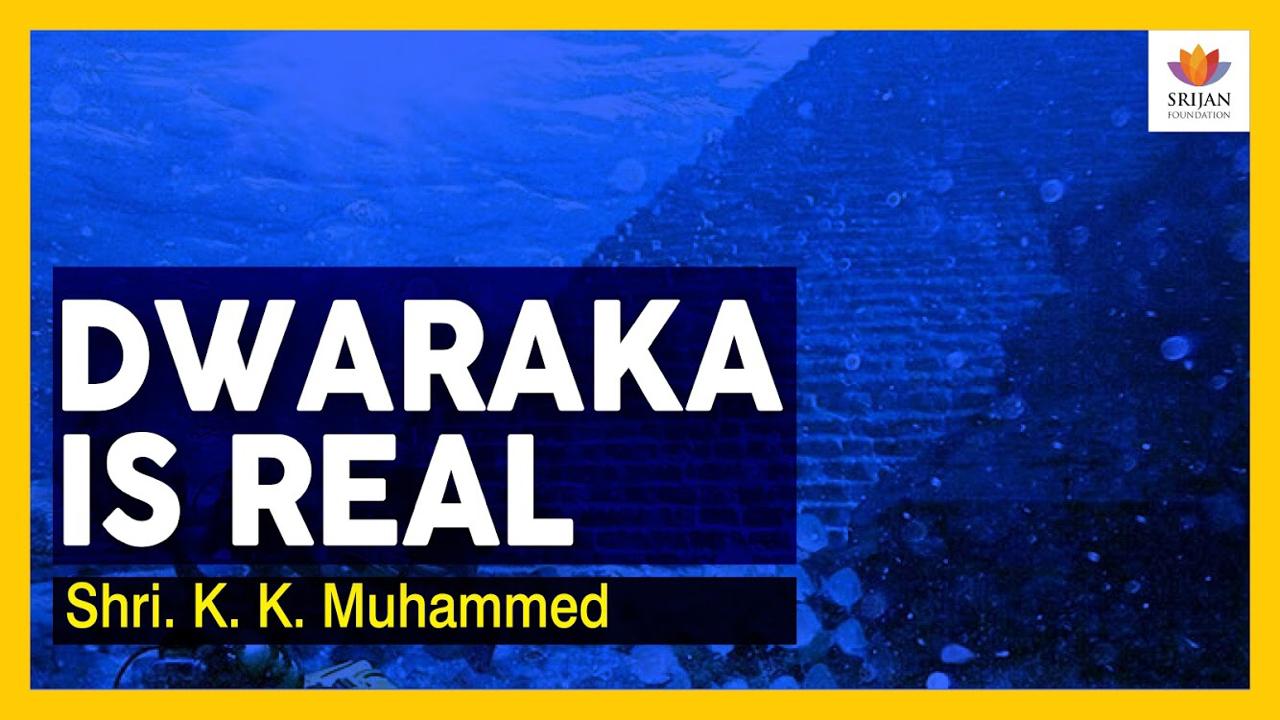 again we had another very top archaeologist. He is, of course, he’s known as Prof SR Rao and he was not only a land archaeologist, but he was he a pioneer who introduced that marine archaeology in India because he also wanted to see, what is the condition of our mythology and how far it is correct.

Prof BB Lal was doing the work here and he wanted to see what is the condition of our Dwaraka, the mythical Dwaraka and many archaeologists like Prof Sangalya, he excavated on the land portion and the antiquity after the excavation, the antiquity of the place went only up to 1st century BC. So that was a problem because Prof Lal had dated it to 1000, that is 1000 I was BC and it is almost contemporary, and the dating of Prof Sangalya was only 100 BC. So what about that, I mean, there is a gap of almost over 1000 years and then what Prof SR Rao did is, he said “no we’ll have to go and excavate it in the ocean itself” and at that time there was no marine archaeologists in India. So he had to train because in Israel, it was there in America, it was there French, were very ahead of it. So he had to have a kind of I mean he trained people from oceanography Department of Goa and then he I mean these people should be very expert and then he excavated Dwaraka and finally he was able to locate a city which goes again back to 1200 BC and it is thus I mean he could prove it was almost contemporary because he got a number of thing I mean the things which was associated with that one and Prof Alok Tripathi and I had also accompanied him for that work and it was a kind of training at various places.

So, an archaeologist I mean he has to go down because and he has to see things also and he has to feel it with his own hand, otherwise just by the description in the literature, he’s not going to accept. So, it was a team by this one Prof SR Rao who had located the city, they went into the sea and then and that too on the basis of the certain data provided by oceanographic department of Goa. They said that this one 10,000 years back the ocean was of course very inside. At that time the city was there, and it was very much inside and then the city was there. so it was at a depth of 30 meters, he had our divers are to dive at a depth of 30 meters and then they were able to locate a city which is almost 2 kilometer into 4 kilometers and you had the seal because you know this kind of seal these are Mesopotamian seals, this Mesopotamian seal, was he was able to excavate it from Dwaraka.

So this gives you a very good definite dating 1200 BC

Distortion Of Facts by Marxist Historians In Ayodhya Case

[Q/A] Tracing The Timeline Of Ancient Bharat: Mahabharat War To Guptas — A Talk By Mrugendra Vinodh

To know the truth about Gandhi, one must listen to the eyewitness account of MK Pahwa, who was a refugee from Pakistan during Partition. He witnessed first hand the horrifying bestiality & savagery on Hindus and Sikhs by the Muslims during Partition.