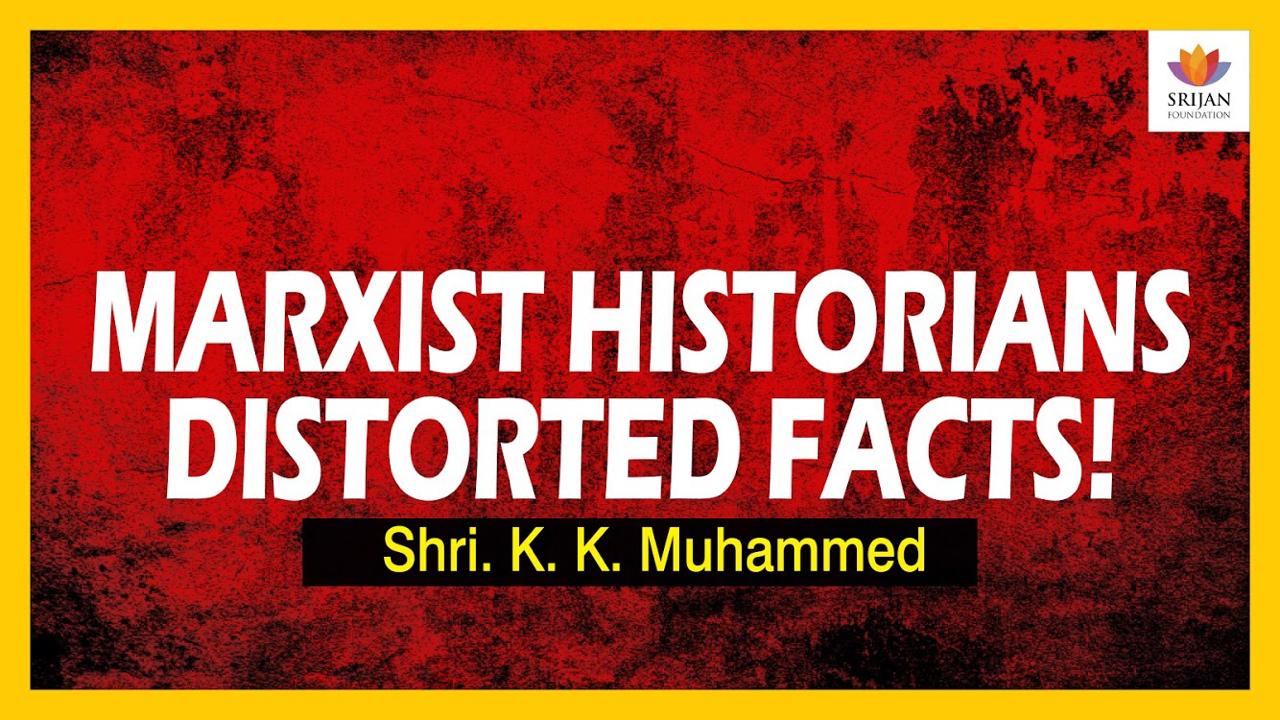 some Marxist historian have complicated the end their issue of Sri Rama temple because I was in Aligarh Muslim university earlier and I knew the temperament of Muslim because it became a problem from, I mean, from 1980 onwards and in 80’s Muslims were almost, many of the Muslims then, top leaders were also almost ready to hand it over, so that a problem could be solved there.

These historians, especially Prof. Irfan Habib, Romila Thapar and other Marxist historian RS Sharma, Dr. Jha, they came forward. They were all historian, they were not archaeologists, they came and they said, “No. It has been, the place has been excavated by professor BB Lal and he did not find any material from there and so Muslims you should not hand it over the place to Hindu community for constructing the temple”. So there, the muslim communities, they were not that much educated. They thought these are all historians I mean great historian, they were historians, of course, great eminent historian, but they were not archaeologists. Then, Prof BB Lal, he had to come out again say now, we have got number of things and then he started saying not only the pillars, this one is the pillar, pillars were reused, extensively reused for the rebuilding the mosque and not only that, we also got the brick basis on which the pillar was standing, all these pillars were standing.

So again, the same historians, they came forward because they had a lot of connection with Times of India, with this paper, that paper and they were very manipulative also, because of their extensive connections also, only their news was carried by a number of people and Muslims were also misled by this group of people. During those periods, I went to this, Oman, I mean, because a German university had invited me for an excavation of a place. So there, any place, I am in a group of Muslim, I mean, that is, if there is an organization known as SIMI, Students Islamic Movement, that is a banned organization and they knew that I had come and I had got a different opinion altogether about it because I had spoken about it in 1990 because at that day, most of the attack by the Marxist historian, it was on Prof BB Lal.

So I, in 1990, I had come out in Indian Express on 15th of December 1990, saying that there was not only the temple pillars, there was pillar bases also on which this pillars were standing, that was also excavated by Prof BB Lal and we also got a number of terracotta items and many other items also from there, which is associated with temples and then I further added I was the only one Muslim who had participated in that excavation and then again I said that Ram Janmabhoomi and Krishna Janmabhoomi these are as important for Hindus, as Mecca and Madina are for Muslims. So Muslim willingly hand it over to Hindus for constructing a huge temple and instead of that this, one Hindu community should help the Muslim community to build a temple wherever they are in majority in Lucknow or in some other place. But these people that is the historians, who did not know about archaeology they complicated the entire thing.

Why should Indians learn their past heritage?

The Evolution of Left and Right Wings in India

The standard operation procedure for handling refugees in India

Did you know: The Sinhalese are originally Odiyas