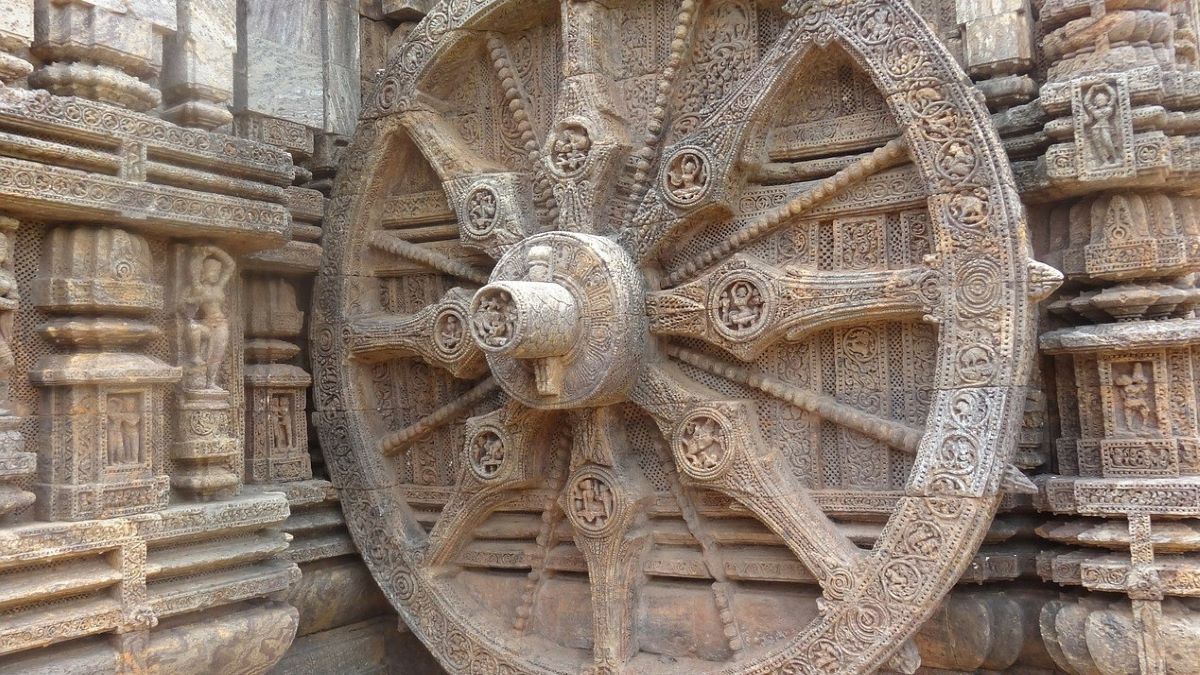 here are many who see India’s recent election results as a repudiation of the textbook idea of India. They find the results painful, as if the walls of the India of their imagination have been brought down.

They say they love India as much as anyone, so they can’t understand how the people could have been so destructive to vote the way they did.

Spring is passing, the birds cry, and the fishes fill with tears on their eyes.— Matsuo Bashō (17th century)

I want to present a different take on the election. I concede that the results are a rejection of an India that many have come to feel comfortable with, but it is an India based on falsehoods and half-truths, motivated by pseudoscience and racism.

If the changes that have occurred inspire people to investigate the foundations of the rejected idea of India and examine them with an open mind, that will be a good thing. I am hoping they will be convinced that the past described in textbooks is inaccurate, make peace with it, look at the future with hope, and discover new ways for growth and prosperity for all Indians.

That will be a new dawn!

The Old Idea of India

The old idea of India emerged from the work of British colonial administrators and European scholars motivated by the demands of the Raj, pseudoscience and racial prejudice. The British dismantled India’s schools and created a new system of colleges and universities using English as the medium of research and instruction. Their understanding of India was imperfect quite like someone claiming to know Britain ignorant of Shakespeare and Shelley, Austen and Dickens, or Darwin and Dirac. But the British ruled the narrative; Indian classics were thrown out, and Indians could enter the academy only on the terms set by them.

To provide justification for colonial rule, the British declared that Indian society was pre-rational and it needed guidance by Western ideas. Depicted thus in textbooks at all levels, Indians slowly came to believe this characterization, and this included nationalist politicians and intellectuals. So I was not surprised that even a nationalist poet like Ramdhari Singh Dinkar in his much-praised Sanskriti ke chār adhyāya parroted this understanding.

There were two main elements to this idea of India:

One: India is a land divided by rigid caste and hierarchy and its social and intellectual history must be seen within this framework and as an encounter between different races.

Two: Indian society is deeply conservative and religious and it has no real tradition of science, arts and innovation. There has been some innovation in mathematics, architecture, and philosophy, but it was done by outsiders who were descendants of invading or migrating groups. India has received most of its worthy ideas from the west and the north, and this includes writing.

After the British left, the education, administrative, and political ecosystem remained tethered to this idea. There was challenge to it from scholars who knew Indian texts and by subaltern groups, but they were strongly ridiculed. New research over the last few decades has undermined the previous model and a new generation of serious scholars has joined in the criticism. It has become clear that the idea of India conjured up by the British is false, and mostly a fabrication.

But there has also been a reaction by others in the academy who are driven by Eurocentrism and prejudice. Astonishingly, some have even resorted to fabrication of evidence in support of the old view (for example, see here).

Many will be shocked to discover that the modern idea of caste is a colonialist construct (see also this). There is no synonym for caste in any Indian language. The word ‘caste’ comes from the Portuguese casta, a word that was meant to describe the jāti system that is composed of clan or occupation based communities, but slowly it has come to have a much broader connotation. The term was conflated with varṇa, which is a theoretical classification based on social class.

India’s jātis represented a fluid system, not too dissimilar from that of other cultures. As people migrated from one region to another, they often changed occupation or were identified with a different class. There was also powerful religious sanction to the idea that varṇa, as representative of the class one fitted in best, was based on temperament rather than birth.

To get context for what was happening to the jātis, one should remember that the British destroyed India’s economy by crushing taxation and preventing investments in India just as the industrial revolution took off in Europe. India rapidly became deindustrialized and turned into a destination for British goods. This was great for the Empire but a disaster for India. The horror of that period may be guessed from the estimate that India’s share of the world manufacturing fell from 20% to about 1.4% during the British rule (the estimate if for 1750 -1914).

The dynamics between the jātis has been influenced a great deal by historical and political factors. During the periods of economic growth, the jātis have been relatively open-ended; during periods of hardships the jātis have tended to draw in for the sake of survival.

Colonial anthropologists failed to understand the complexities and fluidity of the jātis. The classification in terms of these castes was used to categorize people in the census forms in 1872. Most jātis were not aware of the specific varṇa class they belonged to but were squeezed into the varṇa system by the British administrators.

How ISIS held on to so much territory for for so long?

Blue Eyes Mutation Derived From A Single Individual And It Originated Either In The Middle East or India.