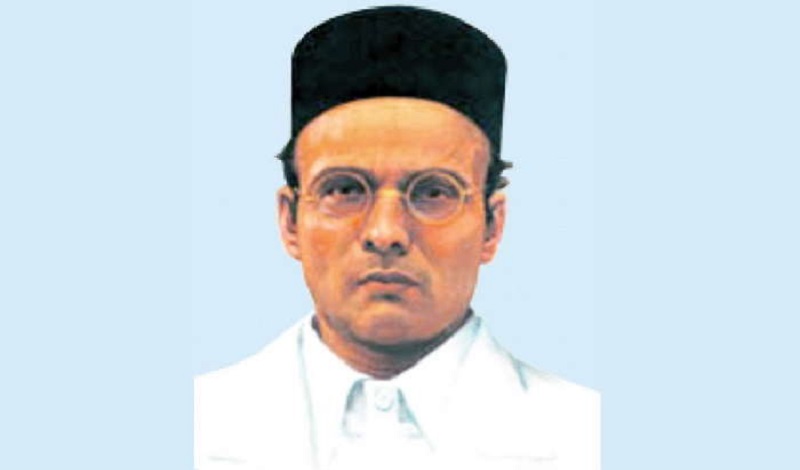 On May 28, 2016, the 133rd birth anniversary of Savarkar, Ajaz Ashraf, a freelance journalist wrote an article titled ‘Reading Savarkar: How a Hindutva icon justified the idea of rape as a political tool‘, in a leftist webzine. The article went viral.

The gist of the article is that in his book, ‘Six Glorious Epochs of Indian History‘ (finished in 1963, but started years earlier), Savarkar had made a criticism of the chivalrous attitude of Shivaji towards the captured Muslim women during his victorious expeditions against the Mughals. The passages in question are these:

Even now we proudly refer to the noble acts of Chhatrapati Shivaji and Chimaji Appa, when they honourably sent back the daughter-in-law of the Muslim Governor of Kalyan and the wife of the Portuguese governor of Bassein respectively. But is it not strange that, when they did so neither Shivaji Maharaj nor Chimaji Appa should ever remember, the atrocities and the rapes and the molestation, perpetrated by Mahmud of Ghazni, Muhammad Ghori, Alla-ud-din Khilji and others, on thousands of Hindu ladies and girls … Did not the plaintive screams and pitiful lamentations of the millions of molested Hindu women, which reverberated throughout the length and breadth of the country, reach the ears of Shivaji Maharaj and Chimaji Appa?

If they had taken such a fright in the first two or three centuries, millions and millions of luckless Hindu ladies would have been saved all their indignities, loss of their own religion, rapes, ravages and other unimaginable persecutions.

One should note here that Savarkar clearly talks about using such a retaliatory violence in the context of a bygone historical times (‘in the first two or three centuries’ of the Islamist incursions). That said, there is also another aspect to his writings. He had been witness to the communal riots that happened before partition and which reached their zenith during the partition. Till his last days the systematic persecution of Hindus particularly through violence against women was happening in East Pakistan. Five years after his death it would result in the 1971 genocide. In all these there was definitely a theological asymmetry.

The Genocide That Hindus Faced In Bangadesh

The Conversation Between #VeerSavarkar And Shaukat Ali