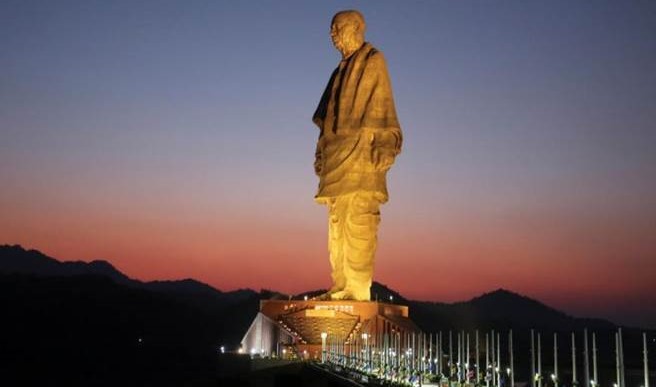 In just over a year of its unveiling, the Statue of Unity has surpassed the footfall at the 133-year-old Statue of Liberty in the US, with an average of over 15,000 tourists visiting the monument in Gujarat daily.

This has further increased to 22,430 on weekend days. The Statue of Liberty of New York, United States, attracts around 10,000 visitors a day!” a statement by Sardar Sarovar Narmada Nigam Ltd said.

The Statue of Unity is a statue of Vallabhbhai Patel, the first home minister of the country. With a height of 182 metres, it is the world’s tallest statue.

It is located near the Sardar Sarovar Dam on the river Narmada in Kevadiya colony in Gujarat. Designed by Indian sculptor Ram V Sutar, the project was first announced in 2010, and was finally unveiled on October 31 last year by Prime Minister Narendra Modi.

Instead Of Fighting Back, Gandhi Asked Women To Take Poison