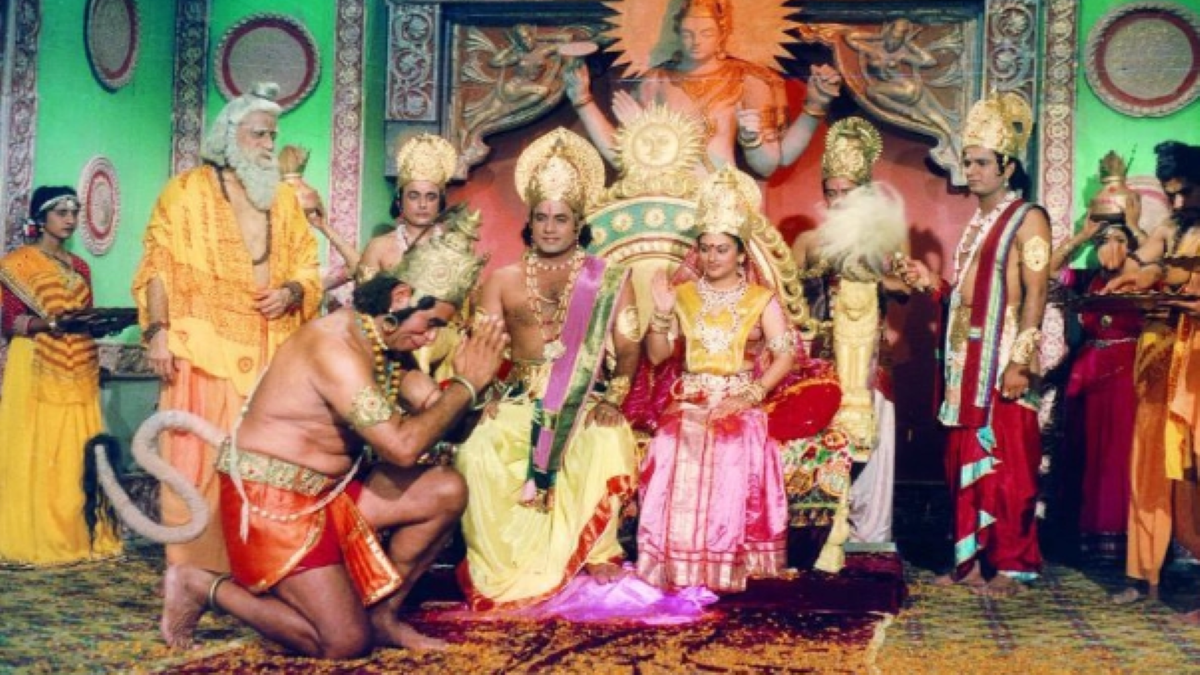 A new book by Ramanand Sagar’s son on the former’s life narrates how the former overcame many administrative and practical hurdles to deliver the Ramayan series.

Everyone took a casual suggestion to mean the prime minister wanted the Ramayana and the Mahabharata on DD. There was no time to spare, no tenders, no shortlisting.

Two Bombay filmmakers, Ramanand Sagar and B.R. Chopra, were asked to immediately produce the epics. Rajiv Gandhi had asked for Ramayan! That is how the biggest moment in Indian television came about.

However, adversities never left Papaji. There was a continuous barrage from the press and the bureaucrats criticising the show and wanting to get the telecast truncated as early as possible, even during its unprecedented success as a cult classic.

Bhaskar Ghose refused to give Papaji an additional twenty-six weeks so that the show could be stopped midway. But the addiction to Ramayan in the country was so strong that if it had stopped, the whole country would have been hurt.

Despite Ghose’s many efforts, the broadcast of the show did not stop. Papaji sought permission to continue with it, directly from H.K.L. Bhagat, who was the I&B minister at that time.

Ghose’s dictatorship still did not end. He told Papaji that by reducing the Hindu element in Ramayan, it could be made a little more secular so that it could be watched by diverse viewers.

This meant that there was no unity among the Hindus, and their ascendancy could not be in danger. But Papaji did not give up, despite all these conspiracies by Ghose. Nor did he agree to any kind of compromise in his direction of the show which he felt could not be stopped or changed.

Instead Of Fighting Back, Gandhi Asked Women To Take Poison

The Buddhist Ancestry Of Uyghur Muslims

Case for Ram Mandir at Ayodhya – A talk by Dr. Meenakshi Jain

When did the Ramayana and Mahabharata Occur : Dating Based on Astronomical References in the Epics — A Talk by Nilesh Oak

When did Kaliyuga start and the comment about Abhijit in Mahabharata

The Geography Described in Ramayana is Indian, It is unconnected with Afghanistan