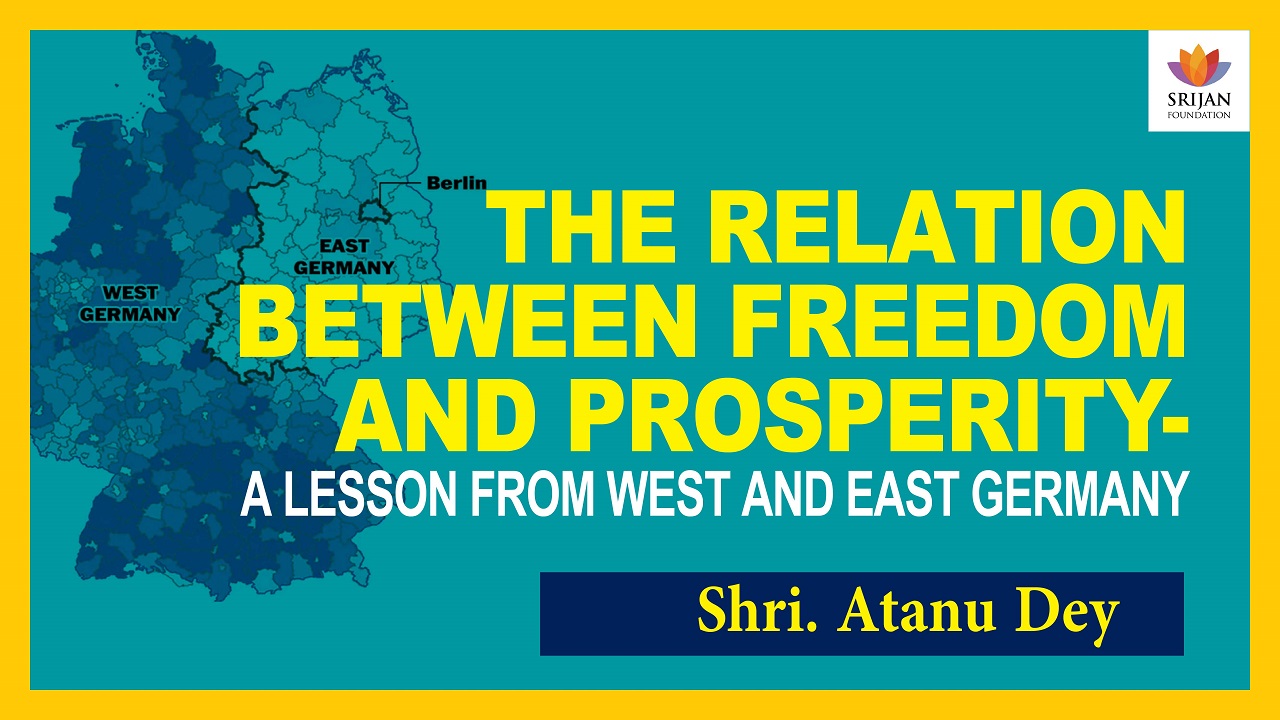 Exactly why is it that some nations are rich and some nations are poor and that brings us to a conjecture, that it is nations differ because they have different degrees of freedom, the people in that nation and what is freedom we will come to it. But the more important point here would like to make is, that the rules of the system make a difference. Now I just take for example, East Germany and West Germany. At one time they were one and the same. After the Second World War they were divided into East and West, the people were the same, the language is the same, the history was the same, their education level, culture etc everything was the same. But over time they diverged. The Western Germany became rich, East Germany became poor. The same story you can tell about say South Korea and North Korea, same people, same country, same geography, same history etc so and they divided it, one became communist and the other became capitalist, free-market, voluntary exchange etc, and then that is what created the difference.

The Abrupt fall of Vijayanagara Empire – Causes and Consequences

Why Current Day Greece Is Not A Civilizational Continuity Of Ancient Greece?