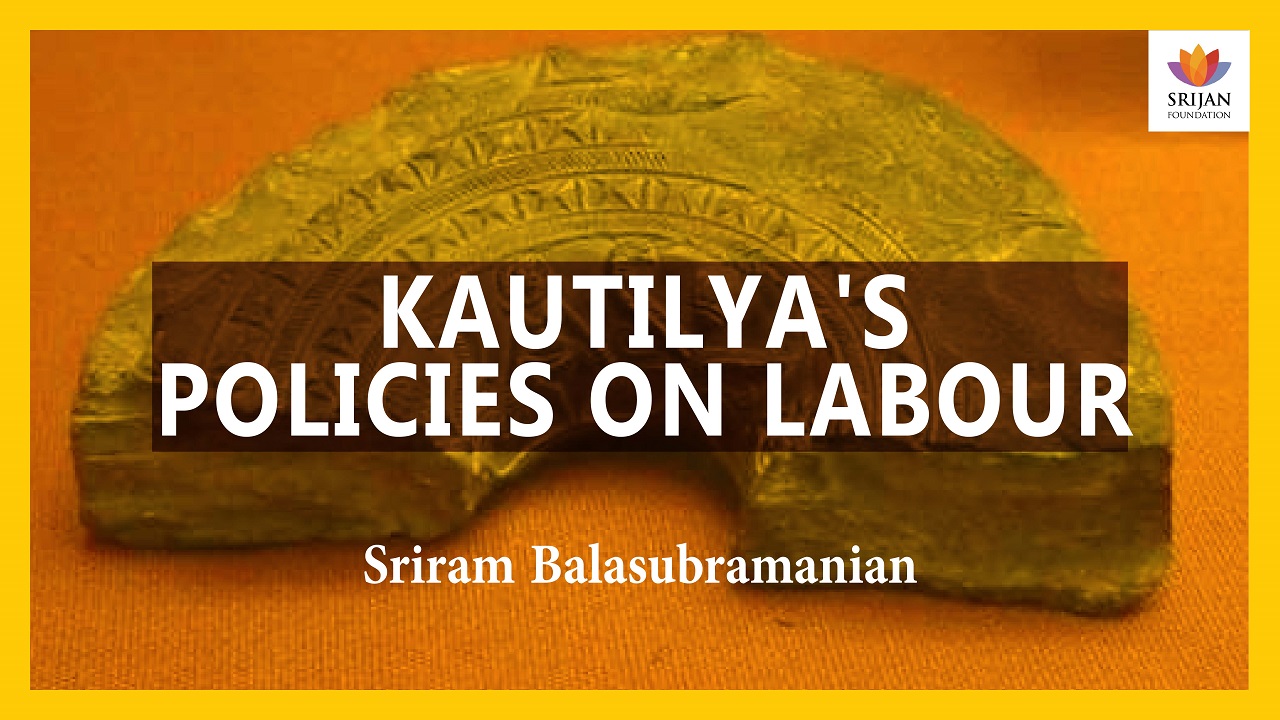 Labor is another component, one of the scholars and the subject mentions that he found the right mix. Mr. Balbir singh finds the right mix of job security servings and sanctions, to address the issue moral hazards. They are very innovative thing that at least for those times. Kautilya focused on meritocracy, that everyone had equal opportunity and all positions of the government had provided the idea of incentive based labor contracts. So he understood that people work only when you provide them incentives and you provide incentives based on the individual’s needs, for example, there’s a quote. It says, “The miser should be won over by means of wealth, the proud man by offering respect, the fool by flattery and learned and won by fruitfulness”. So here a sense of understanding of different types of people and how to motivate them to had incentives and that was kind of, one of his key traits and salaries were again provided according to graded skills. So for example, the highest grade was provided about 4000 to 48000 Panas, say for  example, in a civil service one of the higher grades they might whatever the salary range, so they had a like a segregation, the middle grade was given about two fifty three thousand Panas. The lowest grade is about 60 to 120 Panas.

But the interesting thing is, in the lowest grade, because there is a sense of discussion in the Arthashastra where Kautilya talks about the concept of minimum wage, it had a very conception level. He says below going a particular for employees, you can’t go below a particular point, that is flexible though, most of the time that is a mention over 60 Panas. So I mentioned that, that amount is flexible and that can be varied. So the concept of minimum wage that we have in the West, for example, the United States, so what eight dollars, eight or nine dollars minimum wage. Now they are trying to increase it. So at that level he also understood that people can’t be paid beyond a lower point and he had a benchmark for that and that was negotiable and that was interesting because he understood that because of other factors because of inflation or other factors this could all, this also needs to be changed, not a fixed kind of a notion and he believed in moral motivation as a driver of labor efficiency, which is again an interesting concept because he believed that if people who are honest and people had good moral fiber, modern moral ethics that could cause them to be more productive, that then the labor becomes more efficient. When you go and do a particular activity, you are honest, you do the activity properly and then you come out there’s no corruption no none of all that.

So he believed in the moral motivation as well as a driver of efficiency. And the idea of labor contracts, there is, for example, a quote which says “the agreement between a laborer and one hiring him must be public. The laborer should be paid wages as agreed upon. If there is no prior agreement laborer should be paying accordance with the nature of the work, time spent on his customary rates”. So this is a translated version of one of the translations where he mentions the some level of understanding an agreement has to be done between the laborer and the employer and that has to be transparent, so that it also shows that he also focused on the rights of the laborer and put to some extent protected it as well with big companies and like I mentioned earlier the concept of minimum wage was something that I think. It’s been explored in the Arthashastra or at least spoken about and there’s also focus on skill based workforce, for example, there were camps or at least agricultural skill development schemes, which he kind of thought about he believed that skill based labor force is something very important. So skills were core to his way of developing the social framework.

Being A Hindu In Bharat: A Letter Showing The Hindu Harrasments By Nehru After Patel's Demise

The Astronomical Connections to the Sacred Hindu Conception Known as Hiraṇyagarbha, or the Golden Womb

[Q/A] Thank You India: A German Woman’s Journey To The Wisdom Of Yoga — A Talk By Maria Wirth