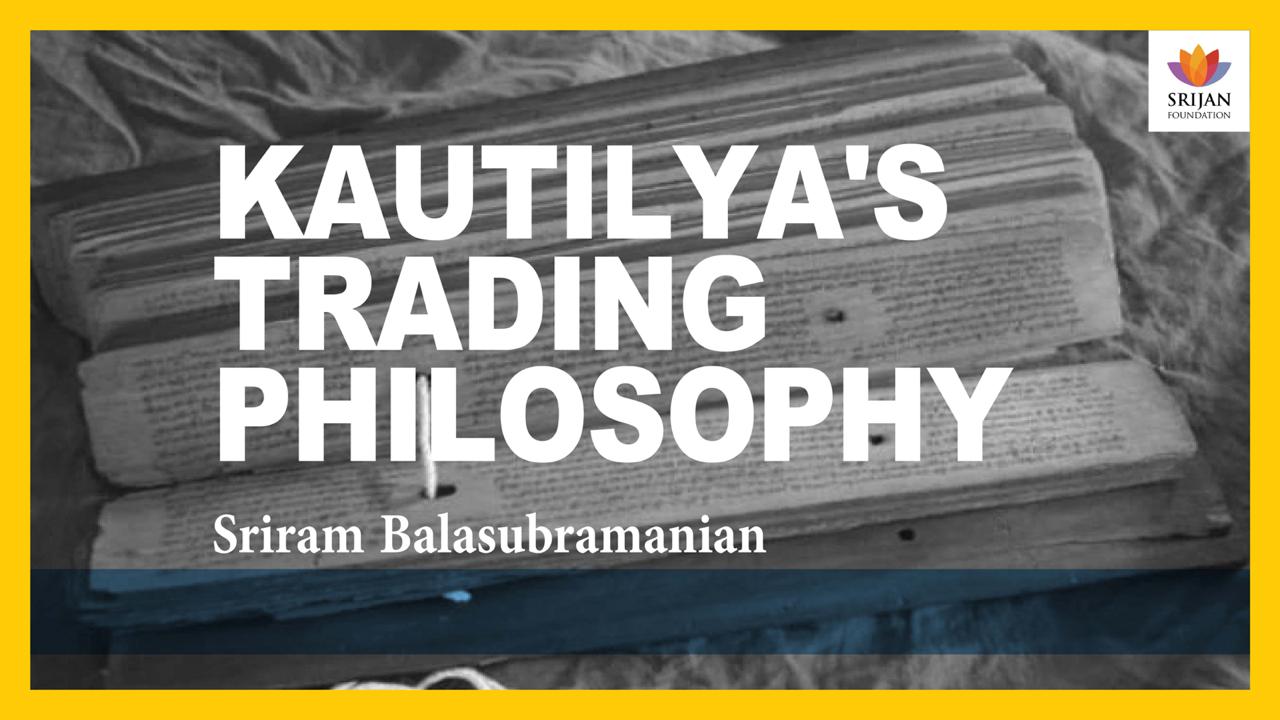 a quote which kind of mentions about how pearls could be imported from Ceylon, a aloe from Burma, woolen clothes from Nepal and furs and horses from Gandhara. Gandhara which is today probably Afghanistan and Vanayu from Arabia, Persia and wine from Afghanistan and Scythia. I mean this is probably a translation, but the mood of the text is something similar, which basically tells you that, there’s a lot of activity across board, across the region rather, not just within modern India and the nature of trade was basically defined by two key things. One is high risk and high value goods and they had high value goods as well, and he also believed in the need for free and fair trading system and high importance to imports and exports.

If you really look at what philosophy, he had on trade, it’s quite interesting. One is… he believed that it was a revenue accumulating mechanism, which means, trade gave money to the state and he believed that more trade that will give more revenue to the state. So that was something is promoting. The interesting thing is, he preferred imports, far more than exports that’s contrary into how we evolved now a days, where the focus is more on being competitive in exports and but he for some unique reason, probably Kautilya believe that the resources that you get from outside, the more and more if we could accumulate and then give it for his people, then it also adds probably a kind of a value to his people. So he preferred imports and gave a lot of exemptions for high value imports like gems and gold and things like that and also believe in the potential for exports, greater economies of scale, that’s another thing he believed in getting large quantities of trade, not small quantities. He wanted to do it big and he believed that had to be a focus and high and low value goods were also included as part of this.

There was a trade structure in place, for example, there was the Panyadhaksha which is basically the superintendent of trade. So this person basically controls, like the officer in charge of trade through the Mauryan kingdom and he, and Kautilya basically says that he is given a lot of responsibilities. One issue is fixing price of commodities, after looking at investment capital and duties and things like that and then he was also intervenes with a shortage of commodities and in terms of and here an acute sense of demand and supply in the market according to the Arthashastra and the row, there’s also team which kind of surveyed for these inputs which is reported to the Panyadhaksha. So there’s a team of surveyors who could go around in the countryside to understand what the demand is and give him a sense so that he can take a call. So all the state control trade was within his domain and it determines how, how they are produced immediately outside the country. So basically it’s a combination of what the RBI would do nowadays compared and also what’s a the Ministry of Commerce might do.

So the Panyadhaksha had a lot of power in this sense because he controlled the most dominant part of the economy. So he was a superintend of trade and then there was a some Sansthadhaksha, which basically looks it’s consumer interest. So in terms of, say your products, whether they are good quality, quality control whether you are cheating you in terms of goods from other countries. So he did a quality check he also ensured that secondhand goods were not, duties were limited on them. So he was in charge of doing a quality check and all this and a Sulkadhyaksa, which was is the superintendent of customs. So this is the person who’s the border of the kingdom and here ensure that custom duties and imports and exports were all taken care and the excise duties and indigenous products were also taken care. So these were duties and tariffs which were their existing during that time, sell feeling in an indirect, in a different terminology, but some amount was given for this.

An early Chess board discovered in Lothal, Gujarat (2300 BCE)

Changing Landscapes due to Climate and the Flood Myths