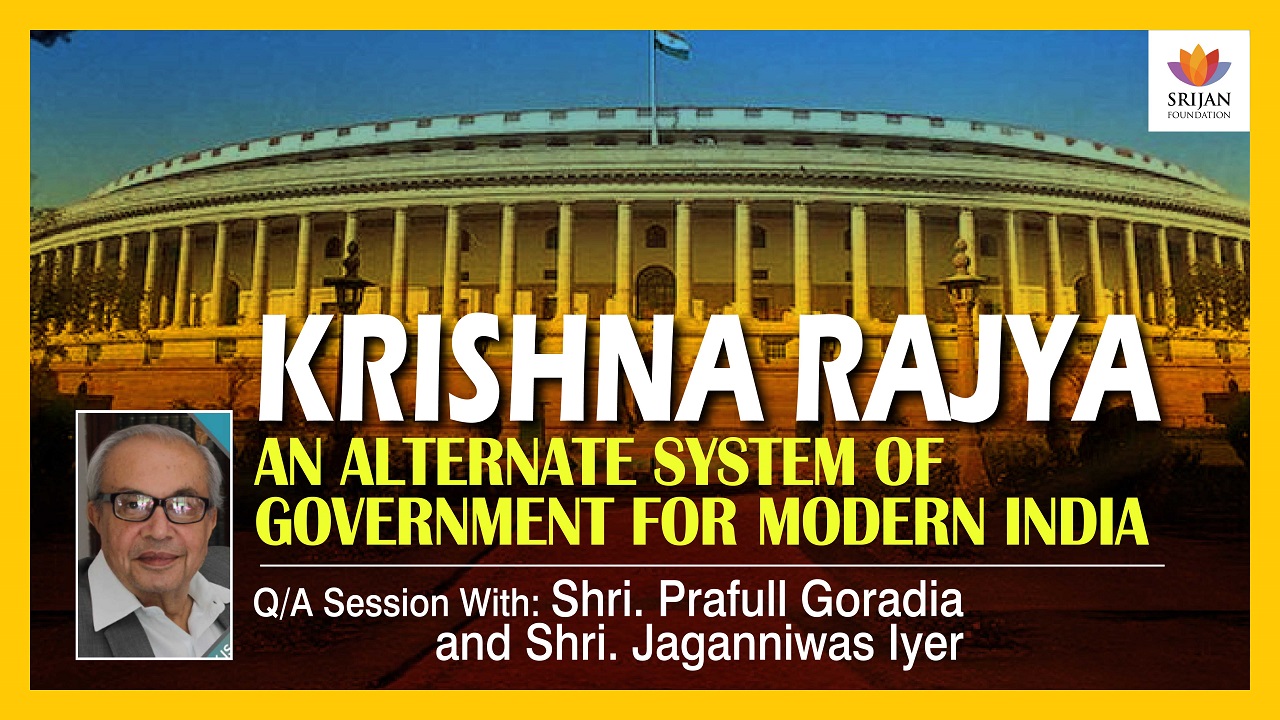 Krishna Rajya is an ENTIRELY novel concept in Hindu society, literature and socio-political consciousness. This idea was conceived by Shri Prafull Goradia. Many Hindus will not relate to the idea of Krishna Rajya, when Krishna himself was never a Raja! Krishna Rajya is only the SECOND Indian work on Political Science after Arthashastra by Chanakya (Kautilya). And that was almost 3,000 years ago.

Shri Krishna has been worshipped, eulogized, sung and talked about. But Hindus still have to recognize that He was perhaps the first politician, philosopher, statesman and warrior who brought about the POLITICAL UNIFICATION of India. Krishna Rajya tells the reader the how and why of it. Though Rama Rajya is the ideal state, Krishna Rajya reveals the importance of a realist state. The unified India he brought about was based on realpolitik.

Krishna too had to fight and defeat foreign invaders and Krishna Rajya has accounts of this. Krishna governed not for himself, but only for the people. He made his dharmic cousins the Pandavas the rulers of India and didn’t grab the throne for himself.

Krishna Rajya has been dedicated by Shri Prafull Goradia to PM Shri Narendra Modi, who like Krishna, governs for the nation and its people, and not for himself.

Global Economic Theories: A Ploy To Loot India -- A Talk By Arvind Kumar

Illegal Immigration In India – A Talk by J Sai Deepak