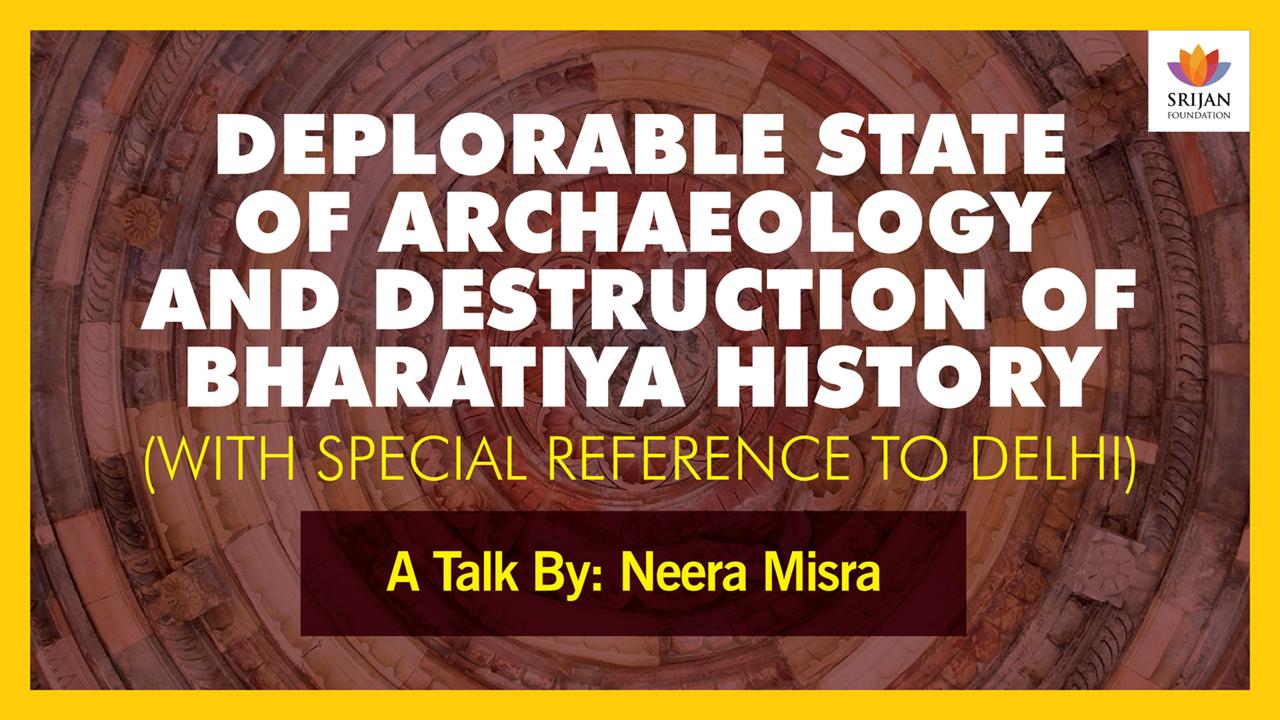 Almost 18 years ago Sushri Neera Mishra started her journey to create a better understanding and appreciation of ancient Indian culture and history. Gradually came a time to work for advocacy and active participation to showcase some parts of ancient Delhi, the political pivot that captured the world’s attention since most ancient times.

But little did she realize that she will meet bigger hurdles than K.N.Munshi when he tried to rebuild our iconic Somnath Temple. It is strange and painful to state that what Munshi said decades ago still hold true with regard to promoting ancient cultural and history. When Education Minister Maulana Azad said that Somnath Temple should be retained only as relic under ASI, and Nehru objected to its reconstruction saying it is ‘Hindu Revivalism’, Munshi hits the nail on the head, as he replies to J.L.Nehru in the famous Munshi papers.

Even till this day an Imam’s NGO AKTC is given full honor with an MOU with ASI to rebuild medieval buildings, freedom to completely renovating them, with government support, to make Delhi get a sectarian historical landscape. However, our request to showcase the antiquity of Indraprastha by exposing and conserving the archaeological remains for showcasing via an Archaeology Walk, and creating a Capital Museum to tell the history of our capital from Indraprastha to Delhi, is refused by DG ASI. To promote historical and cultural tourism in India is it essential to still keep on destroying buildings that are ‘not Mughal or colonial in architecture’ and only highlight medieval Delhi?

During Commonwealth Sports 2010, Delhi was widely propagated as a five thousand year old civilization. Let us start with a glimpse of our capital city-state Delhi. Seeing these images what feel do we get? Is this Pandava’s Indraprastha or Dehlu’s Delhi or Tomar’s Dillipuri or Prithviraj Chauhan’s Dilli?

Neera Mishra is a Social Entrepreneur, with more then two decades of work experience, as business entrepreneur and then as social entrepreneur. She is the Founder Trustee and Chairperson of Draupadi Dream Trust. Read More