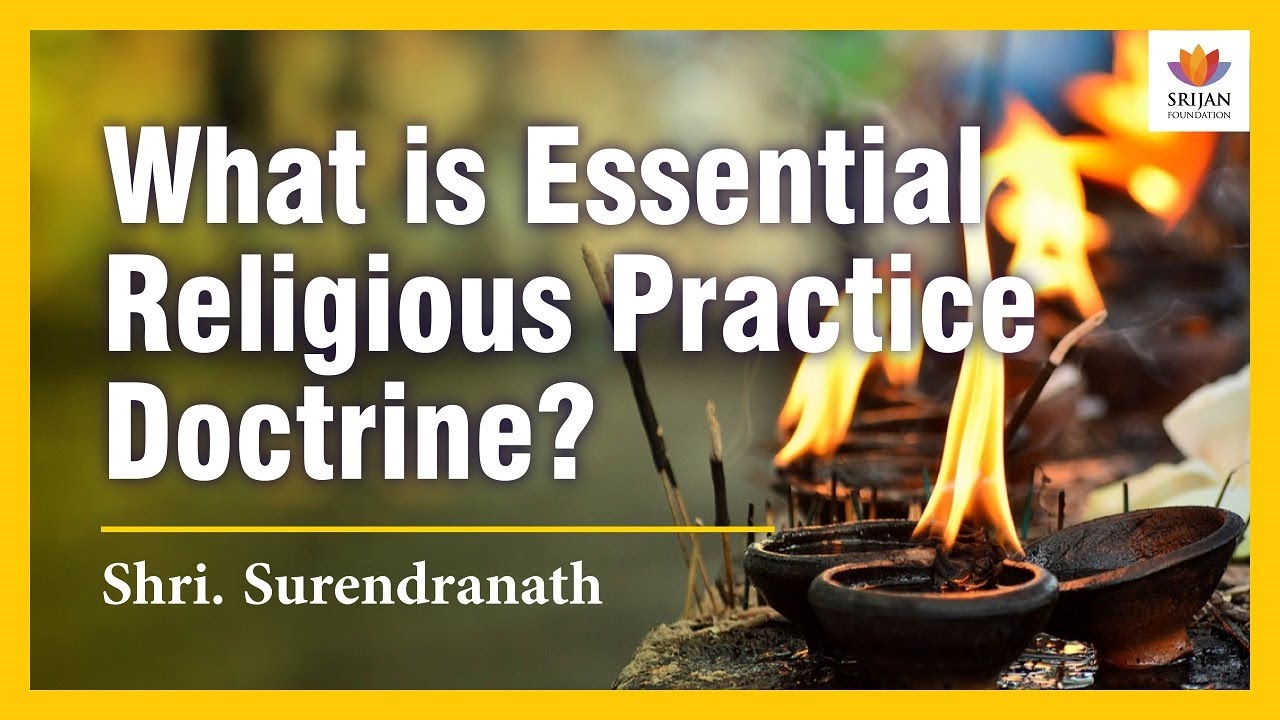 The ShirurMutt is one of the eight mutts in Udupi which manage the temple, in a rotation basis. It’s called the Paryaya system, where the swamy of each mutts, eight of these mutts, the swamy of each mutts manages the temple and offers the primary worship of the temple in a rotation  system. They have a period, the Paryaya period. So one of these mutt is the Shirur Mutt and the swamy, who came in to the Madathipathy seat, was the Lakshmindra Theertha Swamiyar, and this Madathipathi, when he was came to the seat, he was junior, he was a  minor and the people managing the affairs for him, the mutts affairs for him, and after he became, came in to majority, he started managing affairs by himself. The mutt ran into financial difficulty, and they were forced out of and borrow money and so on and therefore at that point in time the Shirur mutt, in the Udupi region was under the Madras presidency.

The Madras presidency had Hindu religious charitable endowments rules act. Under the Act they appoint somebody to come and managed the affairs of the Mutt and afterwards another person. This person become the proxy for somebody. They wanted to take over the entire mutts affairs, just keep the Swamy as a figure head and manage the affairs and eventually this transformed in to power struggle, where the Swamiyar had to evict the person appointed by the HRC board. And among the point of the contention were the practices, which were carried by the temple in the Shirur mutt swamiyar and the question came up as to whether this is freedom of religion and this is essential practice.

So in this judgment, there is an interesting section of the judgment, where I read it out for you. In the first place, what constitutes the essential part of a religion is primarily to be ascertained with reference to the doctrines of that religion itself. If the tenets of any religious sect of the Hindus prescribe that offerings of food should be given to the idol at particular hours of the day, that periodical ceremonies should be performed in a certain way, at certain periods of the year or that there should be daily recital of sacred texts or oblations to the sacred fire, all these would be regarded as parts of religion and the mere fact that they involve expenditure of money or employment of priests and servants or the use of marketable commodities would not make them secular activities, partaking of a commercial or economic character. All of them are religious practices and should be regarded as matters of religion within the meaning of article 26(b) and article 25 (2)(a).

So what it says is, if you go through the essential practices test, 1954 ShirurMutt judgment, what it says was, an essential practices should the essentially religious in practice, is should be essentially religious in nature. If it is essentially religious in nature, the state does not have any authority to comment on it or to regulate it, except where there is, I mean, you can have religious rituals where people, there are religious rituals, where there are aspects of self harm, for example there is the Made Snana, where people eat, and people roll over the leaves after they eaten, they are Hooks Winging practices, where people gets themselves, stung up and hang by a hook, which is put into or punched in to their flesh, there is an aspect to self-harm. But you cannot, as long as it does not exceed certain limits and actually involve human scarifies or there were certain practice that children being buried alive, which I read the news paper, which I cannot trust, but the children supposed to be buried alive for sometimes and then brought out of something like that, which was pretty disturbing, the way its described.

So may be the things like you would the state would have… Muharram, Muharram is an essential practice, which the essential practice which the state does not interfere. But even if there is self-harm, swinging from hooks is similar to Muharram, where people actually cut them also open with sharp objects. So the state will not interfere, except if you are giving human scarifies or you are going to coming suicide or something like that, which is extreme in nature, in which case the state will deemed it necessary to intervene. So that is in Shirur mutt case.

So basically in 1954, in the Shirur Mutt case, where did not, there were too many precedents from Indian Judiciary proceeds, so lot of the precedents with that, they drew from commonwealth countries which is followed the British systems of the jurist providence. They took example from New Zealand and from England, cases in England and essentially arrived and then came to this definition of an essential practices, which is that should be essentially religious and there for it is covered under the freedom of religion.

Gandhi's Role In The Moplah / Mappila Genocide Of Hindus In Malabar