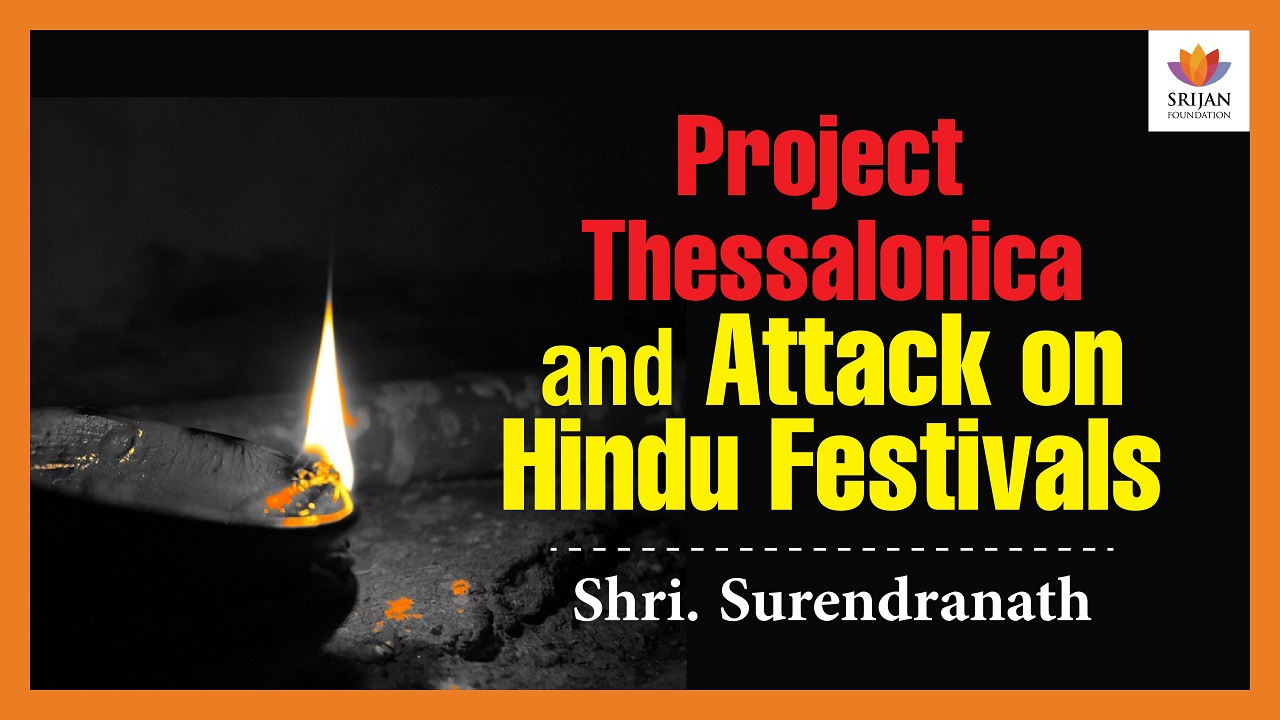 The edict of Thessalonica, I mean, one of the Roman emperors, basically banned all taken practices offering worship at shrines, animal sacrifices. People says that, the Olympics were stopped at certain point of time in 400 AD or something. Nobody says, why they are stopped. The Olympics as with other pedant practices. Olympics, the games at Olympics, all these were related to some form of worship of gods. They were something to do with Jews, Jupiter or Hera. Therefore, some form of worship, with any kind of activity, with horse races, games and so on, and this was the means for, the floor for, the pedant to stay away from the church. So, therefore, the emperor banned it because he said this is repugnant to us.

Let me take that, let us come back 1600 year to 2006, in the Madurai bench of the Madras High court. In the Madurai bench of the Madras High court a case came up. I think it was the Muniyasami Thevar was the respondent. There was a dispute in the temple, the temple used to have annual fair, some kind of Mela, and part of the mela they used to have a Rekla race. Rekla race is where a single ox tied up to a cart and they have race, and it is linked up to the temple festival and they believed that, it is the belief that, if you have the Rekla race this year, you will have good race, it will satisfy the god in the temple, the Ayyanar, the Ayyanar god in the temple. And there had been a dispute between the different castes and different factions in the village and therefore the religious festivity had been stopped and the Muniyasami Thevar approached Madurai bench of the Madras High court with a submission, asking that the Rekla race been continued.

Justice  Banumathi was on the  Madurai bench of the Madras High court at that time she is now on the supreme court, and she said that this cannot be allowed, the Rekla race cannot be allowed, since it constitute the cruelty to the ox and unilaterally she included cock fighting and Jallikattu practices. You know, it was never under discussion, but she included the practices and she said that these were also repugnant since they involve cruelty to animals and she said we could not allow permission. And then  you have the active eco-systems which picked up on the judgment, and try to pass it and took it all the way up to supreme court and lot of case happen.

If you look at it, before this judgment, or before this, nobody knew what it look like, nobody had even seen it. The biggest festival was something which was attend by a few thousand people in village called Alanganallur, somewhere on the border between Kerala and Tamil Nadu. Nobody even cared about,  it was happens in one day in a year and few bulls were just run, some guys were hang on to the bull for  30 seconds and then, you can’t even hang on a racing bull for more that 30 seconds, such a powerful creature, and you will fall off right, have it for one day in a year, somewhere in the remote corner somewhere. In this court and why the supreme court get animated over it. It’s because of it’s a observance. Its pedant and essentiality repugnant, all this story animal rights, women’s right and environment and all that is just, the language which is employed, at core, it is this repugnant, toward the exhibition of the pagan, of the heathen, exhibiting their religious practice or their behavior, which is repugnant to an Abrahamic morality at core.

The Genesis Of The Sabarimala Case | C Surendranath

The Truth Of Urban Naxals And Award Wapsi Gang