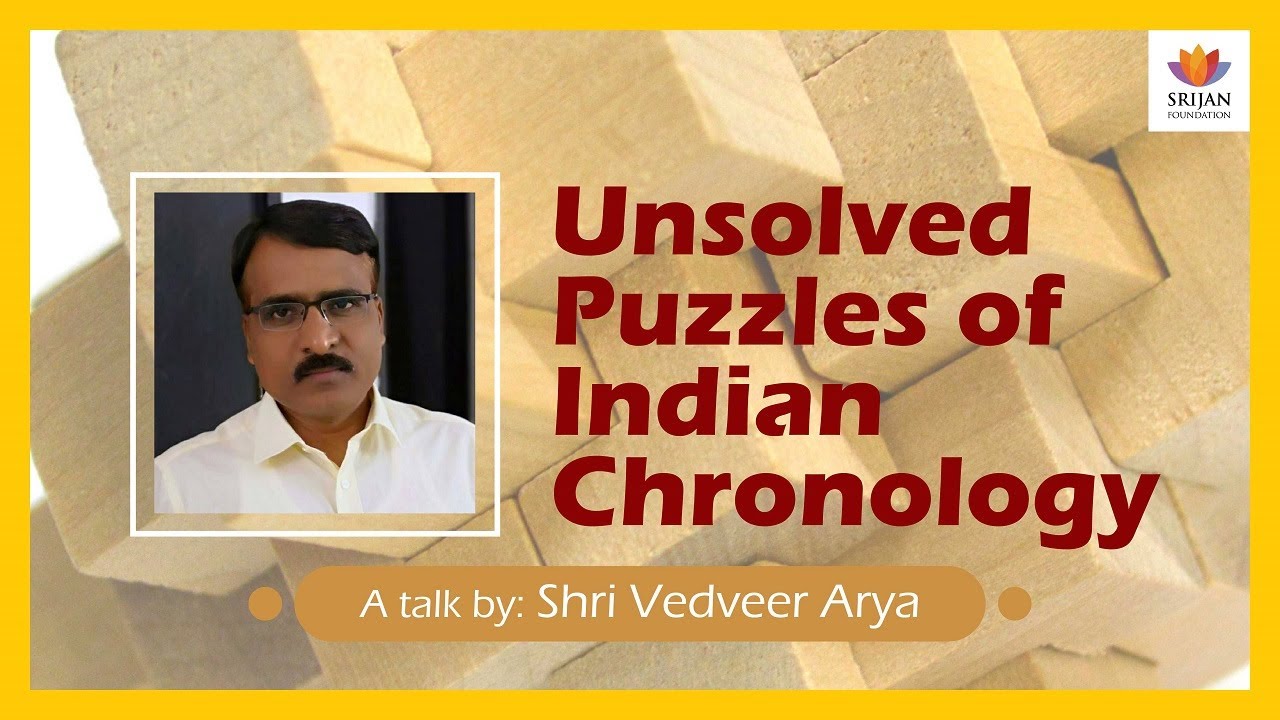 Indian chronology has some unsolved puzzles like the chronological evolution of the concept of Yugas before Mahabharata era, the chronological error of 1381 years in dating of Buddha Nirvana etc. The present research by Vedveer Arya found that the epoch of the end of the 28th Krita Yuga of the Vaivasvata Manvantara would be the strongest basis, if it is accurately established, to retrieve that lost chronology. Lāṭadeva, a disciple of Āryabhaṭa provides verifiable astronomical details of the epoch of the Kritayugānta in his Sūrya Siddhānta. According to him, Mayāsura wrote Sūrya Siddhānta at the end of the 28th Krita Yuga when all five planets, the sun and the moon were in a perfect conjunction in Meṣa Rāśi (Aries) on Chaitra Śukla Pratipadā.

This research is able to determine that this rarest of conjunctions occurred on 22nd Feb, 6778 BCE, leading to the accurate fixing of the epoch of the beginning of the 28th Tretā Yuga as 6777 BCE. Accordingly, the following chronology of ancient India from the time of Svāyambhuva Manu to the Mahābhārata era has been established:

In fact, the complex problems in Indian chronology arise from a misunderstanding of the epochs of ancient Indian eras. I have discovered that the Kurtakoti copper plate dated Saka 530 refers to a total solar eclipse occurred on 9th May 53 BCE in Northern Karnataka which conclusively establishes that the Saka era commenced in 583 BCE and the Sakanta era commenced in 78 CE. Historians mistakenly mixed up these two epochs which led to a chronological error of 660 years. Out of two contemporary copper plates found at Pranaveshvara temple, Talagunda, one plate is dated in the Saka era whereas, another is dated in the Sakanta era.

Apart from this error of 660 years, later Jain historians inadvertently identified Ujjain King Chandragupta, a disciple of Bhadrabahu with the Maurya King Chandragupta which made Mahavira, a contemporary of Buddha. In reality, Buddha attained nirvana 675 years before the year of Mahavira nirvana. Puranas and the Burmese inscriptions clearly indicate that Buddha attained nirvana in 1864 BCE. Recent excavations at Lumbini and the radiocarbon samples collected from the Trench C5 at the center of the Buddhist shrine at Lumbini indicate an earliest date of 1681 BCE. Thus, there is a chronological error of 1380 years in dating of Buddha nirvana due to mixing up of two different epochs of Saka and Sakanta eras and the mistaken identification of Chandragupta, the disciple of Bhadrabahu. The dating of Buddha nirvana in 1864 BCE also validates the traditional date of Adi Sankaracharya in the 6th century BCE.

Vedveer Arya is a civil servant and a senior officer from Ministry of Defence. He is a Sanskrit scholar and a researcher with profound insights in the chronological history of India. He made in-depth study of various epigraphs in original and critiqued the chronology of India put forth by colonial, (View More)

Conundrum: Netaji's Life After Death -- A Talk By Anuj Dhar And Chandrachur Ghose

Thank You India: A German Woman's Journey To The Wisdom Of Yoga -- A Talk By Maria Wirth

The Beginnings of Indian Agriculture – A Talk By Dr. Anil Suri