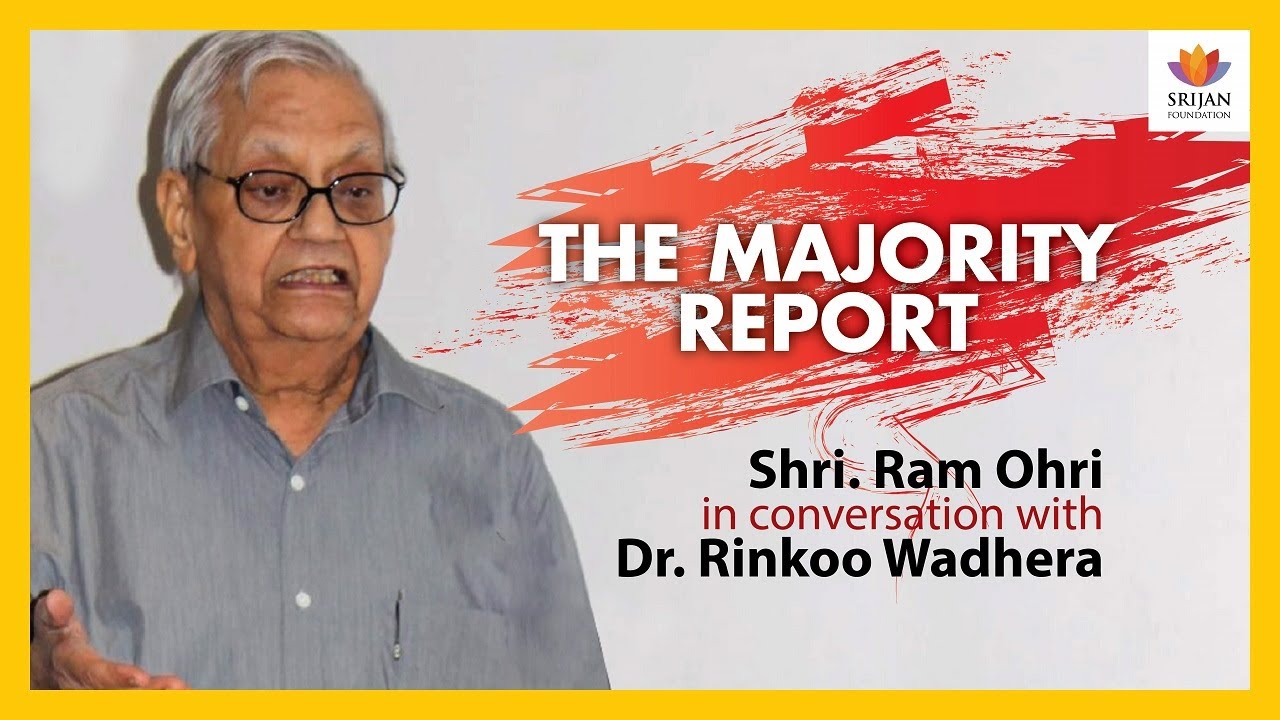 In secular India, it is becoming increasingly tough to survive with dignity as a Hindu. Even if you are lucky to escape the fate of the Kashmiri Hindus who have been thrown out of their centuries old habitat in the valley or of a Hindu tribal Bodo uprooted by Bangladeshi infiltrators from the border districts of Assam, you will be made to suffer innumerable deprivations, disabilities and even indignities in the holy name of secularism!

The Majority Report is a research study undertaken by two retired IPS officers, Shri Jai Prakash Sharma and Shri Ram Kumar Ohri highlighting the gross discrimination practiced by the UPA government against crores of poorest children of the majority community, namely the Hindus.

Not many people know that by using the flawed and fabricated findings of Sachar Committee, the former Minister for Minorities Affairs, Shri Salman Khurshid, acting in collusion with the former Prime Minister, robbed the unwashed and unlettered daughters and sons of Hindus living below the poverty line, mostly in rural areas.

Full details of all aforementioned discriminatory schemes and financial concessions showered on five minorities, but denied to the government-disdained Hindus, are available at http://www.minorityaffairs.gov.in and similar websites of the central government and a number of state governments.

For decades an unsubstantiated belief has been propagated across the country that economically and educationally the Muslims are the more disadvantaged than the Hindus.

Ram Ohri is a former IPS officer and writes regularly on security issues, demographics, and occasionally, on policy. He is the author of five books, including the controversial tome, Long March of Islam. View More

Dr Rinkoo Wadhera is a researcher with a Post Doctorate in Gender Studies & Folkloristics. She is also an educational consultant & teacher-trainer with schools. She is the author of—Existentialism and Upanishadic Resolution in Indian English Poetry.

The Turkish Origins Of India's Partition -- A Talk By Abhijit Chavda

How Do We Administer Our Temples – A Talk By TR Ramesh

Indian Civilization: The Untold Story — A Talk by Raj Vedam