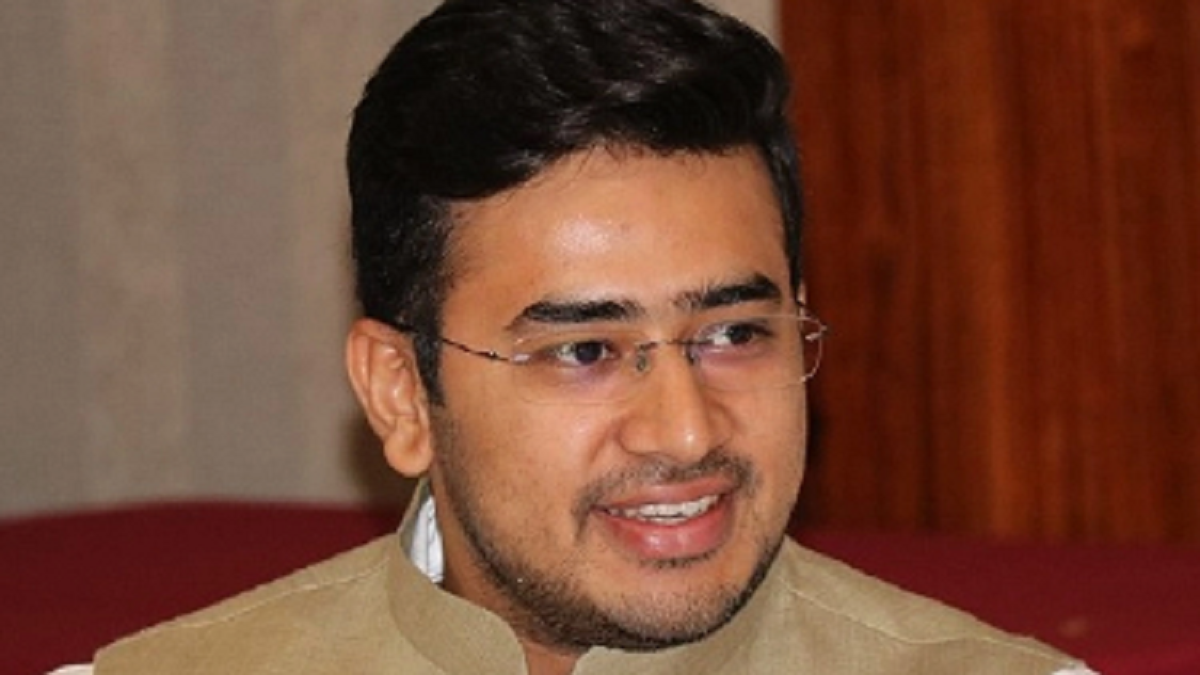 I think our session is coming at the right time. We have discussed secularism and now we are talking about Hindutva. Who is mis-interpreting, mis-representing Hindutva? What is even Hindutva? Let us get started by someone who is a very young Hindutva voice in Parliament now – Tejasvi Surya. You are actually being accused of trying to impose on the country a brand of militant Hindutva.

Thank you, Padmaja for having me here on this wonderful summit. I think in the opening remarks that you made you stated we must first understand what hindutva is? Let me as briefly as possible put the idea of hindutva, its evolution and its present day political context in context, so that it will serve as a primer for the discussion.

India as a nation was not born on August 15 1947. India is a continuing civilization, with a millenia old continuity, more than a few thousand years of lived civilizational experience. The primary philosophical thought of India was all inclusive, all accepting. It was never exclusivist and most importantly it never negated the existence and validity of any other philosophical, spiritual and religious thought. However, when this land and the philosophies, that was born out of this land came in contact with semitic abrahamic faiths like Christianity and Islam, which inherently are exclusivist, which inherently are conflicting, predatory and proselytizing, there needed to be a response by a non-exclusive, inclusive faith which can be called the Commonwealth of Hindu spiritual traditions.

Therefore, respond to the aggression, the predation and proselytising attempt by the abrahamic faith that came to Indian soil, a response was made by Indian, by Hindus of that time and that in the later context was called Hindutva. We can therefore say that Hinduism is the potential inclusivity of the Commonwealth of indigenous thought, Hindutva can be a kinetic effect which primarily is to defend Hindutva, primarily is to defend the Hindu philosophy against what is not inclusive, what is primarily exclusive.

Therefore, this is the philosophical underpinning of what Hindutva is. Therefore, without understanding the very nature of Hindutva and what it is trying to protect itself against, we will be misinterpreting and misrepresenting the whole debate. Therefore, in that sense, Hindutva is an intellectual political social response of the Hindus to prevent itself and themselves against aggression. Therefore, Hindutva cannot be dominating because Hindutva is the victim of aggression. This must be something that must be clarified at the very outset.

But what is the need for that aggressive Hindutva in the 21st century? What is the threat now? We are in a secular democracy. There is no proselytising. There is no conversion.

No, let us not jump to those conclusions when there is evidence contrary to that theory. Hindutva by its very nature cannot be aggressive because the very response of Hindutva emanated to be defensive. Padmaja what we must in fact be discussing today is why did the Hindus of this land had to come up with an intellectual political response like Hindutva because unless we examine and scrutinize the very basis of Abrahamic semitic faith which by their very nature are proselytizing, which by their very nature are predatory, which, not just that, by their own nature even go to the extent of negating the existence of other faiths as false faiths then we must ask questions that should the Hindu not come up with the response intellectual, political or otherwise to preserve and perpetuate itself.

As long as proselytizing religions will continue their existence as proselytizing religion, Hindutva should be there to protect itself and not just protect itself but also protect the values that the Hindu society has perpetually held as sacred and sacrosanct. And those values are in consonance to the modern secular values that the Indian constitution so dearly upholds.

An Example of Nehruvian Secularism

Chinese Traveller Faxian’s account about the Great Hospital in Pataliputra, maintained by charity

The Parsi’s Story Of Coming To Gujarat

Pope’s Advice To Columbus Before His Expedition: “See How The Conversion Of Indians To Christianity Might Be Undertaken”

Panchtantra – Fascinating Tale of its Spread from Iceland to Java