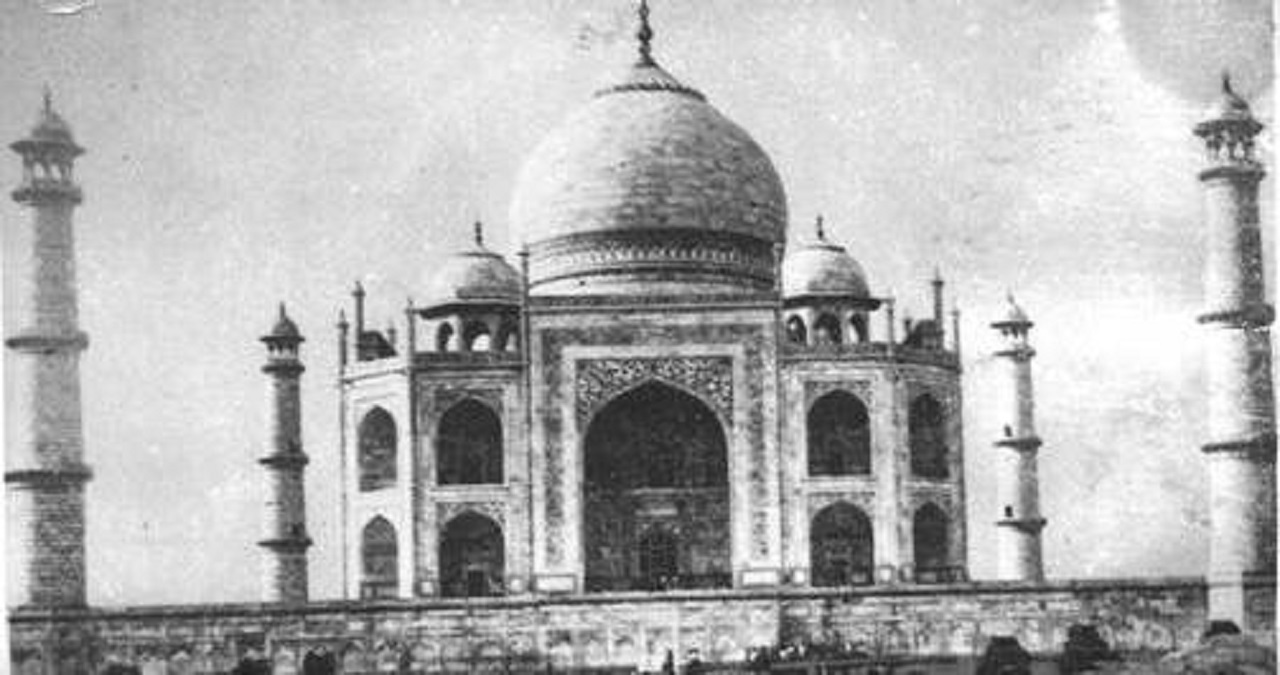 “What was the cost of building Taj Mahal?”- A JNU professor asked me.

“How?” asked the surprised professor. “But Taj Mahal is a symbol of love”, he said

My answer-“Taj Mahal was a symbol of death. It has the blood of 7.4 million people on it. Let me explain.

If you are looking for the monetary cost of building Taj Mahal, it was 41.8 million (4.18 crore) rupees in 1631. But what was the value of 41.8 million in those days? The average income of a single family of peasants was approximately equal to One Dam per day. A Dam was a copper coin and 40 Dams was equal to a single rupee(1). A single rupee fetched 280 kilograms of rice. Taj Mahal was constructed at a cost of 4 crore rupees(2).

But Taj Mahal demanded not just money. It demanded blood. The blood of 7.4 million people.

A little background. It was 1631. Shah Jahan with his army marched to Burhanpur (Malwa) to punish a Mughal commander who turned rogue and joined hands with Shia Adilshahis ( Bijapur) and Nizamshahis against Shah Jahan . Mughals used to extract approximately 7.7 million (77 Lakh) as annual revenue from the province of Malwa in 17th century(3). The fertile land of Malwa was a milch cow for Mughals. The rebellion threatened this income and Mughals descended into Malwa and Deccan to crush them. In fact, Mughals began invading and ravaging Malwa years before Shahjahan himself came to Burhanpur. As early as 1629, Mughal commander Khwaja Abu Hasan invaded and ravaged Malwa. These actions led to the genesis of Great Famine of 1630-1632(4).

What the imperial Mughal army did in Malwa and Deccan was described by both contemporary Mughal chronicles and foreign travelers. Shahjahan ordered the Mughal army to “ravage the country from end to end” (5). They carried out this order so comprehensively that Shahjahan-Nama says after the campaign, “there is scarcely a vestige of cultivation left in this country”(6). Shahjahan used to follow the insecure Mughal tradition of not leaving their wives alone even during war campaigns. He took Mumtaz Mahal along with him to Burhanpur. It was here that she died giving birth to Shah Jahan’s 14th child after a 30 hour prolonged labor! To house her corpse, Shah Jahan decided to build Taj Mahal.

“Inhabitants were reduced to the direst extremity. Life was offered for a loaf, but none would buy.. Dog’s flesh was sold for goat flesh.The pounded bones of dead were mixed in flour and sold. Men began to devour each other and the flesh of a son preferred to his love .The numbers of the dying caused obstructions in the roads. Those lands which had been famous for fertility and plenty of resources retain no traces of production”(7)

Some excepts from the diary of Peter Mundy, who traveled across this region during that time

“Surat(Gujarat)– Great famine, highways unpassable, infested by thieves looking not for gold but grain; Kirka- Town empty. Half inhabitants fled. Other half dead; Dhaita- Children sold for 6 dams or given for free to any who could take them so they might be kept alive; Nandurbar(Maharashtra)-No space to pitch a tent, dead bodies everywhere. Noisome smell from a neighboring pit where 40 dead bodies were thrown. Survivors searching for grains in excrement of men and animals.Highway stowed with dead bodies from Surat to Burhanpur”

About the Mughal overlords, Peter Mundy says -“In Bazar lay people dead and others breathing their last with the food almost near their mouths, yet dying for want of it, they not having wherewith to buy, nor the others so much pity
to spare them any without money. There being no course
taken in this Country to remedy this great evil , the rich
and strong engrossing and taking perforce all to themselves”(8)

But where was all the food ? While the entire province lay dead, Shah Jahan’s war camp was “fair and spacious, plentifully stored with all provisions, being supplied with all things from all parts, far and near”(9)

While people in the entire province were dying due to famine caused by his own army, Shahjahan was busy collecting money for his Taj Mahal. Taxes in Mughal empire were among the highest in the world. According to the estimates of JNU scholar Shireen Moosvi, Mughals took 56.7% of total produce of peasants(10). Contrast this with Hindu kings who mostly took only one-sixth (16.6%) as laid out in the Hindu scriptures.

And how did Shah Jahan use this revenue? 36.5 % of the entire revenue was assigned to sixty eight princes and Amirs, further 25% to the 587 officers.Thus, 62% of the total revenue of the empire was appropriated by just 665 Mughal elites as their personal property (11).

So, Shah Jahan brought famine upon the country by invading and completely ravaging Malwa and Deccan to reassert his authority. Where the state’s revenue needed to be used to quell the famine, he instead intensified it by diverting the funds to build Taj Mahal.

According to contemporary sources like the letter written by Dutch East India Company (VOC) lawyer, the famine led to 7.4 million deaths (12). This was a man made famine. And one man whose lust for power and wealth knew no bounds was responsible for it.

Nehru Did Not Want Patel In First Cabinet - Evidence!

[Q/A] Tipu Sultan: The Whitewashing Of A Tyranny In South India

14 January 1761 — Remember the sacrifice of 100,000 Marathas in Panipat battle, defending the country against Jihadis from Afghanistan