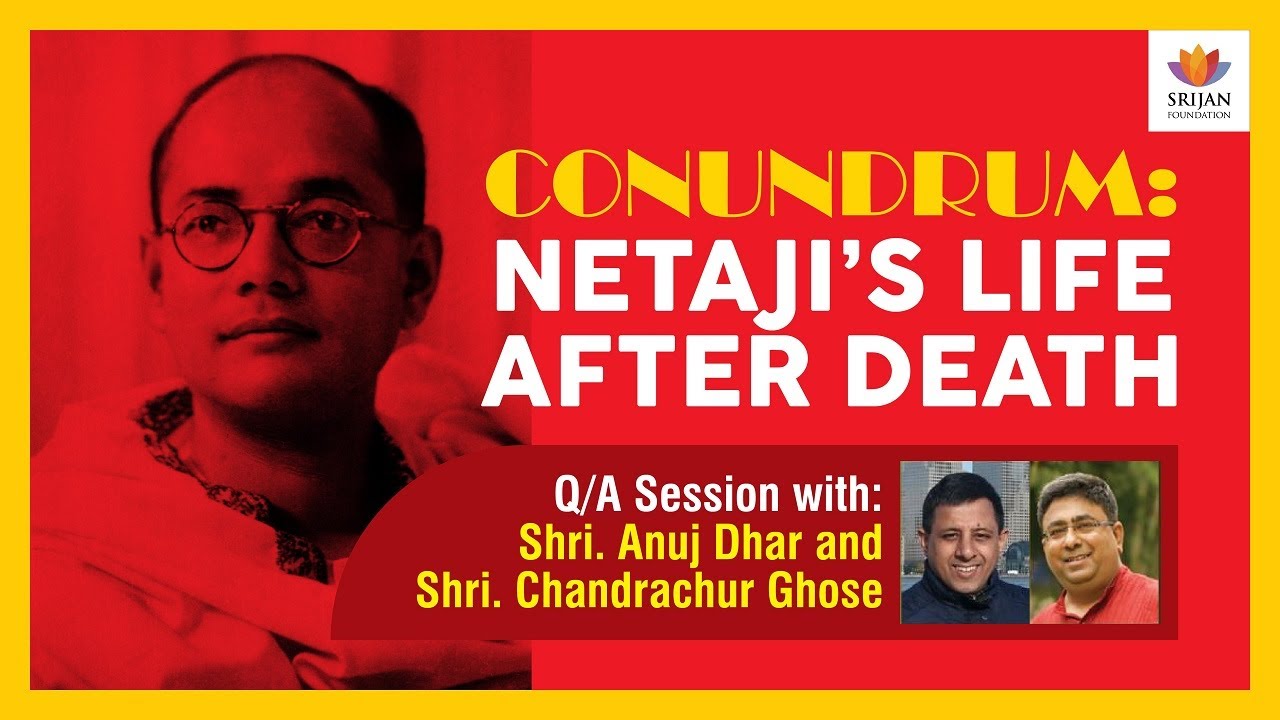 A former journalist, New Delhi-based Anuj Dhar is well-known for his research and activism relating to Netaji Subhas Chandra Bose, especially the issue of his death. Through his efforts and talks, Dhar has revived memories of Subhas Bose among millions around the world.

Dhar’s 2012 bestselling book “India’s biggest Cover-up” triggered the movement for declassification of the Subhas Bose files and inspired Alt Balaji’s hit web series “Bose: Dead/Alive”. In 2018, Dhar wrote “Your Prime Minister is Dead”, which is first-ever comprehensive study of the enduring Lal Bahadur Shastri death mystery. Both the books have different editions, including in Hindi. Dhar provided inputs for Vivek Agnihotri’s film “The Tashkent Files” before writing his book.

Dhar’s latest offering is “Conundrum: Subhas Bose’s life after death” (2019), which he has co-authored with Chandrachur Ghose. Given the subject matter of the book, it became a talking point much before its release. In fact, it is set to be turned into a major movie by national award winning filmmaker Srijit Mukherjee, with a top of the line star-cast led by Bengali superstar Prosenjit Chatterjee.

Chandrachur Ghose is a writer on economics, environment, history and politics. He has had a multi-disciplinary career spanning over two decades, having worked with one of the most well-known environmental organisations in India, an academic institute of global excellence and an economic research firm that is a trusted brand among Indian businesses. Ghose has worked on issues as varied as air pollution, food safety, agriculture, renewable energy, mining, infrastructure development, employment, consumption expenditure, and the development trajectories of India’s states.

Ghose, along with Anuj Dhar and other friends formed the pressure group Mission Netaji in 2005 to generate public awareness over the official secrecy on matters related to Netaji Subhas Chandra Bose. Since then he has been instrumental in bringing thousands of Netaji-related classified documents into the public domain.

Ghose completed his BSc in Botany from Visva Bharati (Santiniketan) and MSc in Science and Technology for Sustainability from SPRU, University of Sussex. Having co-authored “Conundrum”, Ghose is currently working on a biography of Netaji Subhas Chandra Bose.

Religion, Identities And The Constitution -- A Talk By R Venkataramani

Why The Fascination For Aurangzeb? -- A Talk By Francois Gautier

Cutting The Chaff: Rafale And What Ails Defence Procurement In India

No Child’s Play: How Not To Name Your Child — A Talk By Nityananda Misra