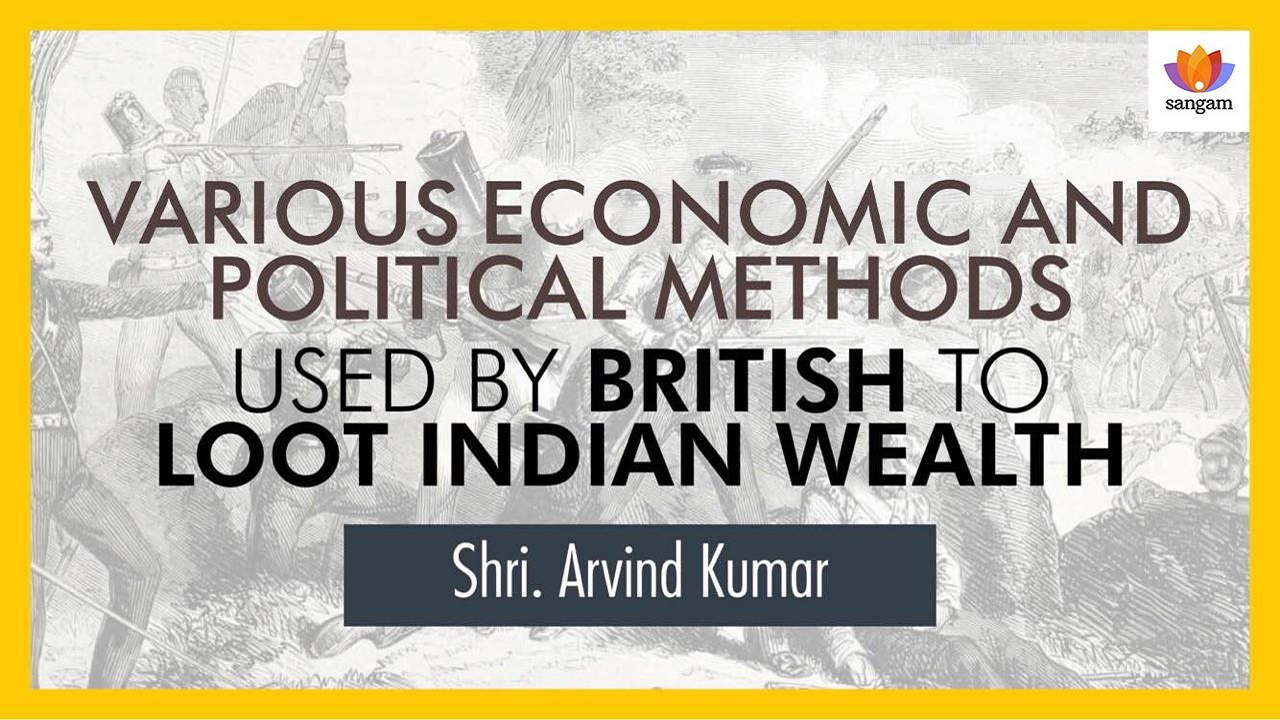 Now the Drain Theory we know that was first by the Dadabhai Naoroji where India was treated as a source of raw material and all the wealth was drained out of India. They would come back and sell the finished product. India also was a source of slaves and Elihu Yale, after whom Yale University is named, actually kidnapped slave. It was called slavery then later. They termed it indentured labor, but even then they kidnap people and took them. So India was also a source of slavery these policies continue to this day. The only differences we see that people voluntarily go and work for the West now, the conditions have been created where, we people think that they are doing something great by going to the west. But if you did not go to the West, they would kidnap you and take you there and force you to work and we know this from history.

The next theories, that’s actually a theory of looting India is the Keynesian theory. According to this theory there are economic cycles, there are ups and downs and during the down period the government would actually do tax and spend and make up for the economy and therefore everything would be fine and dandy and this is the theory.

This is of course not true. Usually what happens when they do as it becomes worse, but then the 1930s of United Kingdom, that is given as the example when this work very well. But the reality, that the Keynesian Economist never talked about, is that the British controlled not only they, British the United Kingdom, they also controlled India. So when they calculate the GDP, they don’t calculate a combined GDP for the entire system. They were just trying transferring wealth from India to UK and then they claim that it work and this work because they, Keynes work in the India office and he knew how to get the money out of India and he was a master fundraiser. That is how his career Advanced in 1910s and when Sterling was weak during the depression era following the crash of 1929. One of the things they did is, they dealing the Sterling from gold because when it was tied to Gold, it was rapidly depreciating. Instead they tied to the rupee.

So what this means is, what is happening today that, there is a demand for US dollars because that’s the global currency and even when they print money they don’t face that much inflation like we face because now there’s a global demand for the US dollar and this happened in 2008. Your intuition tells us that the US dollar should have gone down because the US economy was in shambles. But then it actually went up because during times of uncertainty every other country wanted to move to the US dollar that created a demand. So what is happening is that when we print money we face inflation when they print money we absorb it, we create the demand for them. So it’s socialized across the world. So that is what Keynesian model did.

They deal in Sterling from gold and linked it to the rupee. So the demand would be created in India. In 1931 and 32 they also shipped out a lot of gold out of India and then there used to be a condition that the Indian government would be given loans, run by the Indian government, run by the British. But then, there was a condition that was imposed that the rupee supply be contracted and the reason was to have lower prices and higher interest rates in India by contracting the rupee.

Inside the Tablighi Jamaat [Excerpts]