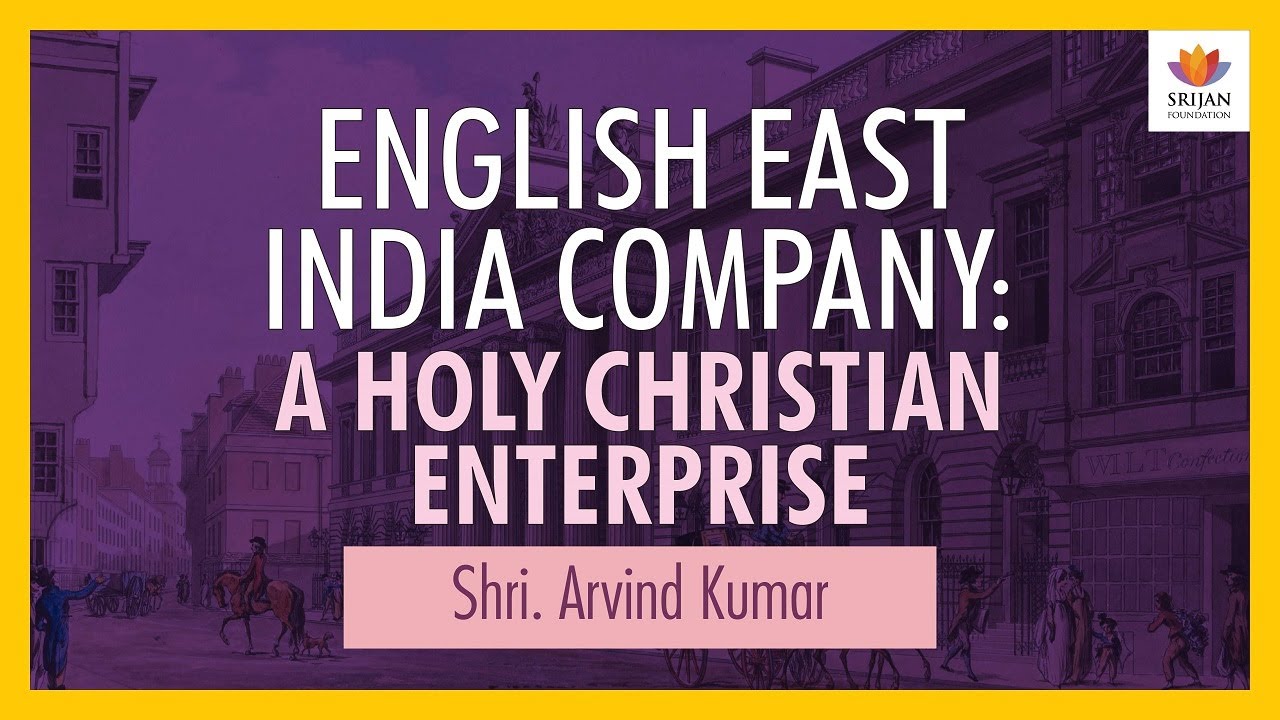 We’ll look at the history of Christianity and how east India company was tied to Christianity. We never learn this because this is scrub from what’s being from our textbooks. What we hear is that it’s just capitalists who came to India out of their trade and they looted India. But in reality the first charter that was given to East India Company was by Queen Elizabeth in 1600. What it said is to do, to conduct trade in those areas of India, without disturbing the other areas, other Christian, other countries of Christendom. So, Portugal and Dutch would not be disturbed, that was the first Charter.

This charter lasted for 15 years and then King James, one after whom the King James Bible is named, hhe extended the charter, he was the first one to and then conversion continued under him. He was the person to name the first convert from India. He called him Peter, that happened in 1616. By 1661, you had chance to, he actually granted the power to wage war against the non-Christians.

So this was to East India Company so East India Company was a holy Christian Enterprise. And again, what happened in 1698 is William 3, he actually made it a condition for the charter, extended the East India company that each Factory must have chaplains and this chaplains must learn Indian languages within one year and start converting people, Hindus to Protestant religion. And in 1813, it was opened the missionaries, India was opened to missionaries officially and this was at the behest of Charles Grant who was a director of East India Company, 1835. You’re all familiar with the Macaulay education system, but that also attack Hinduism of Sanskrit and astronomy. They called it rubbish and they impose the New Testament on India.

There were other things that the East India Company did which were for the Christian world. For example, there was taxes, there were taxes for the pilgrims, pilgrims to Jagannath temple and other temples were taxed and even temples were tax just for existing. So Hinduism had to pay a penalty just for being Hindus. And the Dutch to they use military force to force people to buy what they call the manufacturers of Christendom. And this was in the South Indian Coast.

Inside the Tablighi Jamaat [Excerpts]

Why Every Economic Theory Is A Theory Of Looting India? | Arvind Kumar

The Ideal of Hindavi Swarajya: What factors Led to Its Formation

Why Doesn’t Northern India Have Big Temples Like The South?