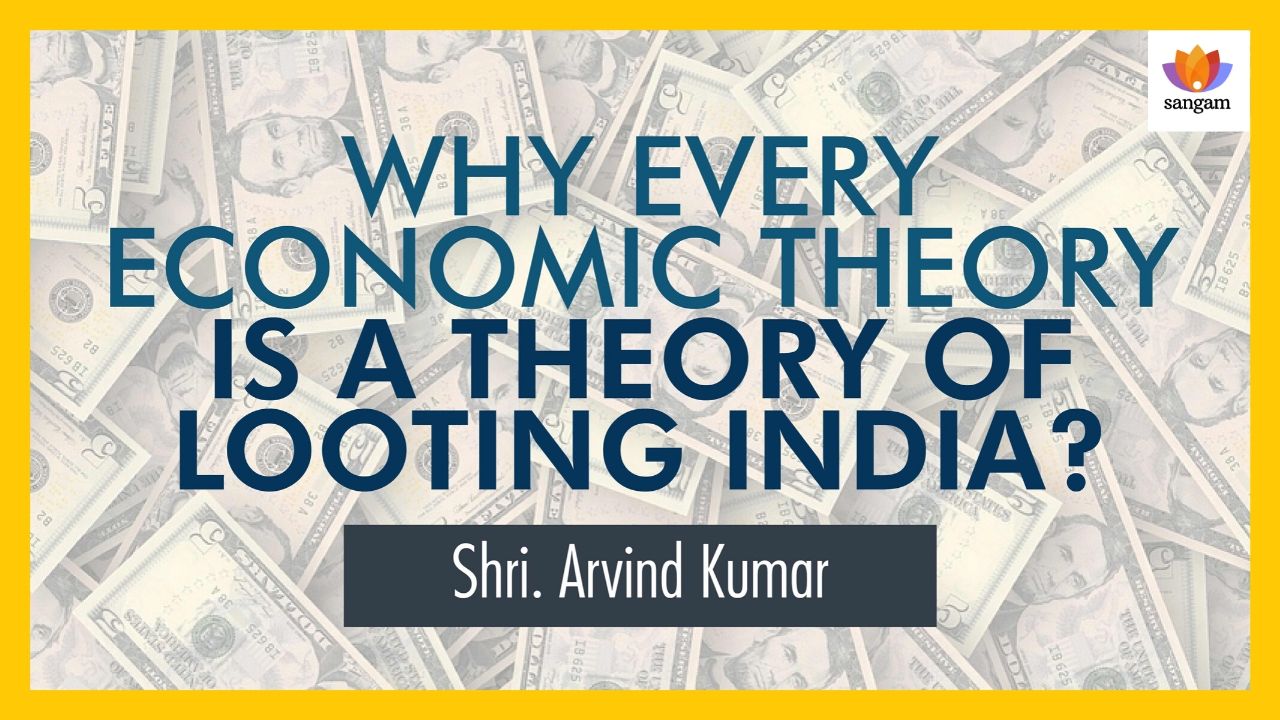 Communism.., how it was supported by India. The Soviet Union had nothing actually. They have gas and crude oil, but then they depended on India for a lot of things like fruits and most of it was tea and tobacco, is what they imported. But then we had the Rupee – Ruble trade. But the Rupee- Ruble trade was tagged against India. For example, for one time when you could buy the exchange rate was wrecked like instead of getting 32 Rupees to the ruble, they would get 38. So there was a three-way play here, between US dollar Ruble and rupee and the mafias on both sides in India and in the Soviet Union. They actually played this game. never scams, where they would create these companies, fake companies on paper just to play with the currency. The other thing that India did was to give arbitrarily high prices for the defense equipment. So it’s a Cash for Clunkers scheme. It’s no wonder that it’s no surprise that the Soviet Union collapsed right after the Indian economic crisis.

Then once the Soviet Union collapsed, we had the WTO and the globalization regime. Now globalization is exactly the same as draining wealth and getting labor. So it continues the mercantilist policies of the 19th century. The only difference of course slavery is replaced by voluntary servitude. You provide the labor, you provide the raw material, but the ownership is of course by the Western corporations which make the profits and the IMF loan for India to require higher interest rates and devalued currency.

So when assume you devalue the currency because as soon as the foreign company comes in, their purchasing power in the near future is its increase, they get more resources for the money they invest. One of the things Manmohan Singh did as part of the globalization of 1990s was to give 16 percent guaranteed profit to power companies like Enron. It’s only the foreign companies, not Indian companies. The pattern regime was tailored to help the West keep control. If you look at the WTO agreement, you will see that subsidies are banned. But then the western companies continue to get subsidies because they have a loophole there. They have a loophole which says for research purpose you can give money, you can go grants, but that is nothing but an indirect subsidy, you give it the university and the corporation works with the university and they come out they develop a drug and then they even get there, they get a patent, even though it’s taxpayer-funded money. But if India subsidizes a pharmaceutical industry, it’s going to face WTO sanctions.

Now, one of the reasons that the Western economic models keep collapsing they are all Ponzi schemes. So what happens is, what the American System, it requires a future generation to bail out the current generation. It’s completely dead driven. For example, their social security requires an expanding population to fund the retired people. Otherwise, it’s going to fail the population. The Next Generation has to have a higher number of people than the previous generation. Now, this is why, there more immigration of Mexicans. Otherwise, the banks will collapse, social Security will collapse. This is not out of love for humanity that they encourage immigration now. It is purely to support the banks.

And since the 1970s, you will see that the US has been on life support every ten years or so, they had a bailout. They had an airline industry bailout in the 1970s and the 1980s there was what was called the Savings and Loan crisis where the small investment firms were going under, they had to be bailed out, and then in 1990s long-term Capital Management a hedge fund failed. It threatened to take down the entire banking system and so there was bail out then, and of course again in 2008-09, we saw the bailout with the mortgage crisis. Now that bailout scheme is what they have perfected. What they want to do is to create, to make India pay with the next bailout. And this is the other reason that every economic theory is a theory of looting India and the way they are doing it will come to that.+

Corona Crisis, #TablighJamaat & The Methods Of Political Negotiation That Muslims Developed Since 1857