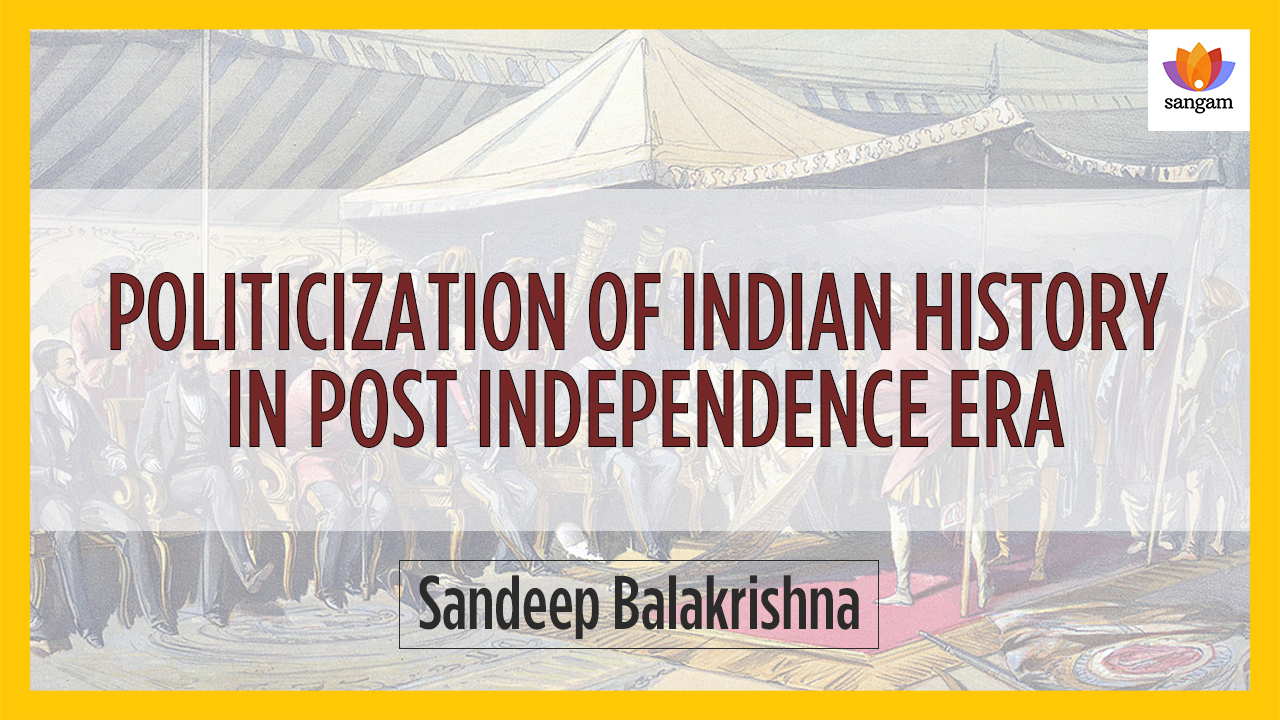 So in that period, in 1948/49, the likes of you know, eminent historians like Romila Thapar, they were not anywhere around the scene. So what happened to the study of Indian history from then on till now? It’s a well-known story and I don’t need to repeat it, but putting it in one line. The enormous politicization and the downfall of history as a discipline, it has been near total and all of you are familiar with Arun Shourie’s book on eminent historians, their technology, lying, fraud.

So, but in practical terms, this politicization of history simply means this. At least 3 generations of our children have learnt this distorted history, false history, about their own country and culture. And some specimens, some human incarnation, which are the products of this distorted history, include the world famous Swara Bhasker and her gang.

And this kind of absolute nonsense is taught from early school level right up to university. We should not be surprised, we should not be sad, that when these kids grow up, they choose to migrate out of India. Your own education teaches your own kids that their own culture, their own country, and they, specifically them as Hindus, in general, are a bunch of buffoons, idiots, weaklings and completely uncultured people. This is what our textbooks teach our children.

How The Mughals & The British Created Widespread Poverty In India