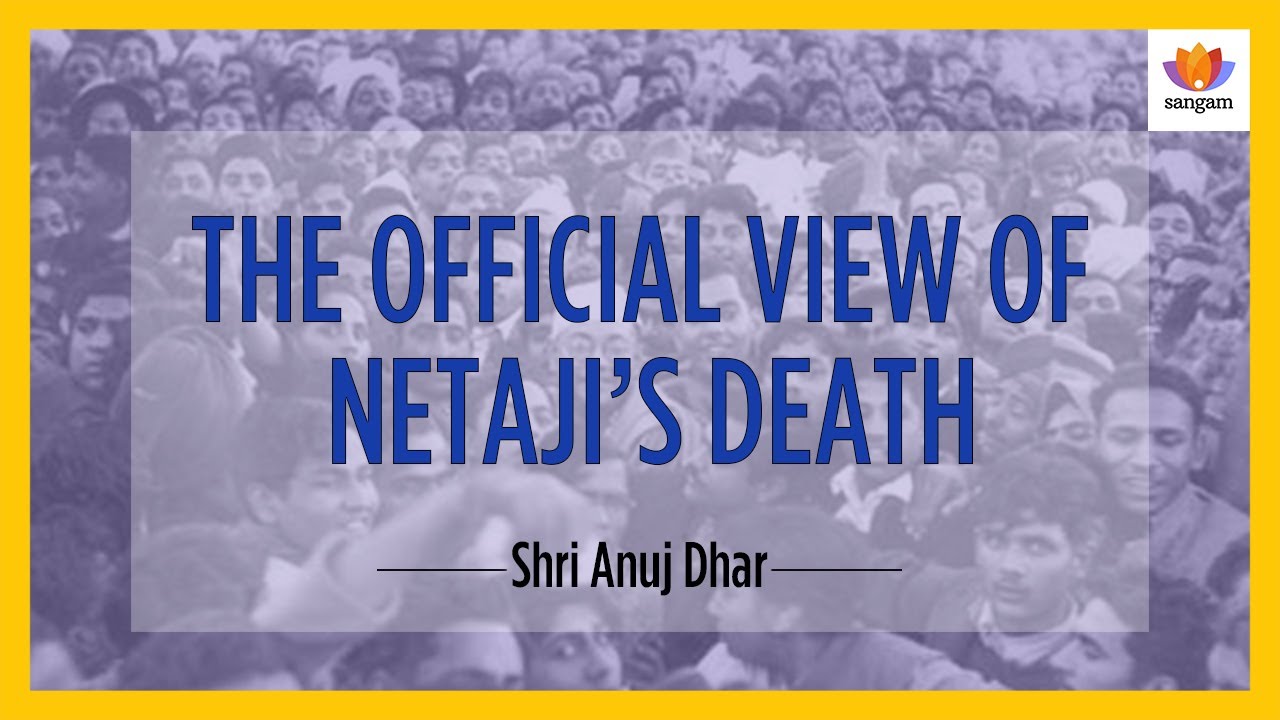 So, This was the time in which it happened. This is the last Picture of Subhash Chandra Bose on the right side (slide). And of course this is how the news was broken in the ‘Hindusthan Standard’ (slide) which was the leading newspaper in Calcutta in those days. And then of course Mukherjee Commission had its inquiry running from 1999 to 2005. And the Commission’s finding was that: MEN MAY LIE BUT THE CIRCUMSTANCES DO NOT.

And he found out, Justice Manoj Kumar Mukherjee, who was the chairman of the Commission inquiry, very honourable, honest judge of the Supreme Court, very good track record; honest man, he ran his inquiry according to the rule book, he found out that all the circumstantial evidences were going against the plane crash theory. This is what he found out and he wrote in his report that the entire make believe story of the Air Crash, Neta ji’s death and his cremation was engineered by the Japanese Army Authorities to save Subhash Bose’s life because they were his benefactors at the end of the day. And in the course of the inquiry multiple things, because the inquiry ran for 5, 6 years, multiple things happened when this inquiry happened.

And one was that for some reason or the other the Government was not, never never wanting to enquire fro mother Taiwanese what really had happened. So, for the first time proper contact was established with Taiwanese Government, and the little role that I had played as a Hindustan Times journalist. And the Taiwanese Government, the plane crash had taken place in Taipei, and the Taiwanese Government informed The Mukherjee Commission in the course of the inquiry that THERE WAS NO PLANE CRASH FOR ABOUT ENTIRE ONE AND A HALF MONTH IN THIS AREA.  The only plane crash that took place had some Americans on board and some POWs. So they were not in position to say, of course they denied that there was any plane crash.

This theory was turned on its head before the Mukherjee Commission. Also the commission on the theory of the official view that Subhash Bose died in the plane crash and his body was cremated in Taiwan, the remains were taken to Japan and they were put in a place called Renkoji Temple and the ashes were of Subhash Chandra Bose’s, Justice Mukherjee applied his mind to this entire episode and he came up with the finding that the so called remains of Subhash Chandra Bose are actually of a Japanese soldier Ichiro Okura whose death was past of Neta ji’s. They had to create a smoke screen so they took the body of a Japanese soldier Ichiro Okura according to Justice Mukherjee’s report, and we have many documents from the British side, Indian side, from the Japanese and even Taiwanese so to speak which talk of the same possibility that these are remains of Ichiro Okura. So according to Justice Mukherjee THESE ARE REMAINS OF ICHIRO OKURA AND NOT OF SUBHASH CHANDRA BOSE.

How did Hinduism led Indians to Science

The Greeks borrowed Indian Mathematic wisdom in the ancient past

What do we actually mean by the word ‘conservative’?