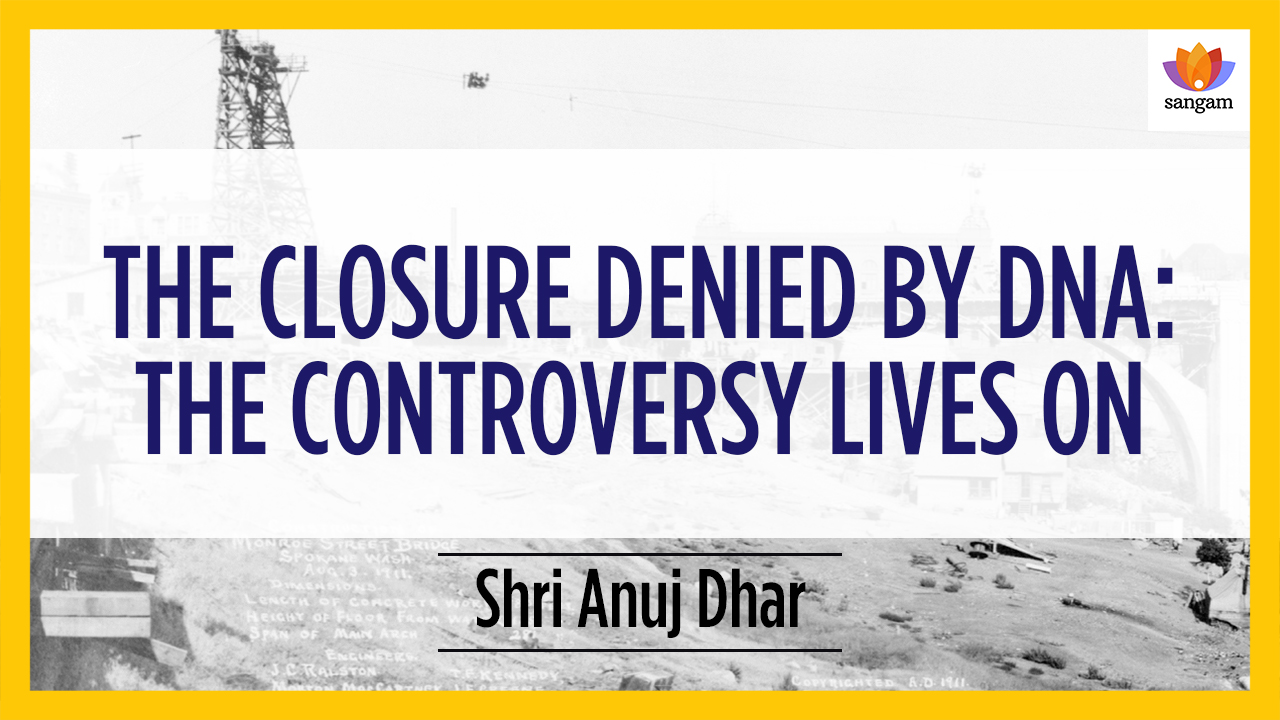 According to Justice Mukherjee the remains at are of Ichiro Okura and not of Subhash Chandra Bose. All the same he tried his best to get a DNA test done. First proper effort was made to have a test done on the remains of some human which are kept in Renkoji Temple. There is a little technicality, lot of people when they speak, they say that Neta ji’s ashes are lying in Japan. But the position is that they are in our custody, so our Ambassador in Tokyo is in charge. If you want to have a DNA test done, it can be done tomorrow morning. Nothing is stopping us from doing so. So they are not in Japanese custody, they are very much in custody of Indian Government, our Ambassador is in charge.

The physical custody has been given to the Renkoji  Temple priest who has pro India feeling as his father had pro India feeling. So Justice Mukherjee tried his level best. He asked many experts,Indian, Japanese, British, American. All of them said that DNA is not possible because these are burnt remains. So this personas cremated in a furnace. It is not possible to extract DNA from a burnt body. All the same the American expert Tary Milton was of the opinion that he can try and give it a shot. He said that to the commission that I can try and do a Mitochondrial DNA test of these remains to find out whether or not these were of Subhash Chandra Bose’s. Mitochondrial is something that comes from the mother’s side.

So if you have someone from mother’s lineage, which we had samples of Neta ji’s sister’s side, from mother it goes to daughter. So from Subhash Bose anybody from his sister’s side would have the same thing. These blood samples from Neta ji’s sister’s side were available, children of hiS elder sister were there. Tary Milton said that I can try and do a DNA test Mitochondrial provided you first do an anthropological evaluation of these remains. Anthropological evaluation would have told whether or not these were human remains, whether this person was Indian or a Japanese in origin, Caucasian or somebody from Africa. So you actually don’t need a DNA, even anthropological test will tell you whose ashes these are. Justice Mukherjee conveyed the idea to Ministry of External affairs that Tary Milton has agreed to do the DNA test and all he wants is that you run an anthropological evaluation on these remains. And this is where Government of India clammed up.

The question is to be raised why cannot we resolve the issue of Neta ji’s death by having a DNA test on all his remains. The answer is that the Government of India doesn’t want it. Otherwise everybody, I mean not to speak of us, even those who support the plane crash theory, Everybody, I mean even Neta ji’s daughter with whom we have lot of difference of opinion, everybody is asking for a DNA test. We all have been asking for such a long time. We all want DNA test but the Government of India is not keen. Why they are not keen? The answer lies in one of the declassified files. This is a noting from 2003 when this issue was raised again and again. This was the assessment made by our Government and I quote from the official file, it reads that: ”

Moreover, slight change in the result may create hue and cry, if the result is positive then the entire issue will be resolved; In case the result comes in negative, as to the DNA result does not tally with the biological samples connected with his relatives, one can imagine the reaction of the nation”.For a govt which has been asserting for the last 55 years or more that Neta ji’s ashes are lying in Japan Tokyo, this is the response was when they were asked to do DNA test. So you can make out for yourself that there is probably something terribly wrong. They probably know that these are not his ashes.

Islamization of Southeast Asia was a Chinese Project

Why Every Economic Theory Is A Theory Of Looting India? | Arvind Kumar

How Were The Shiva Agamas Revealed ?

Why Sabarimala is not a case of gender discrimination