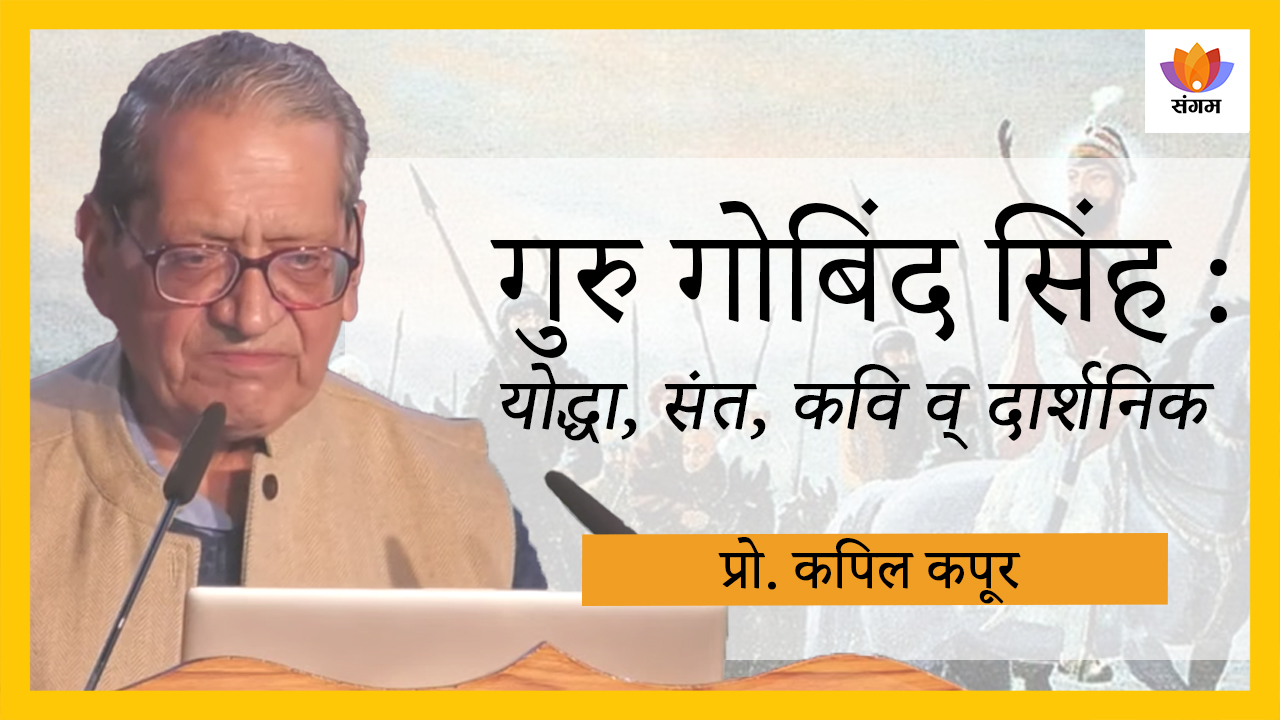 You cannot complete India’s history of ideas without mentioning Guru Gobind Singh. Guru Govind Singh ji composed ‘Bhakha Diyo Banay’ based on Bhagavata Purana. He authored Krishnavatar, in which he wrote the entire Bhagavata Purana in Bhakha in Punjabi. He composed Ram Avatar, Akala Stuti. The latest retelling of the knowledge that India had… retelling … all that was done by Guru Govind Singh. His four sons got killed, father got killed, he himself died at the age of 40, authored so many texts, reformed the society so much and sacrificed his life for Dharma, sacrificed it. Two children, five or eight years old, were confined alive in the wall to death and when they got the news, there was some moisture in his eyes. So, someone asked, “If you will mourn, how will others endure?”

So he would say, “I am not mourning but when you break a leaf from the tree some moisture ooze out.” Extra – extraordinary person, a poet, a saint, a scholar, a warrior, 4-in-1. you won’t find another in the world and we are unaware of him! We celebrate Valentine’s Day in those days, when the sacrifice anniversary comes of his children. Our children celebrate Valentine’s Day in those days, then who is responsible, sir? I don’t know. I think we people who talk of education, deal in education, and everyday decide to do something for our country, I think we are responsible.

Taliban Want To Be Taken Seriously - An Article By Siddarth Varadarajan