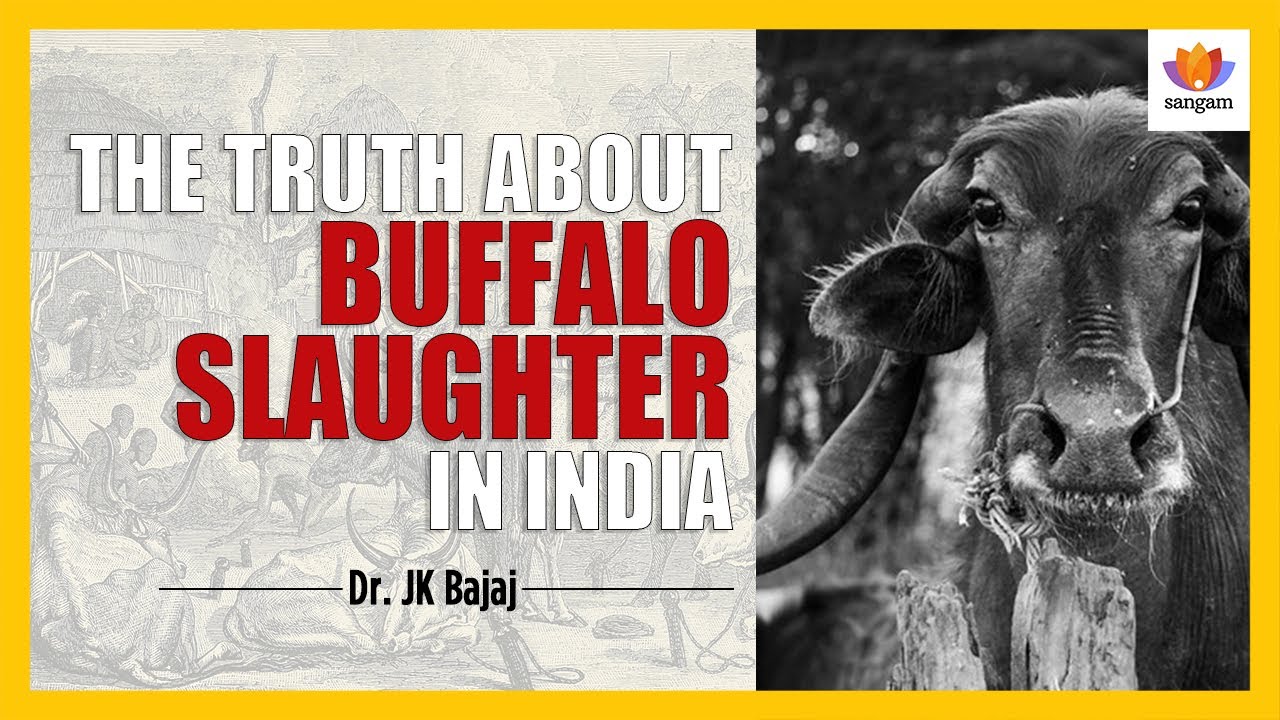 This, you’ll have to deprive much else, in order to produce this because your land is not easily available for raising meat animals. Incidentally 18 lakh tonnes is a very very big number. It amounts to almost 3 to 4kgs per capita per year. For every person in India, you’re exporting 3 kgs of meat to the world, that’s what it means. Our total meat consumption is about 4 to 4 and a half kgs. And we are producing another 3 kgs per capita in order to export. As I said, those numbers are from international sources, and they’re stating this. India, APEDA gives that we have this authority for the promotion of agriculture products. Normally, we are told that about 13 to 16 lakh tonnes of de-boned beef is exported every year, as far as APEDA goes. And this will be equaling to 20 to 25 lakh tonnes of carcass weight. Production of meat in India is about 40 lakh tonnes, double of this.

As I said, per capita, we eat about 3.5, we export about 3. Now, to produce 40 lakh tonnes of carcass weight of buffalo meat, we will need to kill about three crore buffaloes. Three crore amounts to almost one lakh buffaloes every day. And this is a very huge number, killing off one lakh, slaughtering of one lakh. And so, we slaughter three crore buffaloes, which is one lakh buffaloes per day and of this one lakh per day that we kill, half are female buffaloes, and the rest are male calves. In fact, 45% of the whole male stock of buffaloes in India is slaughtered every year. Half of the male stock is slaughtered every year. And these three crore buffaloes that we kill, half of those are done, are in Uttar Pradesh. All of the meat production of India, a half of is, 48% is in Uttar Pradesh. Uttar Pradesh has 42 abattoirs approved by APEDA.

And each of these abattoirs kills about, slaughters about thousand, at least thousand buffaloes a day. So you can get that number of 50,000. If you have 42 of them you’ll be actually killing about 50,000 every day because these will be all slaughtering about 1000-1200 per day. After that comes, Maharashtra which has 13 abattoirs and the 11% of the beef produced. Punjab, of all the places there is a small place in Punjab next to Chandigarh, Dera Bassi. And some entrepreneurs of Delhi, I could name them but I’ll not. They decided to develop that as another hub of buffalo killing. Punjab is a very small state, UP is a very big state, but 9% of the killing of buffaloes is happening in that one small area of Punjab. Kerala has 7.31% but most of this is for local consumption. Kerala is one state which eats beef in a big way. There are no approved export, approved abattoirs there. All of it is local. Telangana in Hyderabad is another area which was developed as a beef producing region. Telangana, Andhra Pradesh of course who were one together they were doing 13% of the beef killing. In fact, those who can this number can be related to much self of the demography of India. Of course the Punjab number cannot be related to the demography, it is happening as an exercise by a certain set of of entrepreneurs. Bihar again, like Kerala, whatever 5% is produced is not for export. Export is basically Uttar Pradesh, Maharashtra, Telangana, and Andhra Pradesh, that’s where the export quality killing is being done.

The Beginnings of Indian Agriculture - A Talk By Dr. Anil Suri

British Map Shows The Maratha Dominance In India In 1800

According to the inscription on the Qutub minar mosque, 27 magnificent temples were taken down to build Qutub Minar and associated mosque