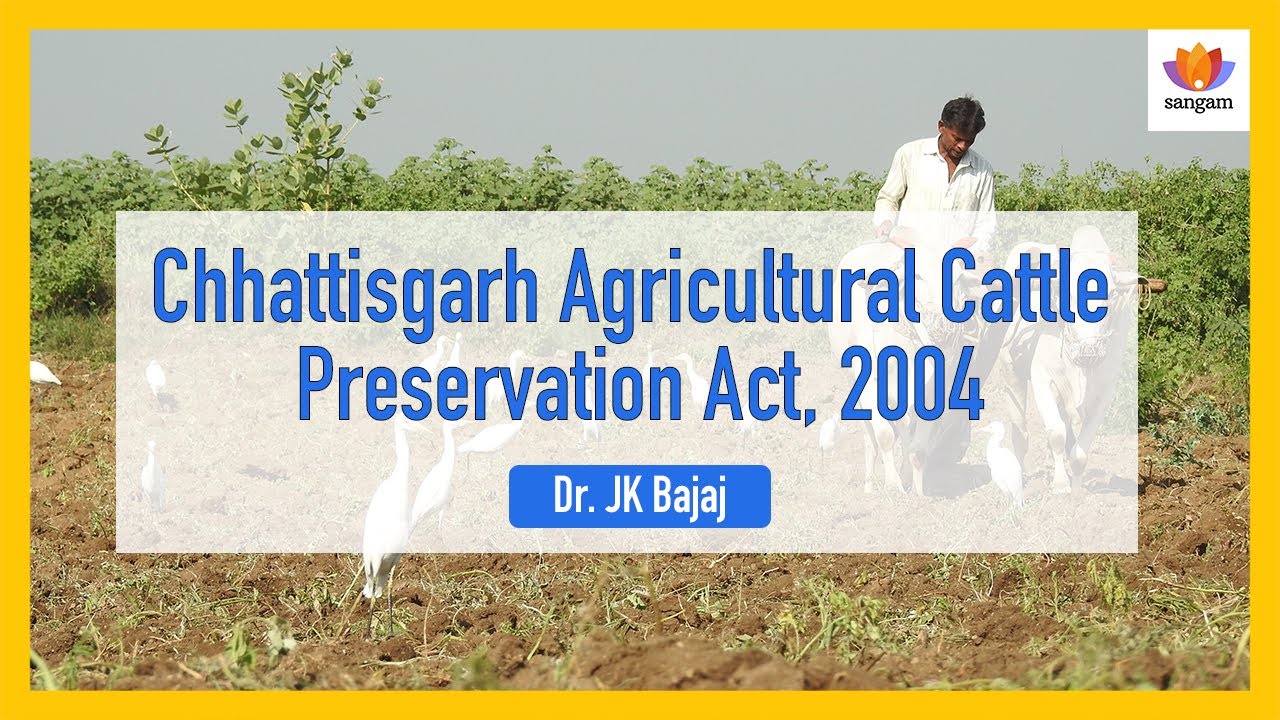 In Chhattisgarh, females are lesser than males amongst the buffaloes and you see calves as only this proportion and adults as this as it should be. So, while here you see the males are only this much and amongst them, there’re only these many adults. So what you do to them as an enterprise is all seen in the data in this case because with animals you can be much more experimental so whatever policy you set up, you’re able to execute in numbers. Now, this Chhattisgarh is one state which doesn’t do slaughter, and not only it doesn’t do slaughter, it has made it’s Act in a way that the slaughter of buffalo is impossible. And the reason of it, Chhattisgarh is a, like most of India, Chhattisgarh is also a rice-growing state, and for paddy cultivation, male buffalo is as important animal.

That, jab keechad banate hain, toh… it’s the male of the buffaloes who are better capable of doing it than bullocks. So their law… I was interested, I didn’t know that laws are written like that in India even today. It’s a very simple law says that in this act, unless the context, otherwise requires, beast means flesh of agricultural cattle and then in the definition it’ll say, “Agricultural cattle means an animal specified in the schedule” and that schedule will say, agricultural animals catalogue cows of all ages, calves of cows and of she-buffaloes, bulls, bullocks, male and female buffalo, so nothing is excluded, and no loophole is left for excluding anything. In fact even the preamble is very interesting. It says, “An act to provide in the interest of general public and to maintain communal harmony and peace, for provision of slaughter of agricultural cattle and for matters connected thereto.”

Now this, that is in the interest of general public and to maintain communal harmony and peace, is a clear upfront statement as to why we need to protect the cattle in India. And the provision clause is very simple, “No person shall slaughter or cause to be slaughtered, offer or cause to be offered for slaughter of any agricultural cattle.” There are no exceptions written here. “And no person shall possess beef of agricultural cattle slaughtered in controversial approach in this act. This is only, this is one place where they have tried to put slaughtered in controversial approach in this act, which means you can import beef from other states, because if it is not killed in Chhattisgarh, then you can have beef, is what it means and I don’t know why this is kept.

And this provision on transport is also very clear. “No person shall sell or transport or offer to transport or cause to be transported agricultural animal from any place within the state to any place within the state or outside the state for the purpose of its slaughter in controversial approach in this act or with the knowledge that it will be or is likely to be so slaughtered.” So one of the clearest Acts that the Chhattisgarh. This was made in 2004 after the state was… Compare it with the Uttar Pradesh Act. Uttar Pradesh Act, the title is Prevention of Cow Slaughter Act. It’s not Prevention of Slaughter of Agricultural Animals. And it’s 1955 Act which has been amended several times what I’m reading out of the amended Act, I think the last amendment would have been 2011. Preamble says, “Wherever it is expedient to prohibit and prevent the slaughter of cow.” So Chhattisgarh it is a matter of public policy. The preamble says, “It is a matter of public policy for the welfare of the general public and for maintaining communal harmony.” This Act says that it is a matter of expediency from the state. I don’t know why this is written in this manner, but unless there’s a political direction, this is how the laws will be drafted.

“Accepted and not withstanding anything contained in another law for the time being forced, no person shall sell or transport or offer for sale or transport or cause to be sold or transport beef or beef products in any form except for such medicinal purposes as maybe prescribed.” From where has this come from. No. I couldn’t even understand what is happening. You’re just creating loophole after loophole. Then there’s further exception. “A person may sell and serve or cause to be sold and sell beef or beef products for consumption by a bonafide passenger in an aircraft or railway train.” Some madness has come into this. Why are we saying these kind of things? Except that we have doubt about what we are trying to implement, what we are trying to implement.

Krishna Rajya- An alternative system of Government for Modern India