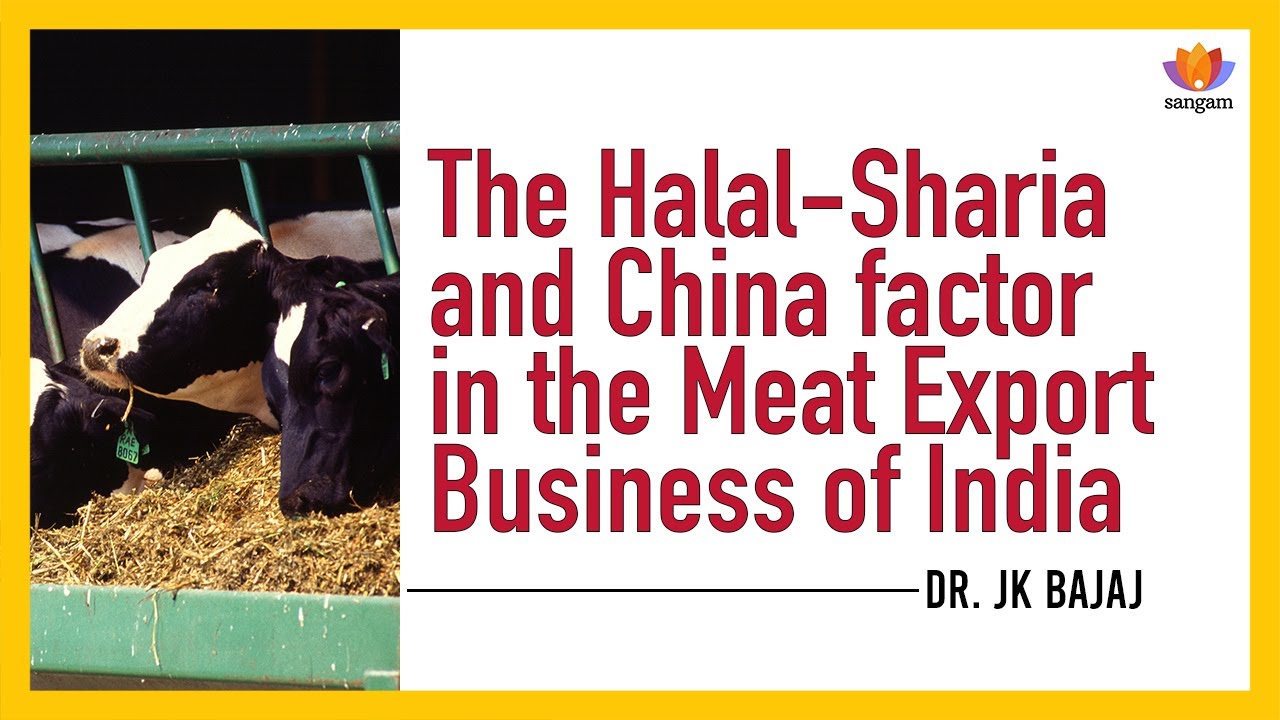 One of the things, it’s manual say that, all meat produced in India in APEDA approved abattoirs will be a halal. It’s just not will be halal of any kind, it has to be certified halal. For it to be certified the manual says that all animals must be slaughtered by halal method in the presence of holy man, assigned by All India Jamait-e-Ulema-e-Hind as per Islamic Shariat for certification. I couldn’t believe my eyes when an agency of the Government of India writes in it’s manual that you have to hire a holy man from a particular Islamic agency. In fact, in the more detailed manual they will be also writing down how much you must pay for it. And insanely, this is surprising. I don’t know why are they insisting on halal because of the buffalo meat exported from India, nearly half goes to Vietnam and Vietnam has not a single Muslim in it’s population. There are also countries like Philippines, and Thailand which are amongst the top five, six importers from India. They have maybe 5-6% Muslims in population. The meat which goes to Vietnam actually is meant for China. Because Vietnam doesn’t consume that much of buffalo meat. And Vietnam is otherwise fairly rich agriculturally. They’ll be producing much of their meat.

And why does it go via Vietnam? Because China doesn’t want to buy directly from India. And for that, we keep entering into all kinds of arguments that China should somehow agree to buy directly from India. And one of the reasons China keeps on giving for not buying from India is that India has this what’s called hand, foot and mouth disease. And hand, foot and mouth disease is a infectious disease and they don’t want to get meat. And that’s the argument they give. They get that same meat from Vietnam but they don’t want to buy directly from India. That disease is actually a very significant disease which should be eradicated from India. There’s no doubt about it that that disease should be eradicated. But China keeps on playing games with it. I told you that export last year, 2019, 2018-19 has come down by about 15-20% from India. That is because China decided that from Vietnam also they will not take that Indian meat. So if you had gone through the reports of the last four, six, four five months, the Indian meat industry has been crying that, “Do something about it”. Because our total from… According to the APEDA numbers, from about 14 lakh tonnes the export came down to 11 lakh tonnes.

And China can do it anytime because they can decide not to take from Vietnam. And then our industries are immediately impacted. Incidentally, and this I’m not holding against our current government. Our government… When Modi government came for the second time, one of the first decisions it made was to launch a program for the eradication of foot and mouth disease. And they, I think, even signed something like 13000 crores for the next five years to be spent. This decision itself is an important decision. We should not have that disease in India. But if it is, as it has been reported in the press, it has been taken to convince China that they can buy from it. I don’t believe that it’s taken for that purpose. But if you read The Print article, The Wire article, they’re saying that this is it. This is the decision taken for encouraging export from India. But I hope we are not negotiating these things with China. We don’t need to negotiate on… There are many things we need to negotiate with China, but that they should eat our buffaloes, that is not the kind of thing we need to negotiate with them.