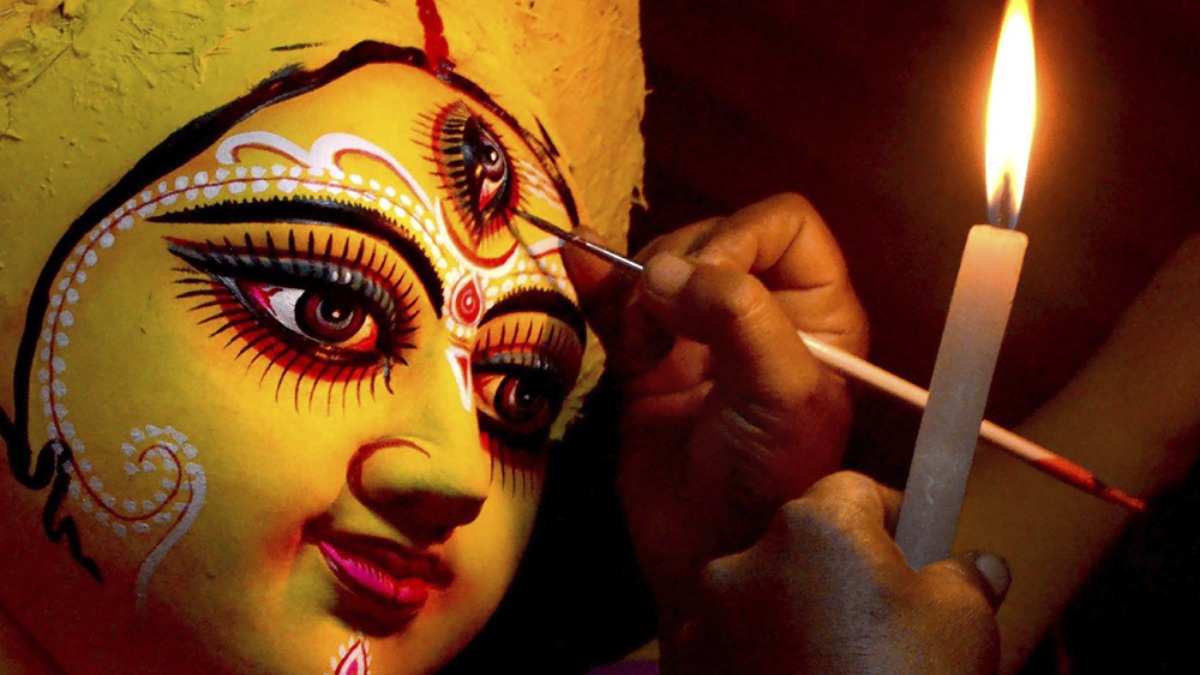 In light of the excitement surrounding the upcoming pujo season, I was recently asked about why the punya mati, or ‘virtuous soil’, that is included in the making of the idols of Maa Durga, must be taken from nishhidho pali (forbidden territories) – in other words, begged for at a courtesan’s doorstep. I’ve never really paid attention to that ritual. I was first exposed to it when I watched the movie Devdas, and it didn’t strike any curiosity chords in me then. Being asked and not knowing the answer got me inquisitive.
As I do with anything and everything that I don’t know enough about, I looked it up on the internet. It turns out that no one seems to know for sure. One of the common explanations I got was that when men entered such places with sin on their minds, they left their virtues at the door; hence, the soil from a courtesan’s doorstep contains the purest of virtue. Now I don’t know if you see what I think is so wrong about this explanation. Firstly, such men probably left their homes with sinful intentions, thereby having left their virtues behind in their own houses. Secondly, I don’t like or identify with the idea of discrete locations of purity and virtue.
An alternatively offered explanation was that this is done to include the even most excluded types of women in the making of the ultimate divine feminine figure. Now, if that were true, at least on that superficial level, I should think that part of the punya mati would be taken from leper communities as well. They’re equally excluded in our society.
But this category can be explored further. Perhaps the soil from these areas is taken to include one of the most potent forms of femininity in the making of a wholesome female entity. If there is a woman behind every successful man, there’s one behind every fallen one as well. Femininity is the most powerful weapon that a woman has. Important men have made big decisions based on their weakness in front of female potency. A wife cannot always be seen in this light; women living off their bodies might more accurately represent this side of womanhood. And who are we to judge another human being? Every form, every roop of a woman is to be celebrated. After all, Durga represents the pure, complete, omnipotent female.
While discussing this with a few of my family members, we came up with another possible explanation. It was suggested that perhaps this ritual is done to rid a man of his guilt. Keep your minds open for this one. Going by the old ways of society, a man could be unknowingly related to the courtesan he will get the holy soil from. When this man knocks on her door, he does not know how to address the woman – she could be like his mother, or like his sister, or his aunt, depending on how frivolous he or his male relatives have been – so he does not know how he may or may not be related to her. So when he pays his respects to her by begging for the mud, he respects her, not in respect to a relationship or any stereotypes of society, but as a woman, and a woman alone. In a patriarchal society where women are either someone’s daughter or someone’s wife, this unconditional veneration might be considered to be the purest form of respect anyone can have for a woman.
I don’t know if people today even know the reason we have this ritual at all. I definitely don’t, and didn’t find any conclusive answers on ever-knowing Google either. If we start to demand the underlying reasons behind all the rituals we have for festivals these days, we will find a large percentage of them unexplained to the present society! May Durga evoke respect for all forms of Nari, not only be prayed for nine days and forgotten!

Dwarasamudra, the capital city of the Hoysala empire was besieged and destroyed by eunuch Islamic barbarian malik kafur

The Division Of Sanskrit Versus Dravidian | Raj Vedam

Krishna Rajya- An alternative system of Government for Modern India

Why Aurangazeb was Unable to Capture Much Territory From the Marathas